BIANCA Gascoigne looked in super shape as she slipped into neon yellow sports gear for a run.

The 34-year-old showed off her toned midriff in the crop top two-piece as she headed out in Holborn, London. 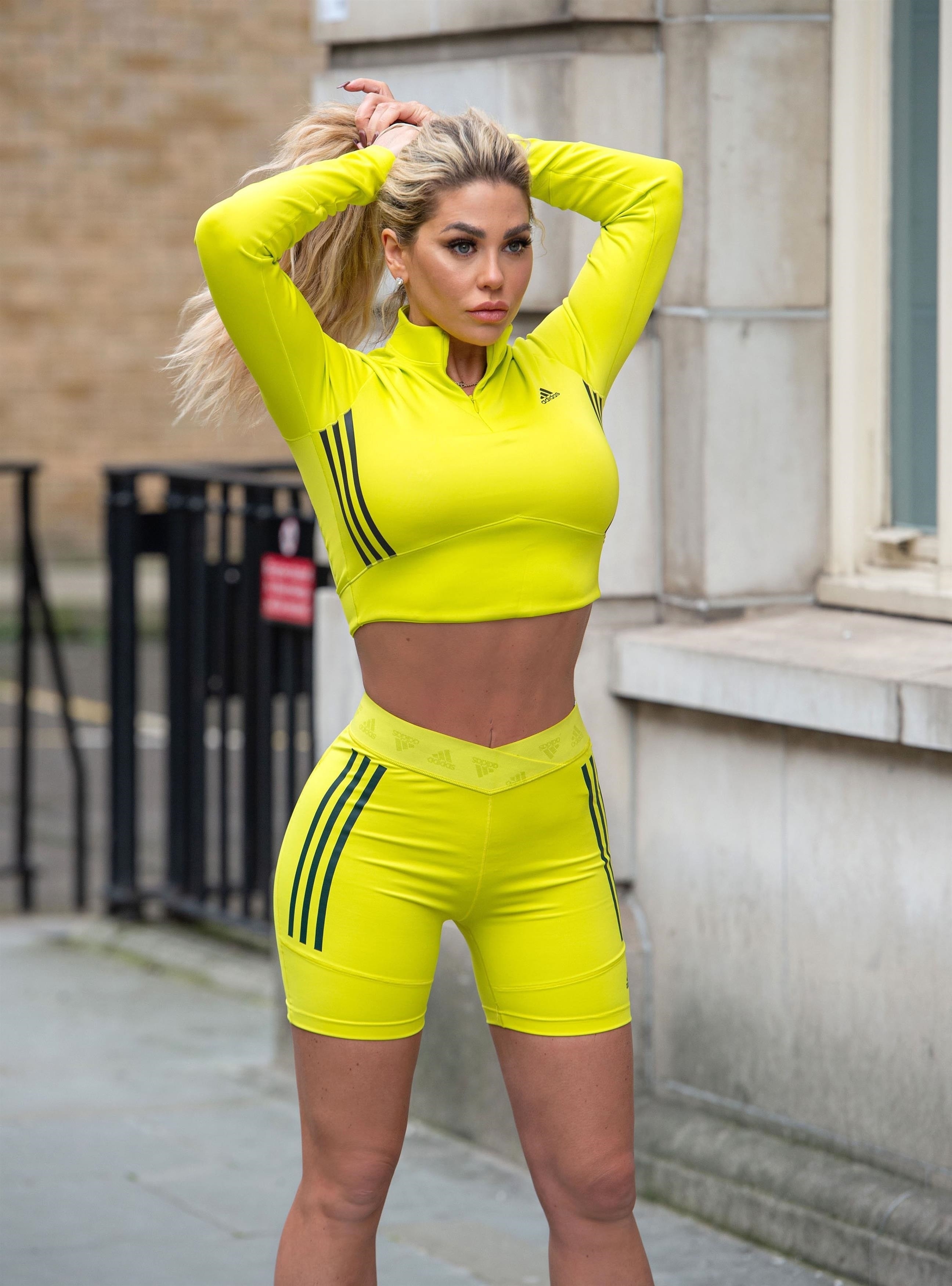 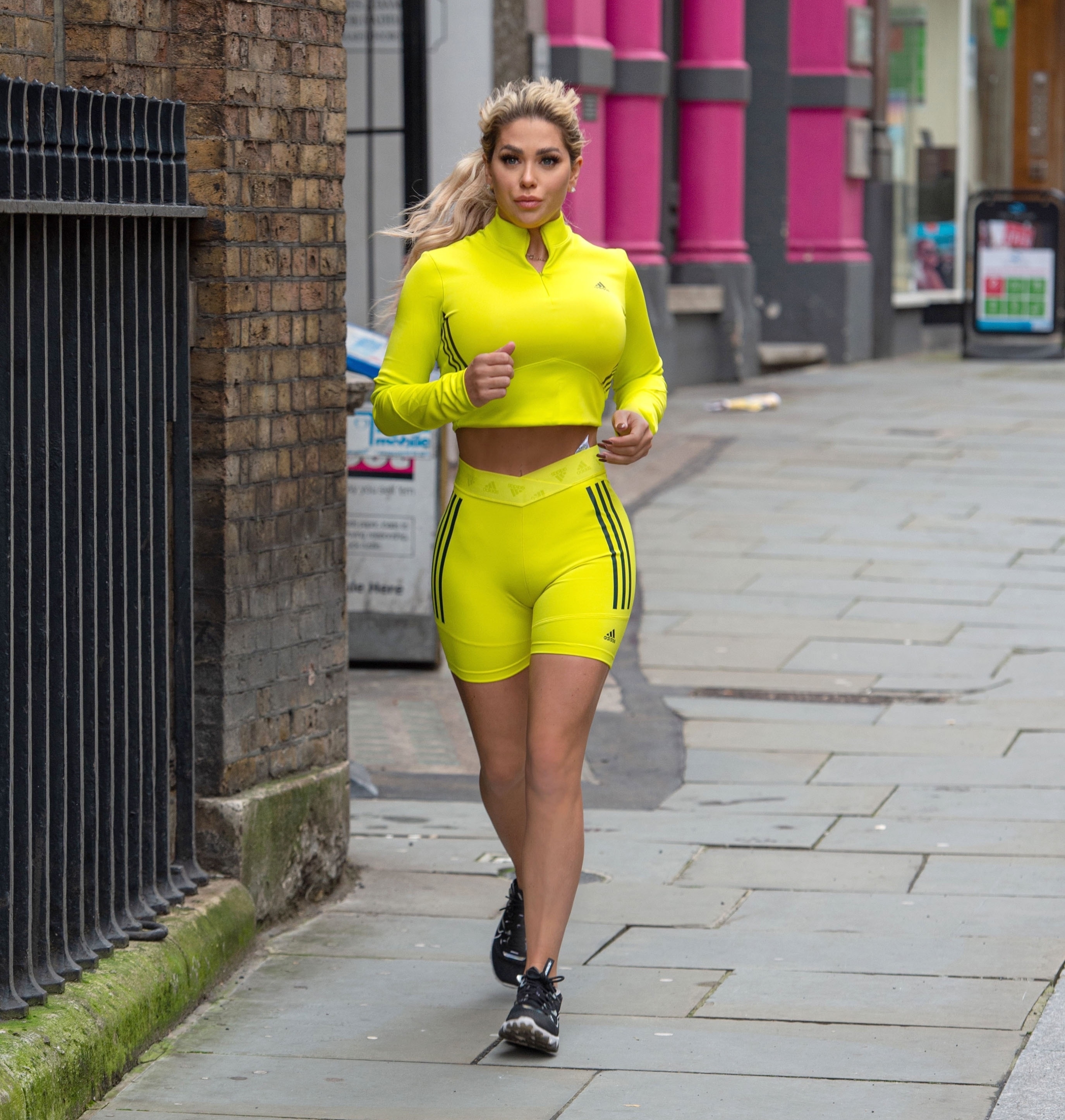 Bianca still managed to look glam for the session, wearing her blonde hair in a ponytail and a full face of makeup.

She recently unveiled her brand new "smaller boobs" as she posed in sexy black lingerie for Instagram.

The model previously told The Sun that her old 34E implant had "burst" after 13 years – and now she is feeling the "best she's ever felt". 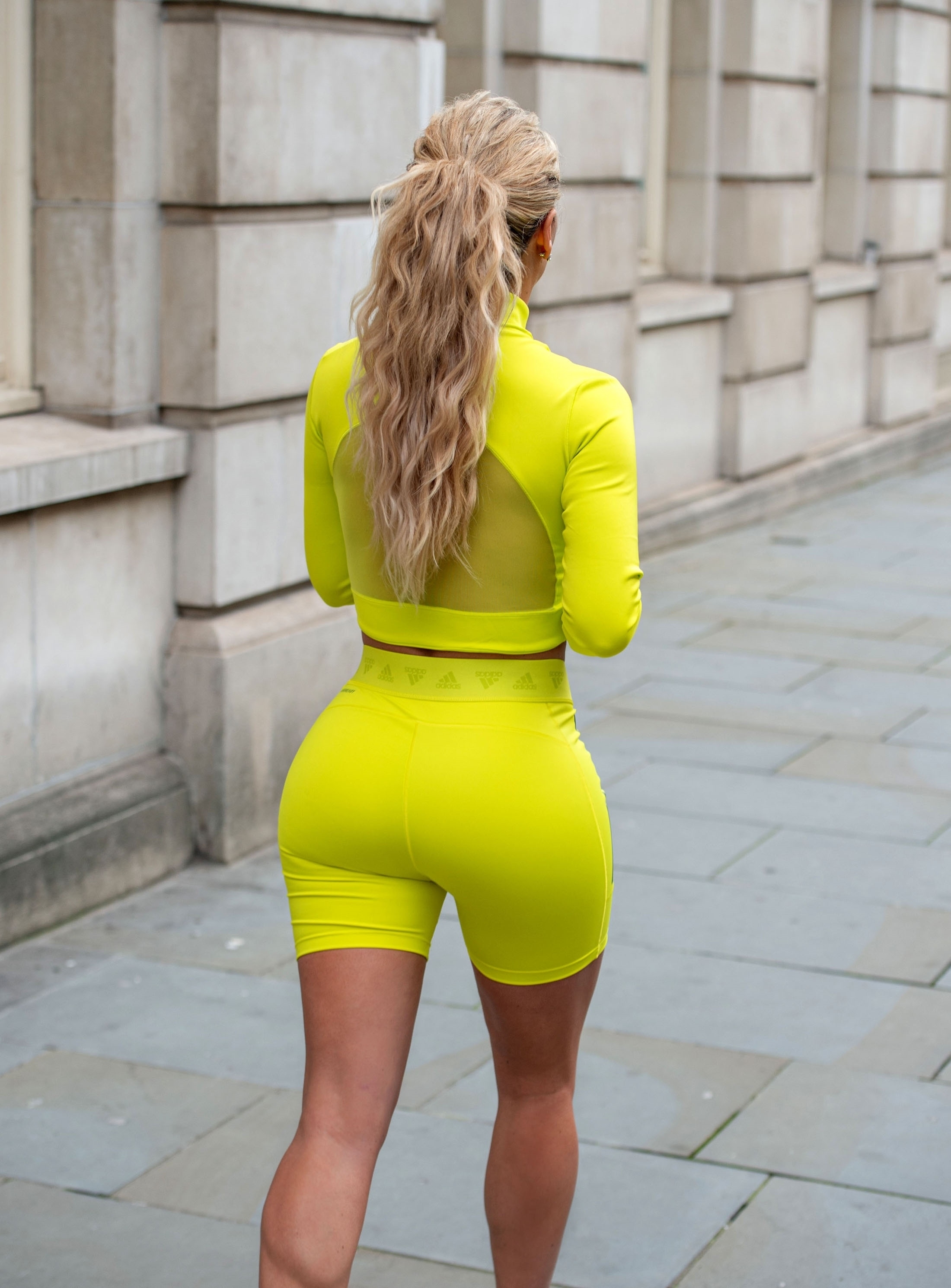 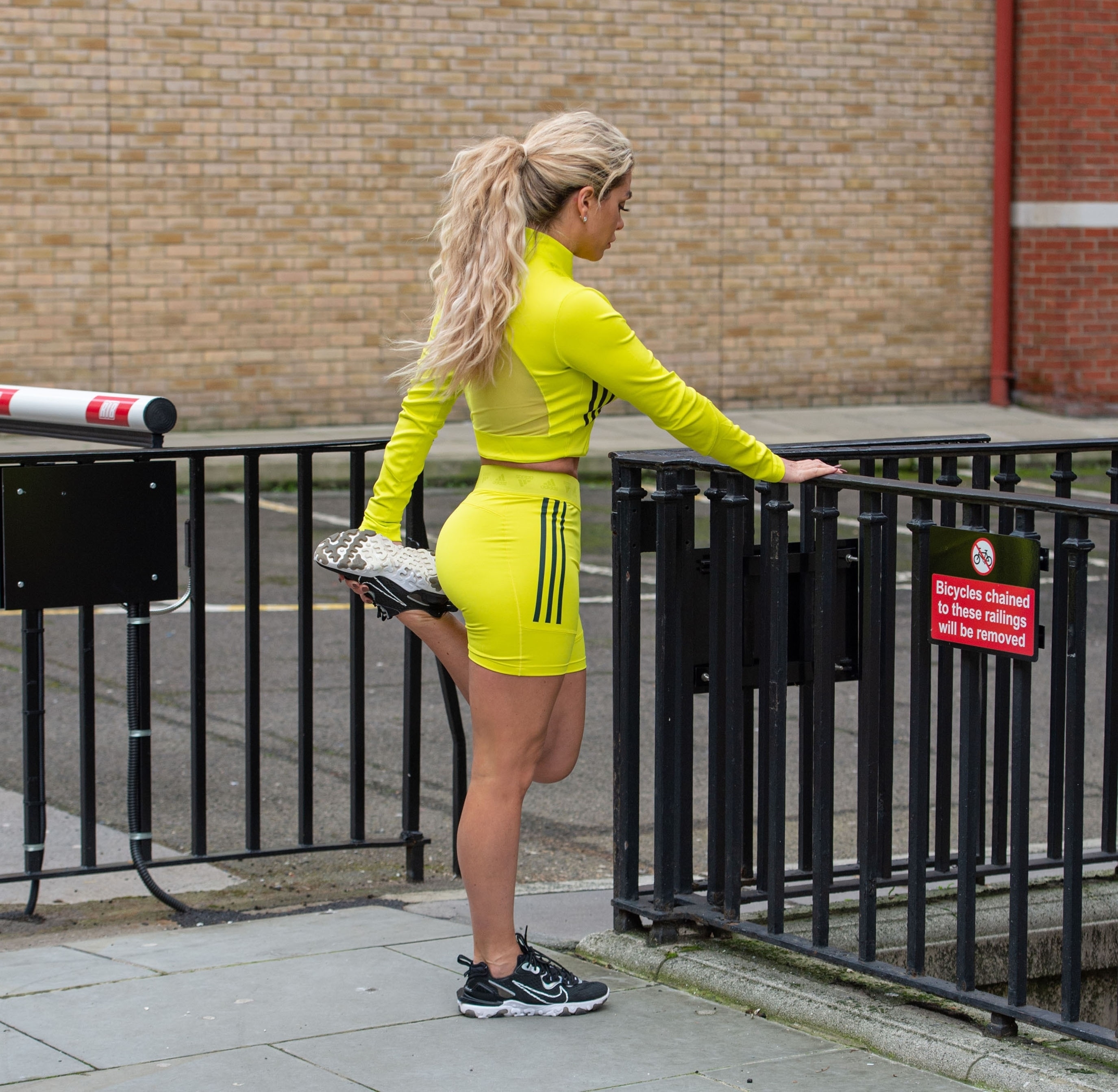 In a selection of sexy snaps, Bianca looks sensational in a plunging black lace bra with tiny matching knickers.

As well as her new boobs, the star is also showing off her enviable toned abs, with Bianca penning in the caption: "Feeling the best I’ve felt at the moment physically and mentally, so happy with my new smaller boobs which I had done by @comfortzonesurgeryofficial

"I had my old ones in for 13 years so it was time to change one of my implants actually burst so it was the right decision to want to go smaller, which also doesn’t make me feel as top heavy now." 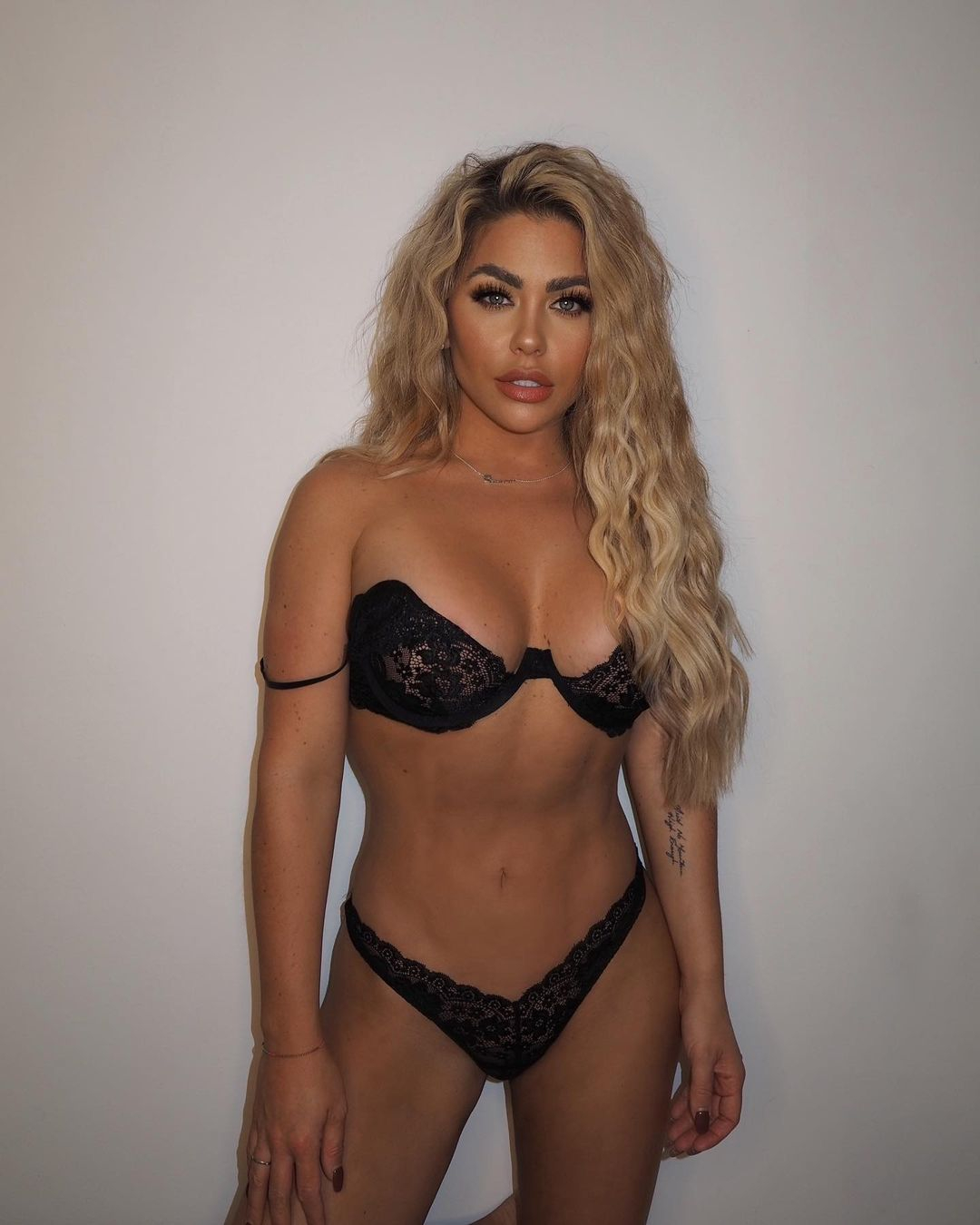 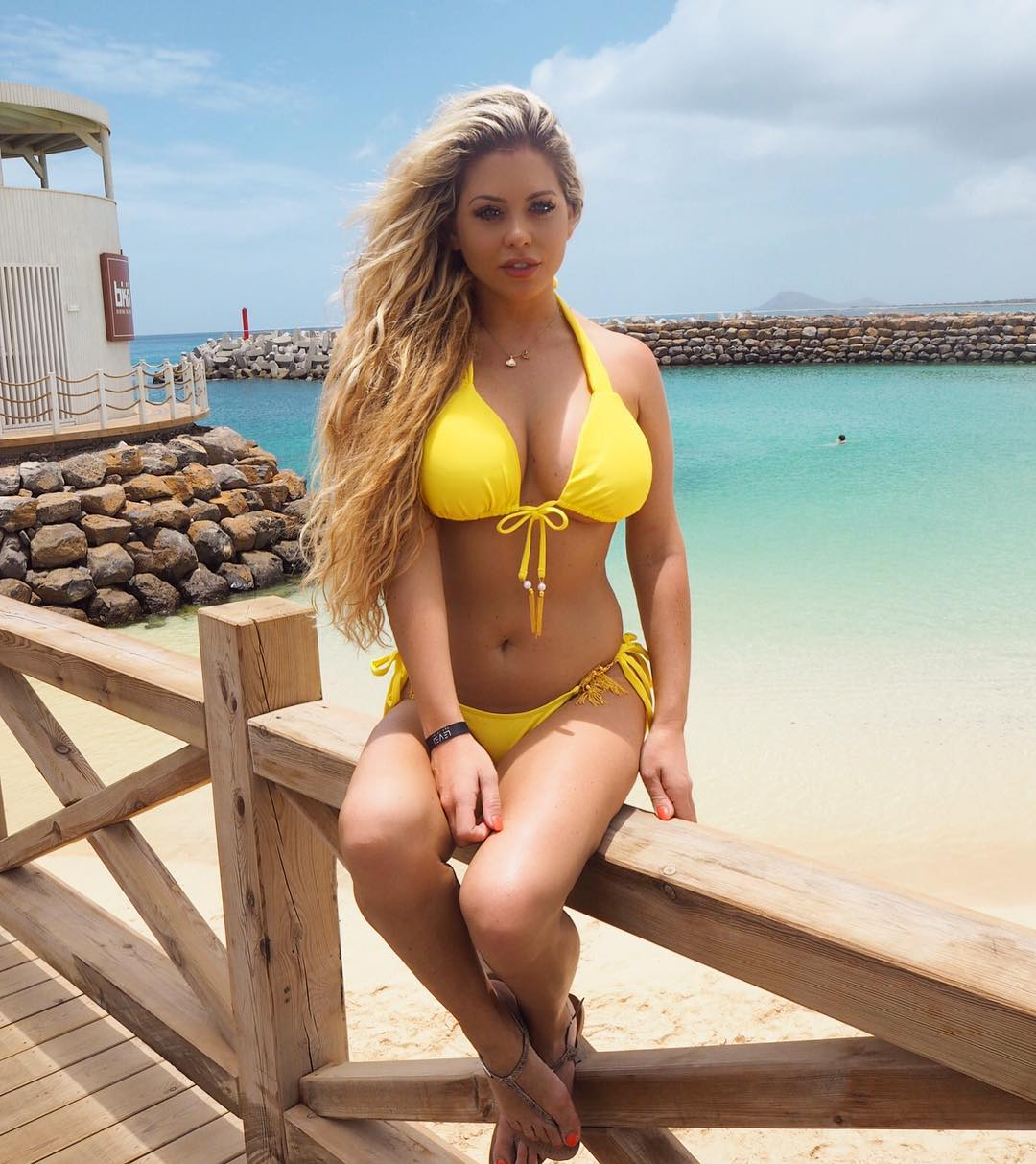 She went on to open up about her body dysmorphia battle, detailing: ""I’m on top of my fitness I’ve cut down on booze I’ve been doing the 5.2 diet making sure I don’t eat between a certain time and working out 6 times a week I'm not blessed with a good metabolism so I have to work REALLY hard at trying to lose weight.

Last month, Bianca spoke exclusively to The Sun about her ruptured implant – which could have left her in unbearable pain if it had carried on leaking undetected.

She told us at the time: “I feel so lucky. If I’d not gone in for the operation, I would not have known about the rupture and it could have been really dangerous. 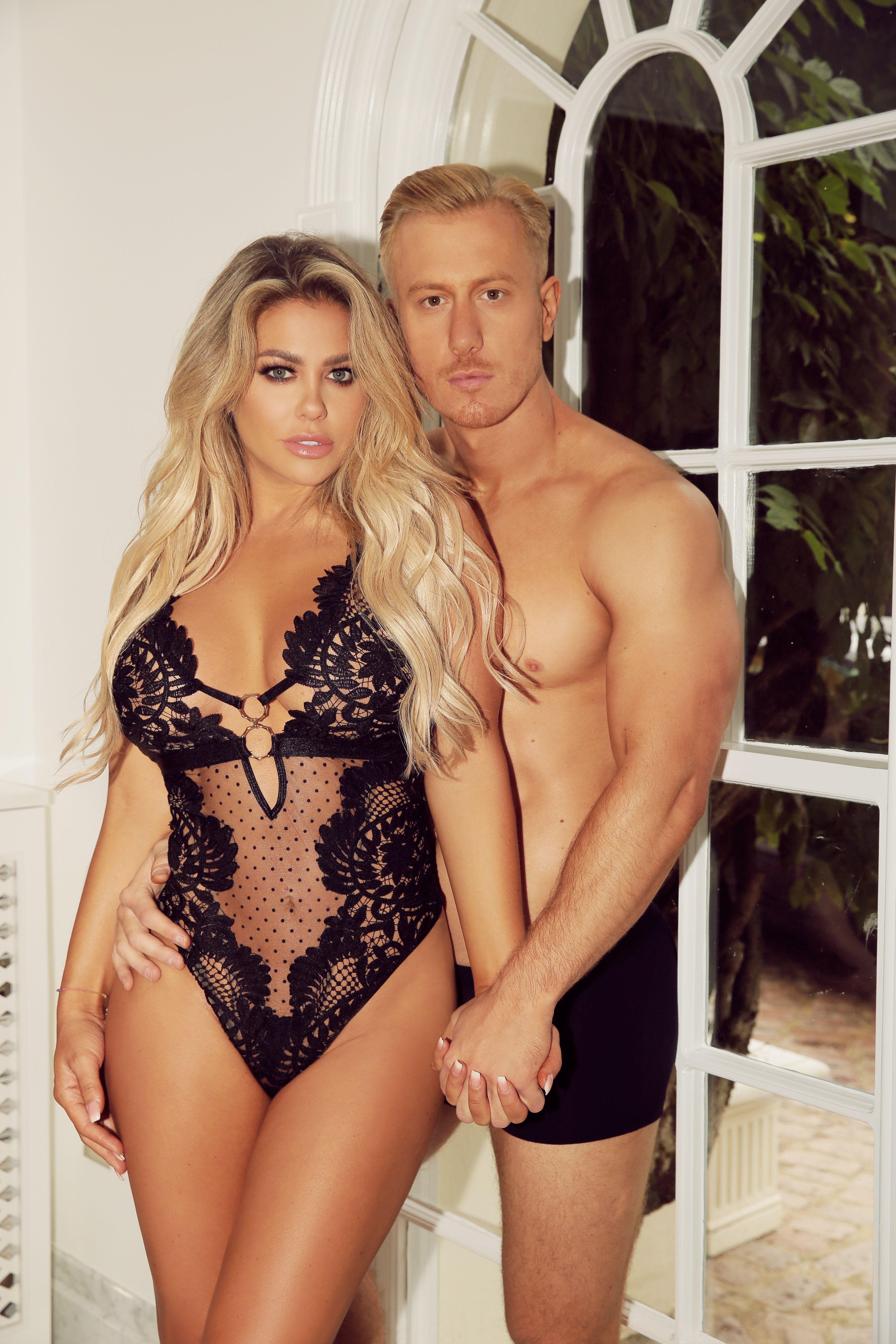 “It’s scary. When they told me, I was freaked out. Thank God they found out and dealt with it while I was under anaesthetic, otherwise I would have majorly panicked.

“I’m just relieved it’s out and it confirmed to me that this decision to go smaller was the right one for me.”

Bianca has battled body dysmorphia since the age of 13, and even dreads the idea of having children with boyfriend Kris Boyson, a personal trainer, as she worries how her figure will change.

She told us: “The thought of gaining weight scares me when I think of having children.”