Queen: Meghan Markle not travelling to Aberdeen with Harry

TalkTV presenter Mike Graham joined Vanessa Feltz’s show on Thursday to discuss the Queen’s health updates after Buckingham Palace confirmed she was under medical supervision at Balmoral. While on air, Vanessa relayed the news that Prince Harry would be travelling to Scotland alone and not with Meghan Markle as previously reported.

Mike commented: “Prince William went alone because Kate decided to stay back and look after the children so maybe that was wise.

“I think a lot of people would have said perhaps it’s better that he goes alone.

“I think it’s now a very close knit family situation and I don’t know if you would see things a different way if she was there,” he added.

“I’m no fan of Meghan, I know [Vanessa] you don’t feel exactly the way I feel about her but I don’t think you would want Meghan in a situation in that because you won’t know what she would say.” 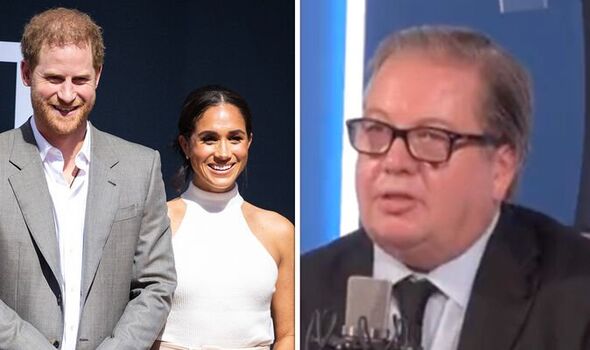