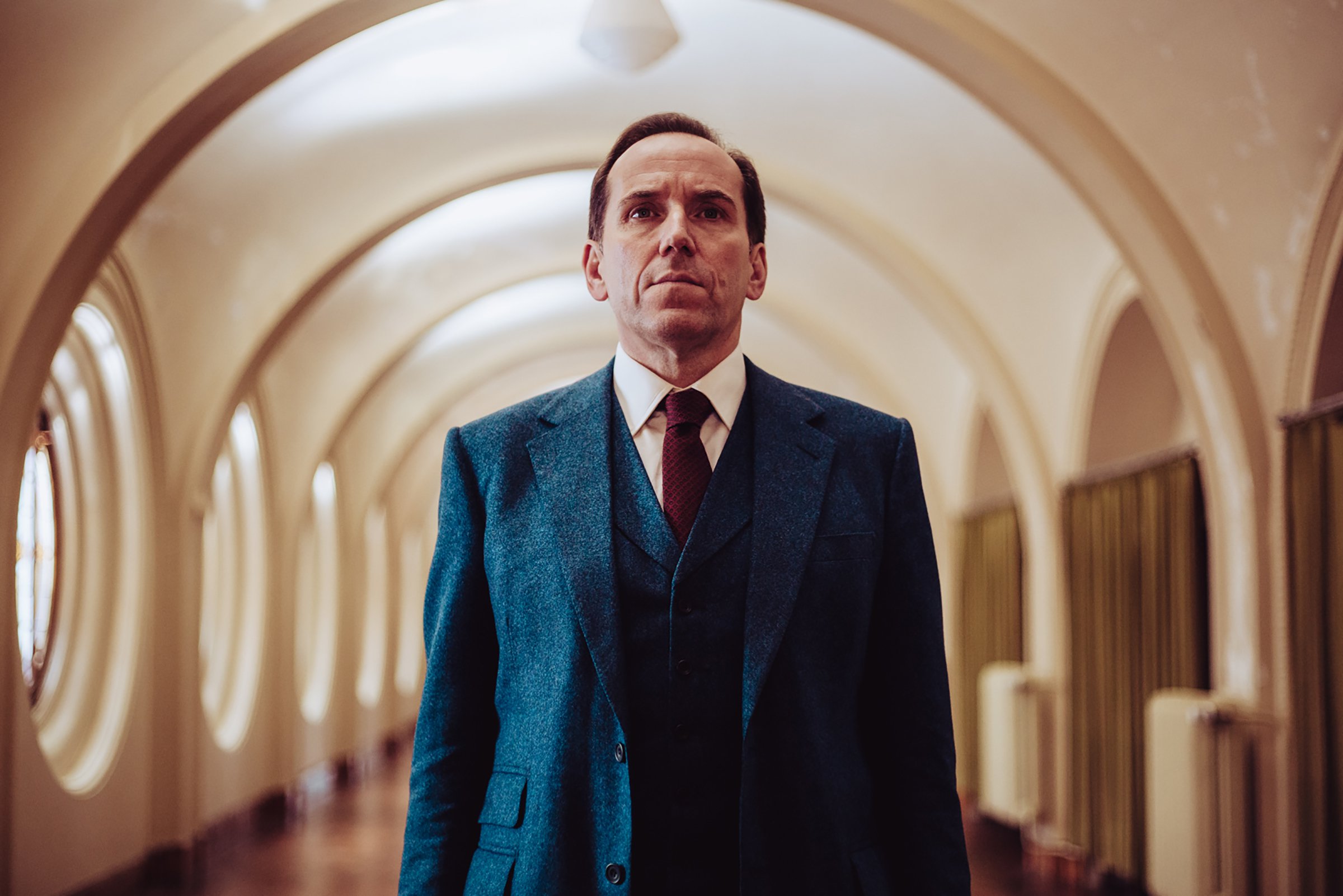 Any actor playing a character with a mental or physical affliction will talk about making sure they do the research to do them justice.

Ben Miller didn’t need to do any of that to play Professor T, a character who suffers with severe OCD.

‘I had OCD myself quite badly when I was in my twenties – as many of the people who have worked with me will attest,’ says Miller.

‘I’ve been really lucky and it seems, as I’ve got older, to have got better as my anxiety reduced. That’s one of the things that attracted me to the character in the first place. I just thought, this is meant for me.’

Miller underwent cognitive behavioural therapy to help ease his symptoms – and can look back now and identify the causes of it.

‘For me, OCD was about anxiety and trying to control the one thing you can control, be it the position of an object on a table or wanting to repeat the same patterns of behaviour over and over again – to sit in the same chair, for example – it’s that kind of control. That’s what mine was like.

‘I suppose I have a lot of empathy for the character,’ he continues.

‘One of the things I was saying to the director early on was that my concern was always to conceal my OCD, not to show it. I couldn’t help showing it sometimes and I would feel very exposed and vulnerable if I had to do something that was obviously OCD in front of somebody. So I played it as something he was trying to minimise in front of others.’

Professor T, a remake of a Belgian drama about a brilliant, if condescending, professor, is being launched first on Britbox before airing later this summer on ITV.

It’s a charmingly old-fashioned detective drama where there’s a case to solve each week and everything is wrapped up by the credits.

Fans of Miller’s turn as Richard Poole in Death In Paradise will find plenty to enjoy here. But was Miller familiar with the original?

‘I saw the original Flemish series and loved it. I love the character, this very unusual criminal psychologist,’ he says. ‘But, most of all, it was the fact that every single character in the show has a proper backstory.’

What sets the show apart from more run-of-the-mill detective dramas, however, is a distinctly off-kilter spirit. Professor T is somewhat of a dreamer who is prone to leaps of fantasy and we, the audience, get to see exactly what he’s daydreaming about – be it tangoing with an ex-partner or even pushing his mother off a roof.

‘He can lapse into fantasy. He’s also very intuitive about people’s emotions. So, for example, he might be interviewing somebody about a murder and he will sense that their calm exterior is hiding some serious anger and jealousy,’ says Miller.

‘And that person will burst out and start swearing and stamping in the middle of the room. Then it cuts back to another view where you see nothing like that is happening in real life.’

Lapses into fantasy and his eccentric quirks may lead you to believe that Professor T is a loveable oddball. Dig deeper, though, and there’s a real sinister side to him.

‘He’s definitely troubled, he has a really traumatic past, you know. His family history is quite dark. And we get a glimpse of that towards the end of this first season to the point when you think he might be a murderer himself,’
says Miller.

‘I don’t entirely trust him. I don’t. I always felt with Richard Poole that he had a heart of gold and a very moral purpose. Professor T, to me, feels slightly amoral. I’m never entirely sure he has everyone’s best interests at heart.’

That darkness is tempered by his relationship with his mother, played
by the brilliant Frances de la Tour.

‘She really loves Jasper [Professor T]. There is a real, unconditional love but they have a very difficult relationship. It’s really through the way that Frances is with Professor T that we see he’s not an absolute w****r,’ says Miller.

‘He’s unbearable to be with for most people but he’s like a little boy with his mother and the way that she handles him so sensitively but fearlessly, it’s a very beautiful thing.’

If Professor T is a big success, we can expect more cases and more guest stars for him to condescend to in the future. Perhaps, even, his old comedy partner Alexander Armstrong?

‘That would be fantastic,’ laughs Miller. ‘We could get him murdered, that would be even better.’

Professor T is available to stream on Britbox from tomorrow. The series will air later this summer on ITV.

How to get your Metro newspaper fix

Metro newspaper is still available for you to pick up every weekday morning or you can download our app for all your favourite news, features, puzzles… and the exclusive evening edition!