Eddie Lucas might have just returned to the Below Deck franchise but he won’t be jumping on board the Mediterranean series with Captain Sandy Yawn any time soon.

After the 35-year-old called out Malia White for the way she handled Hannah Ferrier’s drug drama in Below Deck Med season five, he also took aim at her boss over her management style.

Chatting about his Bravo comeback, the bosun lifted the lid on whether he’d appear in the spin-off, with Digital Spy stating he definitively refused to work with Captain Sandy.

‘I don’t think, of the episodes I’ve seen with Captain Sandy, I don’t think her leadership style and mine would be very harmonious,’ he told the publication. ‘I think the way she micromanages a lot of ways, that wouldn’t really work for me.

‘Captain Sandy, I’ve never met her and I don’t know what kind of person she is or anything like that.

‘What I’ve seen is that she doesn’t seem to really trust a lot of her crew members and always seems to have got her hands in a lot of pots.’

Eddie isn’t the only member of the franchise to hit out at Captain Sandy’s way of working, with Captain Lee describing her antics as ‘irresponsible’.

The reality star came back to our screens in the season eight premiere, heading up a brand new cast as they sailed the seas of Antigua.

His return is exactly what viewers have needed, after the Med series had the most eventful and controversial charter season in Below Deck history.

Captain Sandy sacked Hannah just moments before a new batch of guests were due on board, after Malia sent her a photo of a prescription box of Valium, a THC pen and a personalised passport holder with the initials ‘HF’.

The chief stewardess was asked to gather her belongings and leave, despite eventually producing a prescription for the tablets to help with her anxiety, and insisting the THC pen contained CBD oil – which is legal in Spain.

Eddie had his say on the scenes, and was adamant that Malia should have handled the situation very differently.

During an appearance on Watch What Happens Live, Andy Cohen asked what he would have done if he had stumbled on a crew member’s drugs, to which he joked: ‘I would’ve taken it and gone to the closest Phish concert and had a great time.

‘If I found that stuff probably the first thing I would have done [is] go talk directly to the person, and been like, “Get rid of it. Get it off the boat and let’s never speak of this again.”

‘But if the crews’ or guests’ safety was at all in jeopardy from her behaviour, or from taking the drugs, then absolutely I would have brought it to the captain’s attention.

‘And if that’s THC or CBD, I don’t know. But I think the first line of order would have been drug testing.

‘That really is the normal procedure in that case.’

All seasons and every episode of Below Deck are available on HayU, with season 8 dropping weekly. 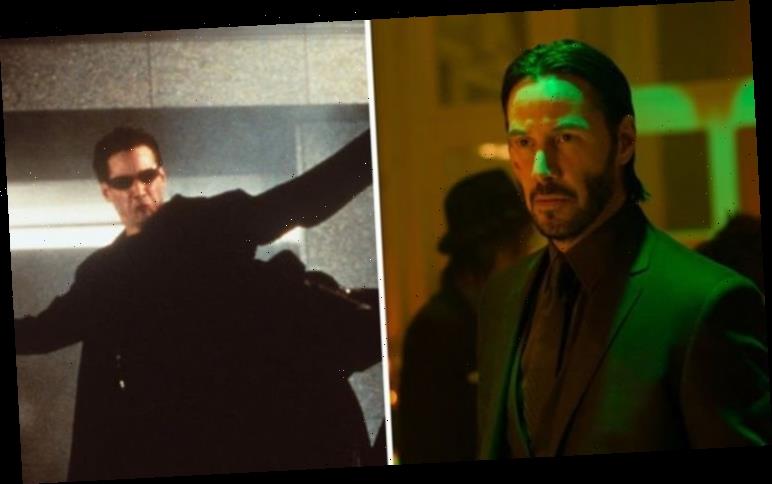 Matrix 4 release date: When is Matrix 4 out in cinemas?