Carol Kirkwood was presenting the BBC weather live from Richmond Park from among the flowers and foliage.

The 56-year-old was readily giving out facts about the Royal Park, and threw in a little joke about her age while she was at it.

“It’s been in place since 1992, the year of my birth,” Carol added with a dead-pan expression.

Many viewers were quick to notice Carol’s jesting and commented on it on Twitter.

“@BBCBreakfast @carolkirkwood I don’t think you were born in 1992,” one fan shared.

“@BBCBreakfast @carolkirkwood Did I just hear Carol say she was born in 1992!!??” a third questioned.

However, Dan and Louise didn’t mention Carol’s joke back in the studio and some were surprised that they didn’t.

One exclaimed: “Highlight of my morning – Carol Kirkwood: “…since 1992…the year of my birth.” Low point of my morning – @louiseminchin and @mrdanwalker seemingly not noticing this moment of comedy gold! @BBCBreakfast.” 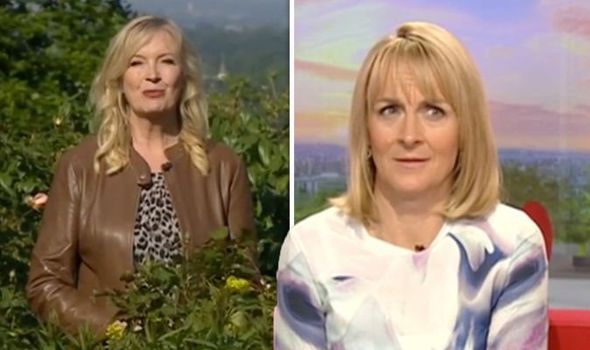 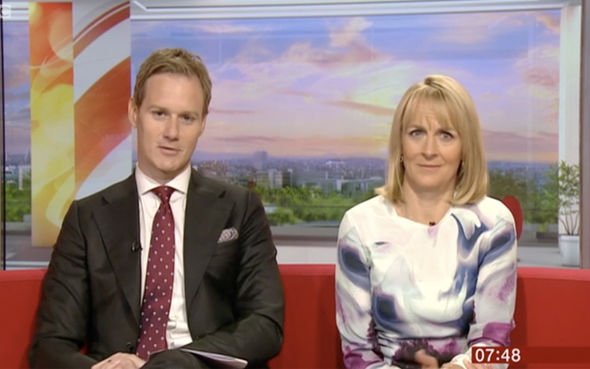 After a viewer got in touch on Twitter, Dan addressed what had happened.

He began: “Carol, right, we had somebody contact us to say in your last weather you said something about 1992, the year you were born and they said why didn’t we correct you.”

Carol let out a laugh as she replied: “Bless you dan I’ll never hear a bad word said about you ever again. 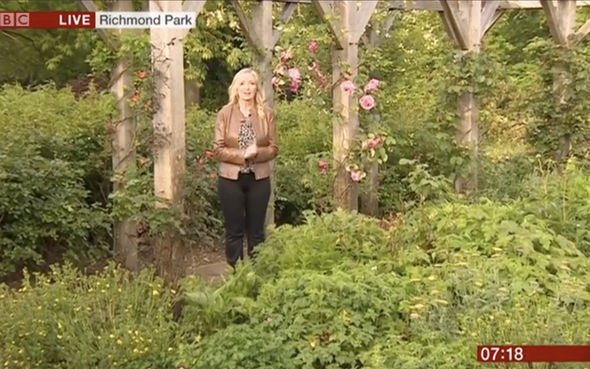 Later on in the programme, when the show cut to another weather report, Carol had to be taken off air due to some sound problems.

Louise stepped in as it cut back to the studio to explain what was going on.

Louise reluctantly said: “Carol, I’m going to have to stop you there because we can’t hear you!”

“We’ll try and sort Carol out, we’ve got a slight audio issues,” Dan chimed in.

BBC Breakfast airs weekdays at 6am on BBC One.