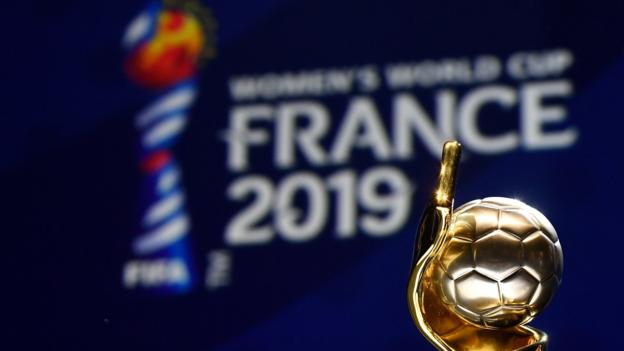 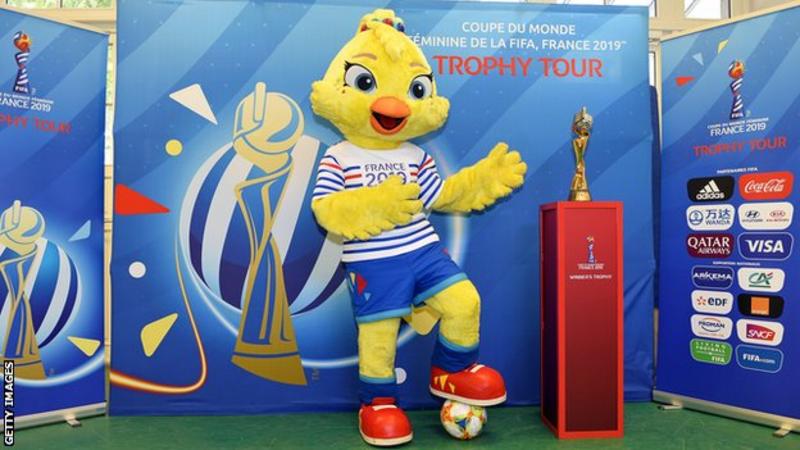 Fans attending the Women’s World Cup in France next month say they have been separated from their children by a ticketing error.

The tournament’s Twitter account has been inundated with fans claiming they have not been allocated seats together.

Fifa said “less than 1% of fans” who requested tickets for the semi-finals and final were affected and is “confident” it can be resolved.

Fans said the issue is more widespread and affecting other games.

“So proud to be part of the largest 1% ever,” tweeted Gareth James. “Total incompetence.

“How will they be solved? Me and my daughters aged 11 and 13 have tickets that are not together, so will not be able to attend.

“How do you expect to grow the women’s game if you miss opportunities to encourage participation. Our entire European tour ruined.”

Nate Bowling said: “I bought tickets the day they went one sale: a pair of tickets.

“Why do you think I wouldn’t want to sit with my spouse who I’m travelling halfway across the planet with? How do you mess this up. Fix this!”

Mike Swanson tweeted: “I got five tickets for my family with three kids Champions Package and we are spread over three different rows? Why?

“This was to be a family trip and we can’t even sit together as a family. What a disappointment. Not a happy customer.”

Lee Higgs said: “When you buy three tickets to England v Scotland women World Cup game with your brother and niece and Fifa split the tickets up and say they can’t be changed. Absolute disgrace.” 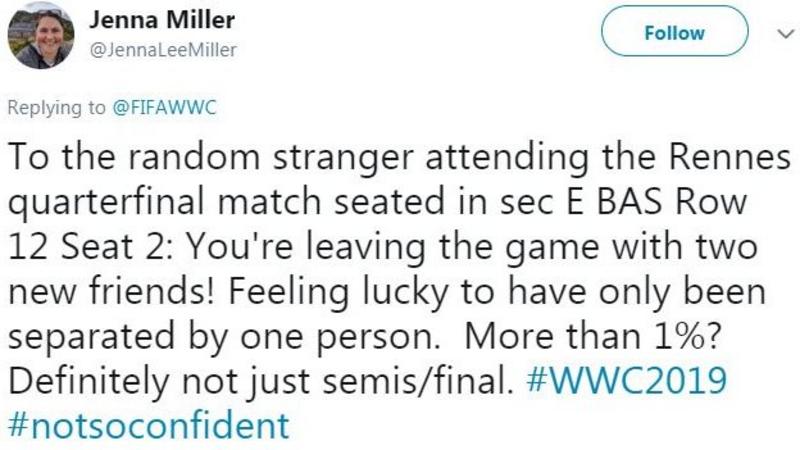 According to the New York Times, fans who called a customer service phone number were told to arrive at the stadium early on match day and try to swap their tickets with nearby fans.

The issue was discovered after fans were able to print their tickets on Monday.

Fifa then tweeted to say that fans would “not be able to modify” their order, but an “exception could be made” for parents whose seats were not next to under-18s.

Seven hours later, it tweeted to say: “The previous tweets regarding FIFA Women’s World Cup tickets allocation were published without a full understanding of the situation and we apologise for that. The issues were faced by less than 1% of fans requesting tickets for the semi finals and the final.

“Fifa and the local organising committee are confident the problems will be solved and the fans will be able to enjoy the matches as they envisaged.”

Have you been affected by this? Get in contact here