RANGERS took a huge step back to the top of Scottish football with their undefeated League One title triumph.

Ally McCoist's side won 33 of their 36 games as they finished a staggering THIRTY NINE points above second-placed Dunfermline in the third tier of Scottish football. 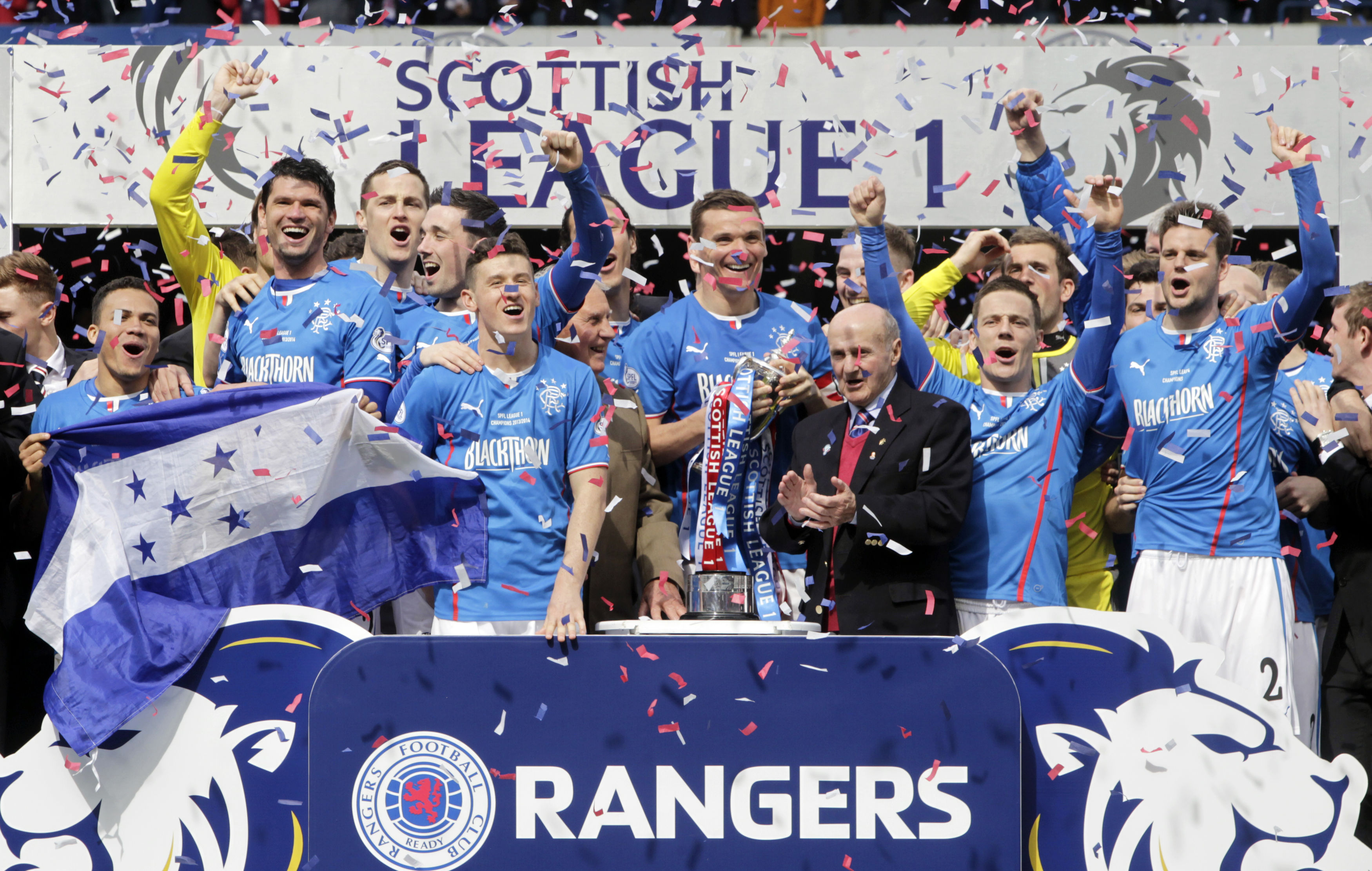 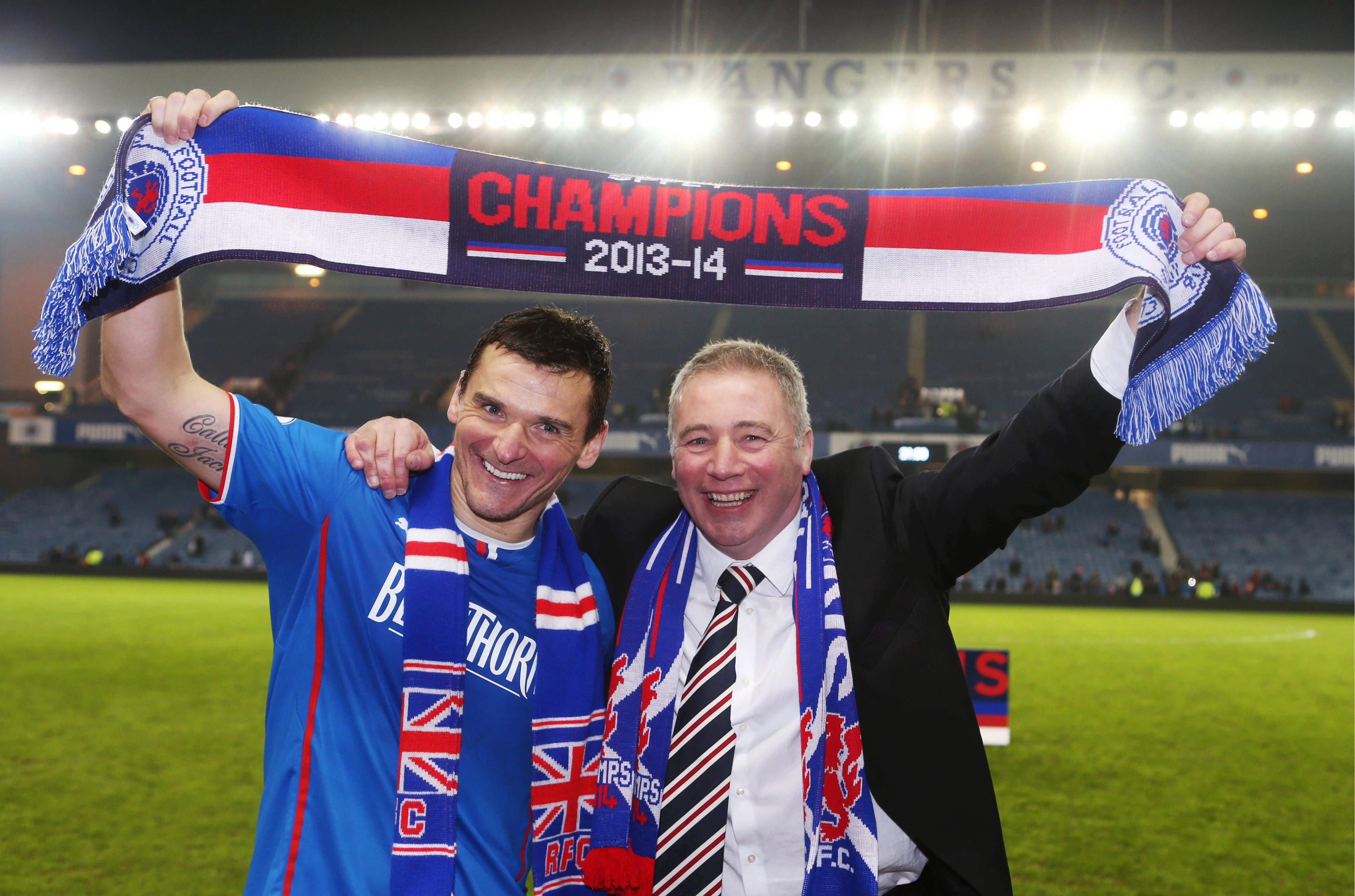 But the number one priority at Ibrox was always promotion during the 2013-14 season.

Summer signings like Jon Daly and Nicky Law weighed in with their share of goals as Gers wrote another chapter in their rise from the ashes.

Yesterday, SunSport looked back at all 30 players who contributed to the Third Division title triumph as part of our special three-part series.

And today we continue our trip down memory lane by remembering the men who played their part on the road to Premiership promotion.

The goalie was a mainstay as Rangers cruised to the League One title, but injuries would limit his appearances in future campaigns.

After losing the No1 jersey to Wes Foderingham, Bell left Ibrox in 2016 – playing for seven clubs in four years – before hanging up the gloves in December.

He's now moved upstairs in a director of football role with Annan Athletic.

Gallacher had been on Rangers' books for years before making his long-awaited debut in 2013.

But he failed to establish himself and left for Hearts a year later. Now with Arbroath. 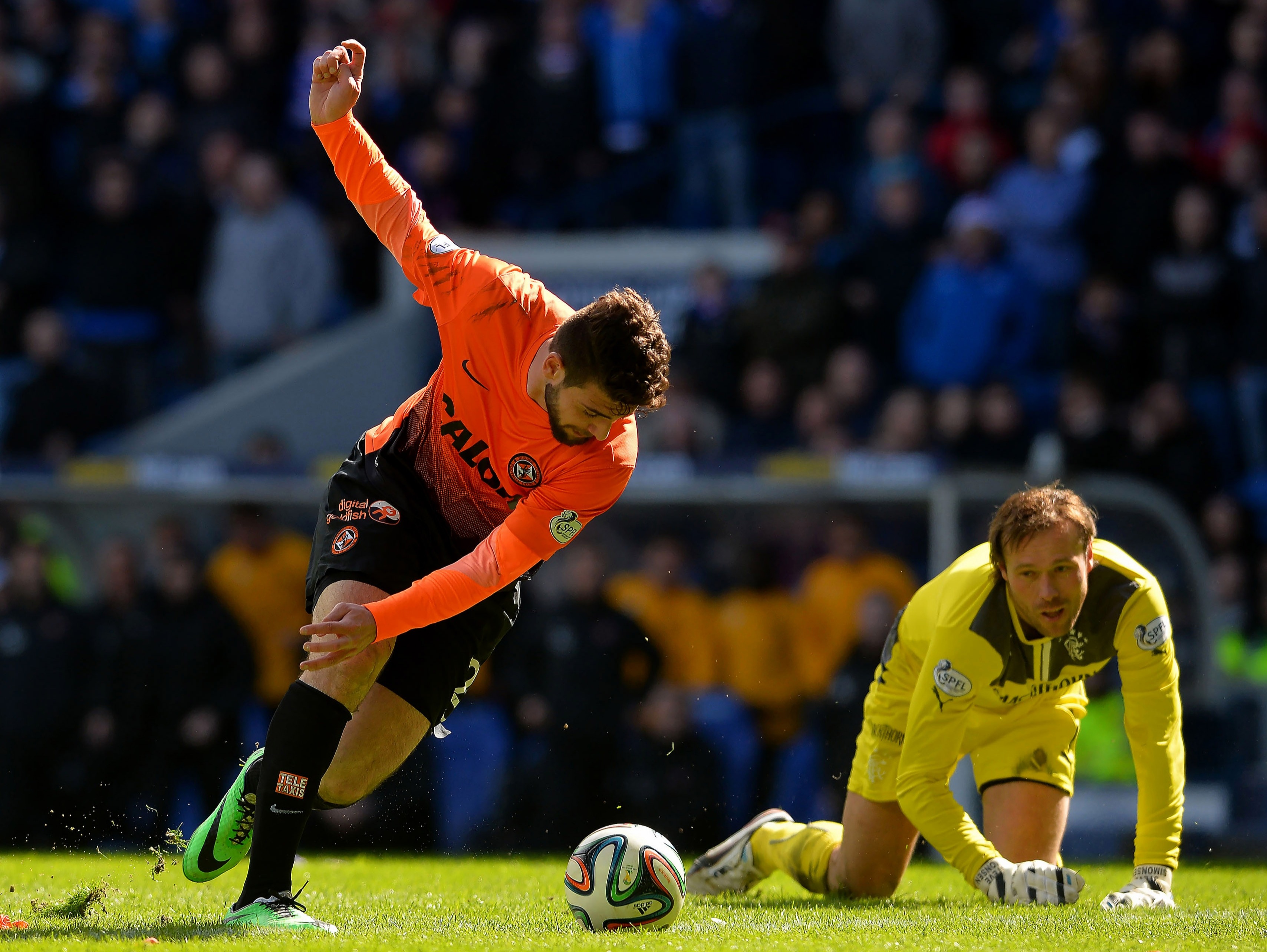 Signed as a back-up to Bell, Simonsen was guilty of a howler in only his second game for Gers – with his gaffe sealing a 3-1 Scottish Cup win for Dundee United at Ibrox.

The ex-Stoke City keeper was forced to shut down social media after being lamented by fans online, but received no sympathy from boss McCoist, who said: "It makes me feel he shouldn't have been on it in the first place to be quite honest."

Despite his difficult start, Simonsen was surprisingly rewarded with a new one-year contract and played the majority of the ill-fated Championship season, with first-choice goalie Bell crocked.

Simonsen – who was also hit with a two-game ban by the SFA for betting – retired in 2016 after a year at Indian Super League club Pune City.

But this time he had to settle for a League One winner's medal after failing to help the club to Premiership promotion during the second year of his contract.

The 35-year-old is now back in Scotland's third tier with Partick Thistle.

Youngster McAusland made six appearances for Gers before losing his position to new right-back Foster.

Following loan spells with Ayr United and Brechin City, he terminated his contract to join Dunfermline in 2015 and now plays for Cumnock Juniors FC. 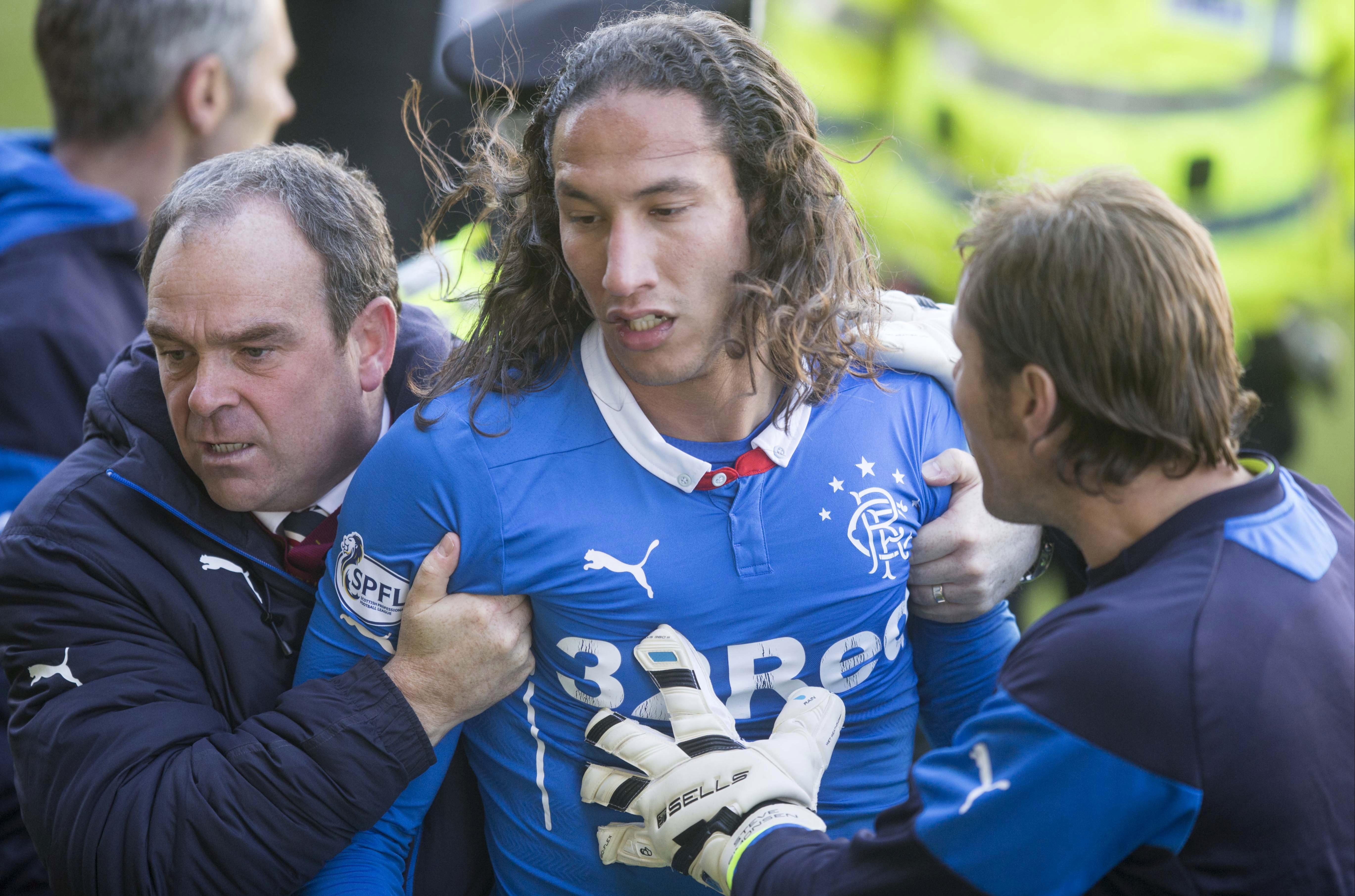 What can you say about this guy? The Tunisian stopper chipped in with 12 goals as he helped McCoist's side to Championship promotion.

But Mohsni will be remembered for sparking a rammy during his final game for Rangers by punching Motherwell's Lee Erwin after a play-off defeat at Fir Park.

The hothead has become quite the journeyman since leaving Ibrox, playing for EIGHT different clubs – including a brief spell at Dundee United.

He was bizarrely compared to Liverpool superstar Virgil van Dijk by Ian Holloway after signing for Grimsby, a statement he would later retract.

Mohsni is now without a club following his Barnet release in January.

Smith made the breakthrough for Rangers as a youngster in 2004 before leaving for Norwich City six years later.

He returned to Ibrox in 2013 but was among a number of players who were let go following the dismal 2014/15 campaign.

The left-back finished his career with Kilmarnock and is now back at Gers as an academy coach. 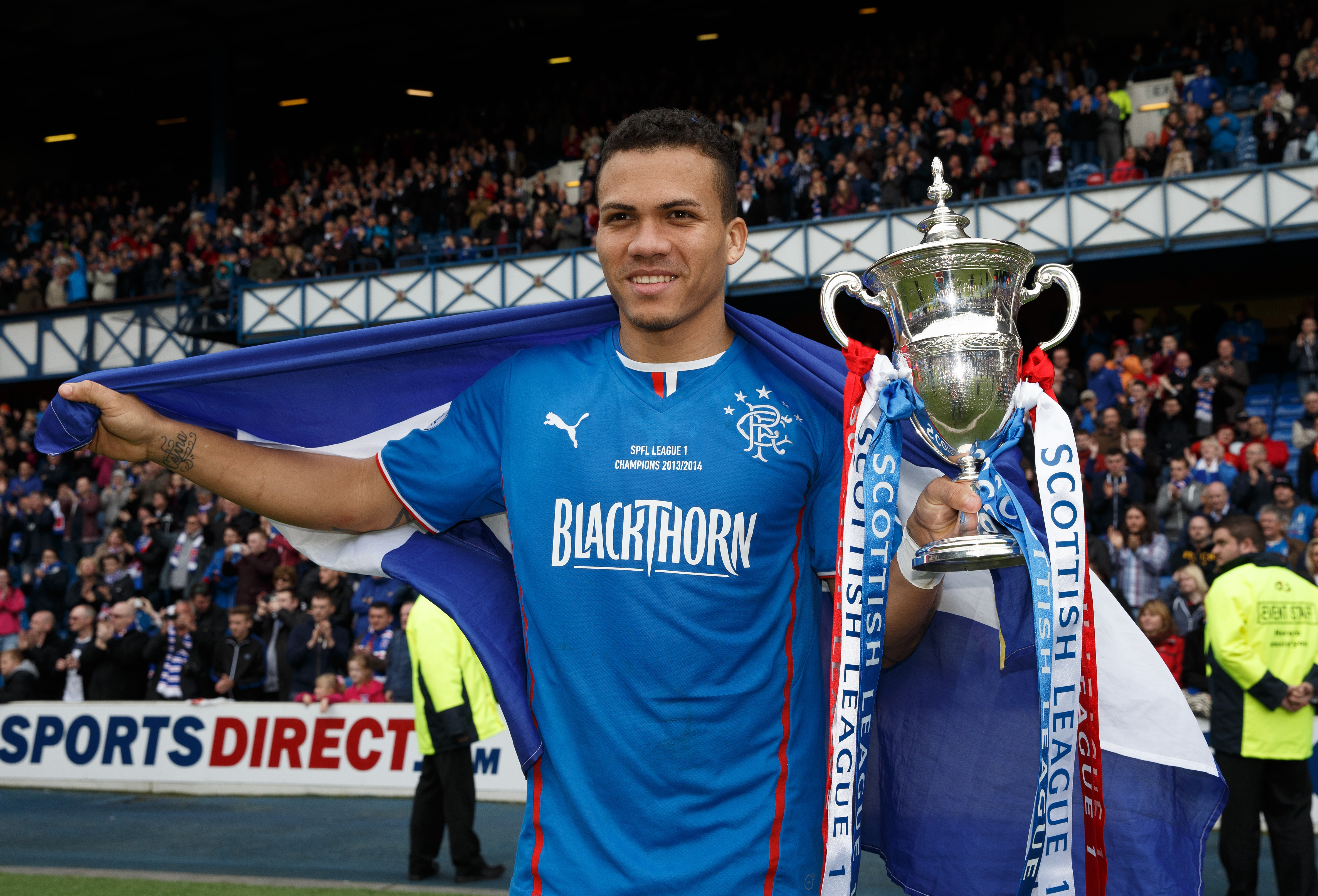 But just months after returning to his native Honduras, he was murdered by a gang after being shot in a car park in front of his wife.

Peralta was just 26 and left behind a four-month old daughter.

The attacking midfielder's stock was high when he agreed a pre-contract from Motherwell.

Despite chipping in with his fair share of goals across three seasons, Law's inconsistency divided Rangers fans.

After failing to win a new deal under Mark Warburton, Law returned down south with former club Bradford City and later Exeter City.

In January, he moved to America by joining USL Championship side Indy Eleven.

Pint-sized playmaker Telfer infuriated Rangers when he snubbed a new deal to join Dundee United in 2014.

United were later forced to pay out £200,000 for the youngster after a long running compensation battle.

Telfer soon fell out of the picture at Tannadice though and had a brief spell in Holland before returning to Scotland with Morton and now Falkirk. 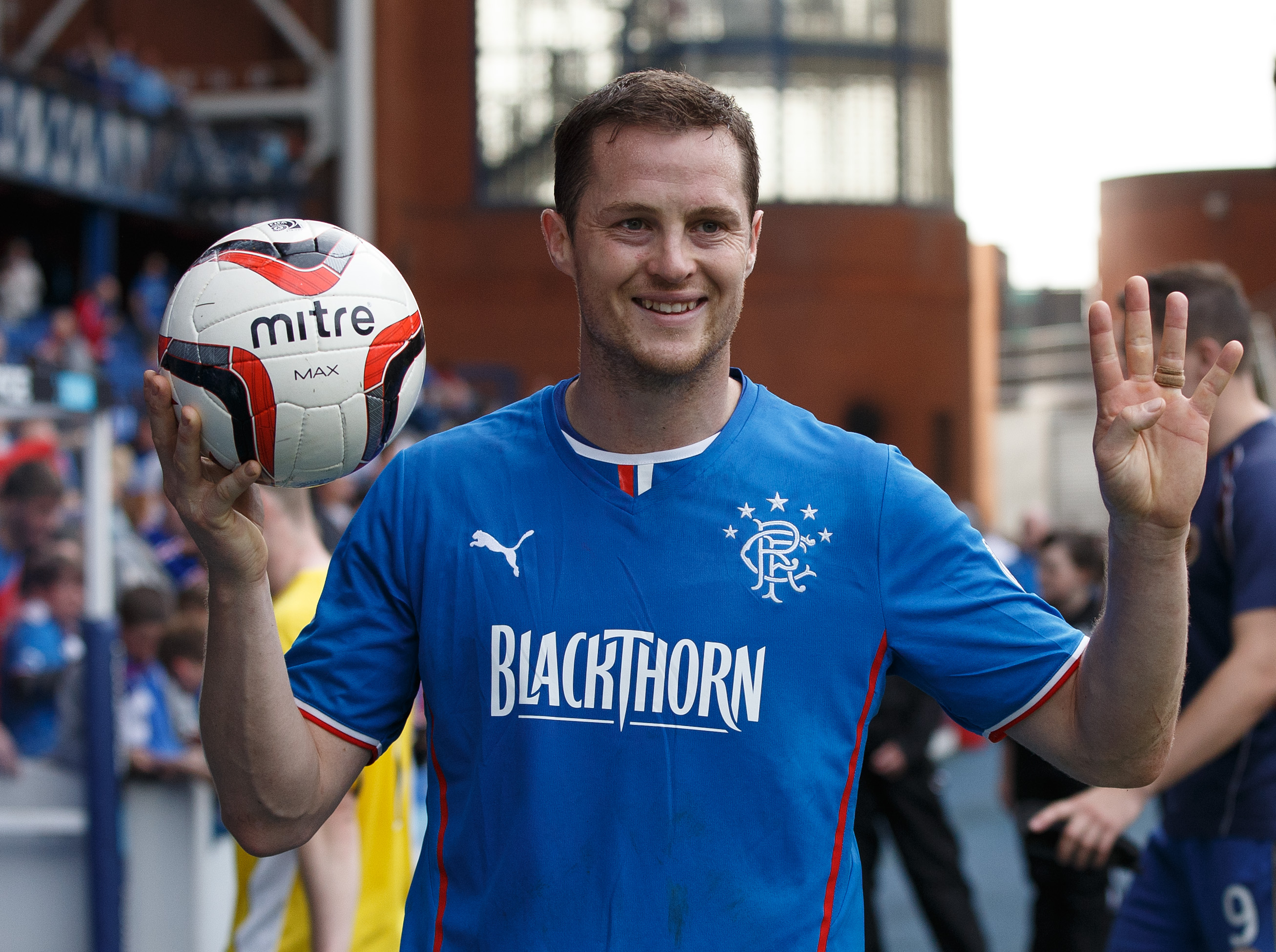 Target man Daly's prolific spell at Tannadice convinced McCoist to sign him on a pre-contract.

And the Republic of Ireland forward produced the goods with an impressive 26 goals from 67 games during his two year Ibrox stint.

The 38-year-old finished his career with Raith Rovers and later earned coaching experience with Hearts.

He now works as a No2 to fellow ex-Ranger Jonatan Johansson at Finnish side FC TPS Turku Oy.

Rangers signed the striker on the back of an incredible 40-goal season for Queen of the South.

Clark never quite captured that stunning form during his three years at Ibrox though, scoring 24 goals in 110 games.

The 31-year-old has rebuilt his career with Dunfermline and now Dundee United. 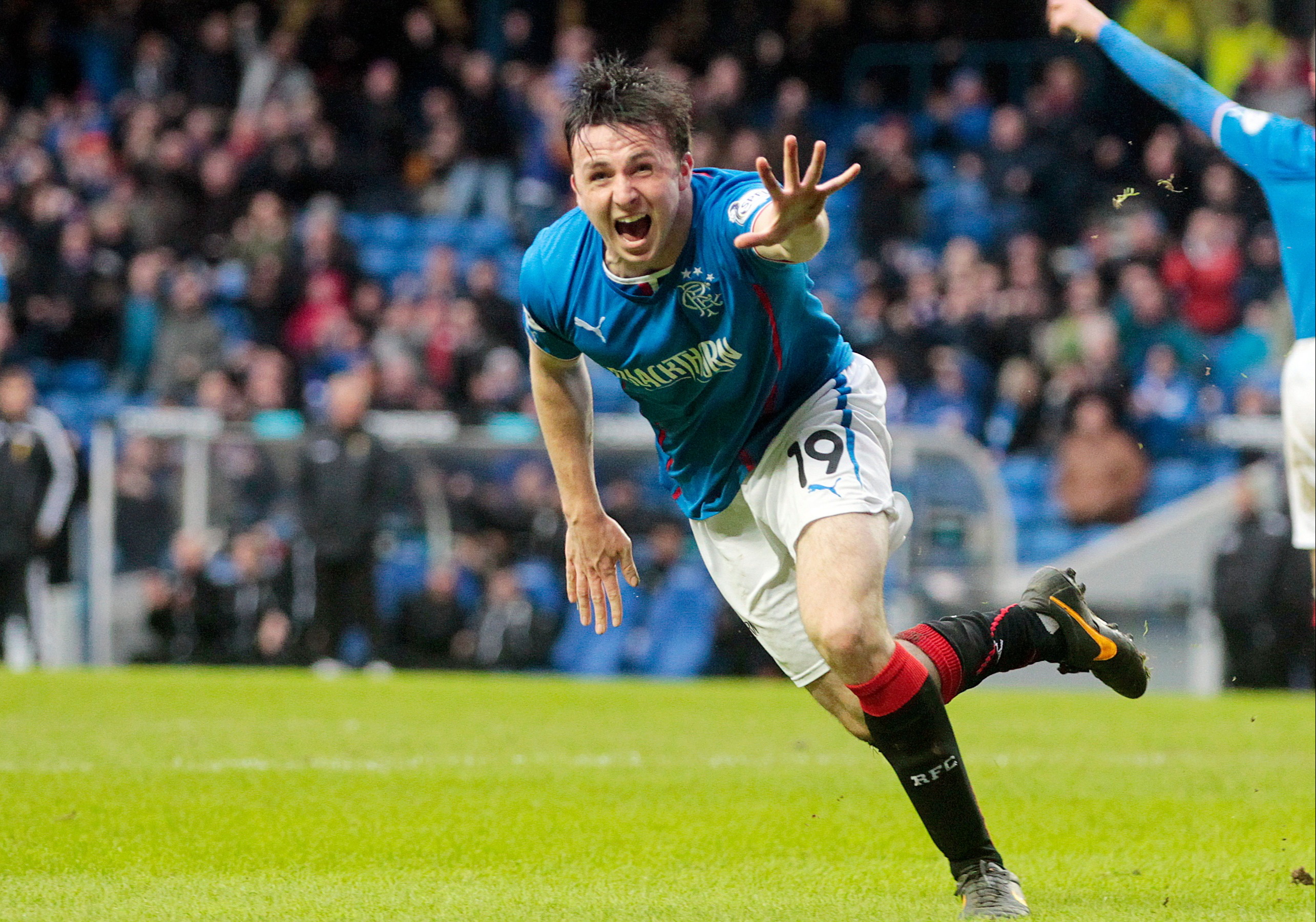 Youth starlet Gallagher burst onto the scene with a debut goal against Dunfermline in 2014.

But the attacker made just six more appearances before joining St Mirren a year later.

The 26-year-old enjoyed a prolific spell with Dumbarton and has been with Airdrieonians since 2019.