THE BBC'S Tokyo Olympics coverage has taken viewers across the Games from inside a treehouse perched atop the Japanese capital – or so it seems.

The impressive scenery sat behind pundits as they analyse the Games is actually the work of a high-tech graphics production. 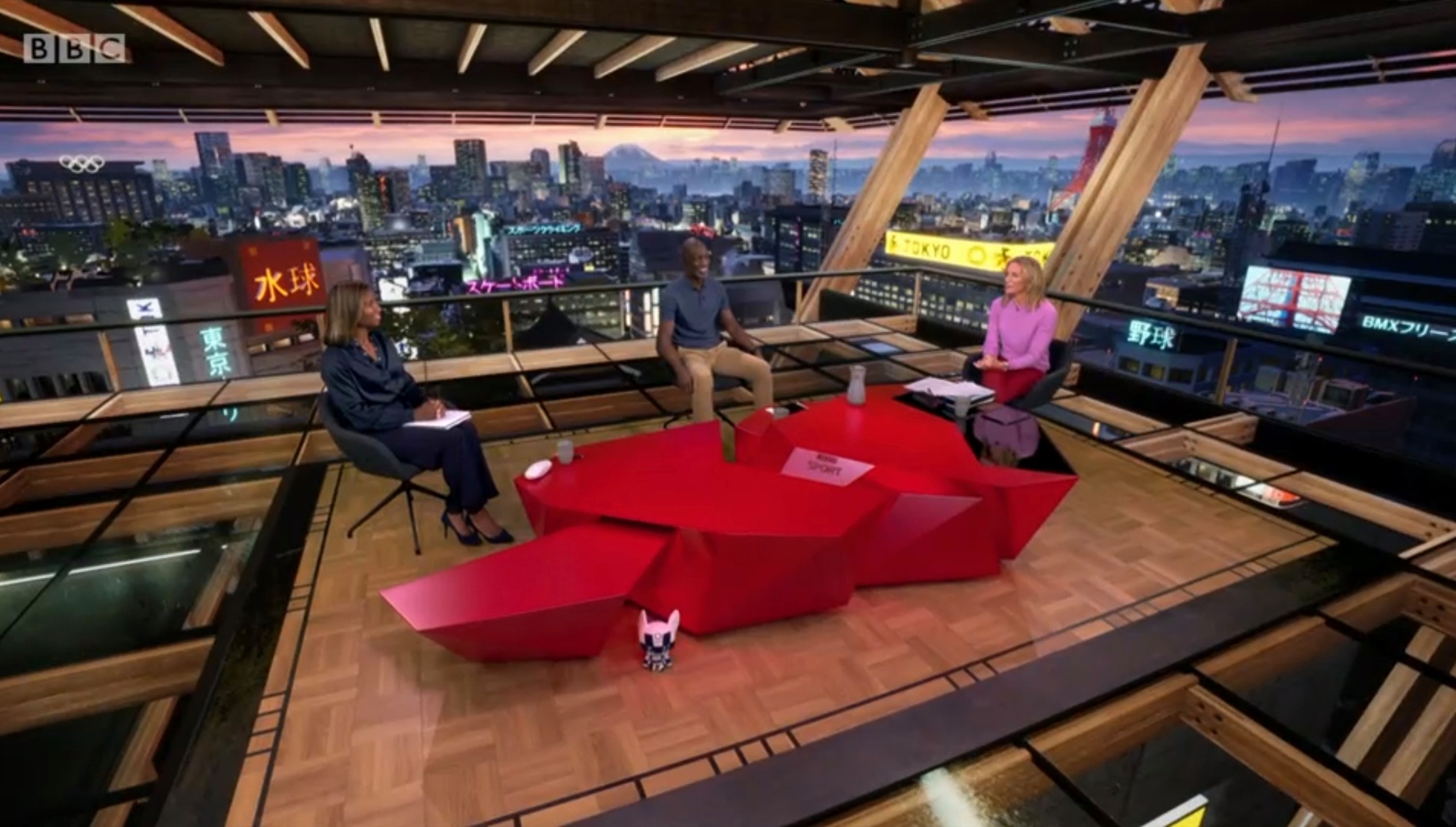 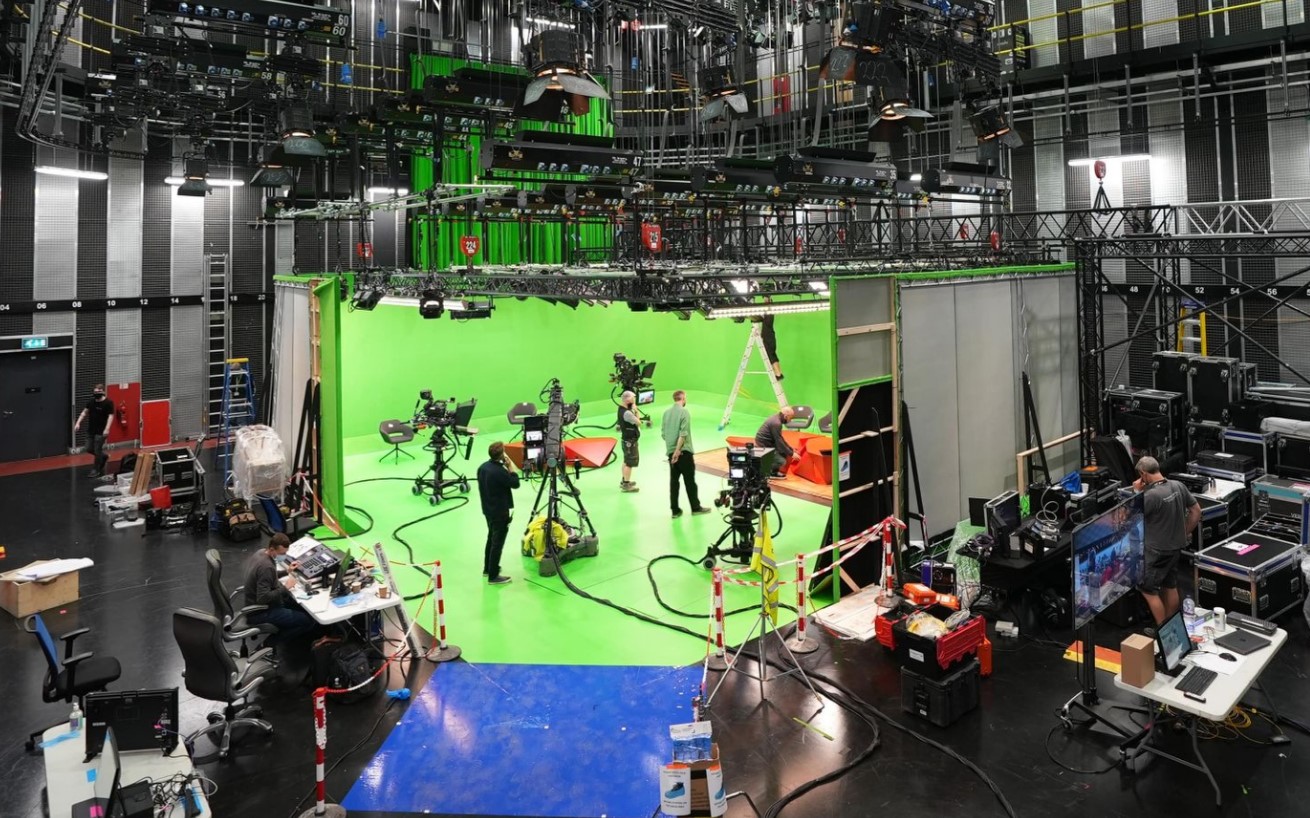 And the broadcasts are actually taking place in front of a virtual reality green screen in Salford.

BBC Sport opened the studio in 2019 as a base for a variety of shows, including Match of the Day and Football Focus.

Viewers are continually shocked to learn that the Olympics coverage has actually been beamed live from the north-west of England.

Chris Hoy showed off the 'real' studio earlier in the Games with a social media post that he captioned 'Instagram vs reality'.

Alongside the presenters, the only physical objects in the studio are the chairs and table.

The setup allows BBC Sport to draw up a vast array of graphics, replays and backdrops for their shows.

"I was literally convinced you were all there!"

However, anybody featuring on the show must abide by one golden rule to stop them disappearing into the set: no green shirts.

And, despite the high-tech nature of the studio, the network has claimed that it is CHEAPER than building physical sets for each different show.

Charlie Cope, then head of operations for BBC Sport, told SVG Europe in 2019: "We had to decide whether to rebuild and go with a new hard-set solution or to try something completely different.

"That set us on the road of working out what was achievable and what would be the justification for taking a change in direction.

"Clearly, one of the issues we have from an editorial perspective is that we have multiple strands across our football output.

"Up to now, we’ve always had a hard set that has some varying colours and a different identity for each of the different programme strands that use it. 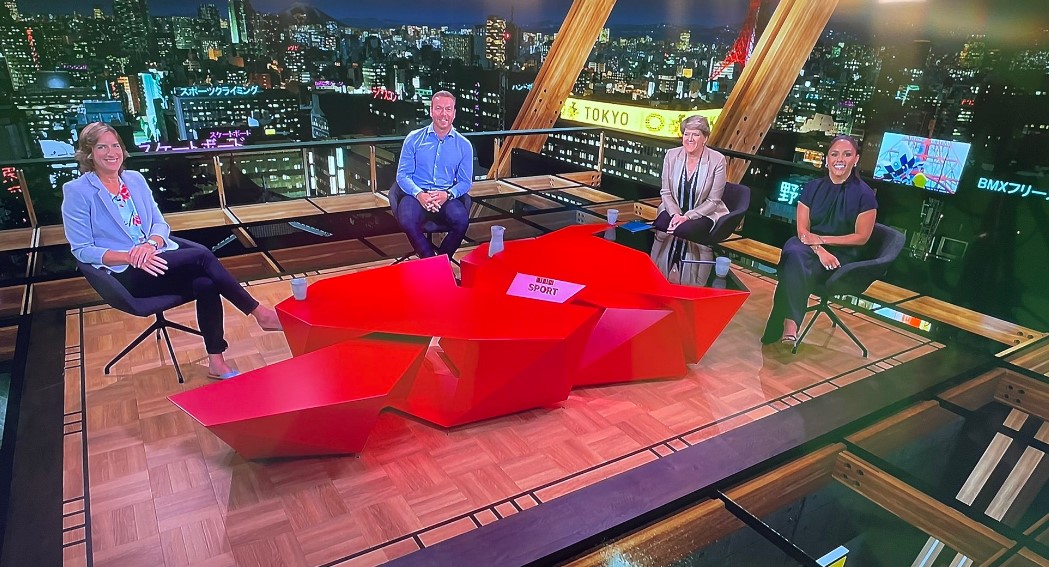 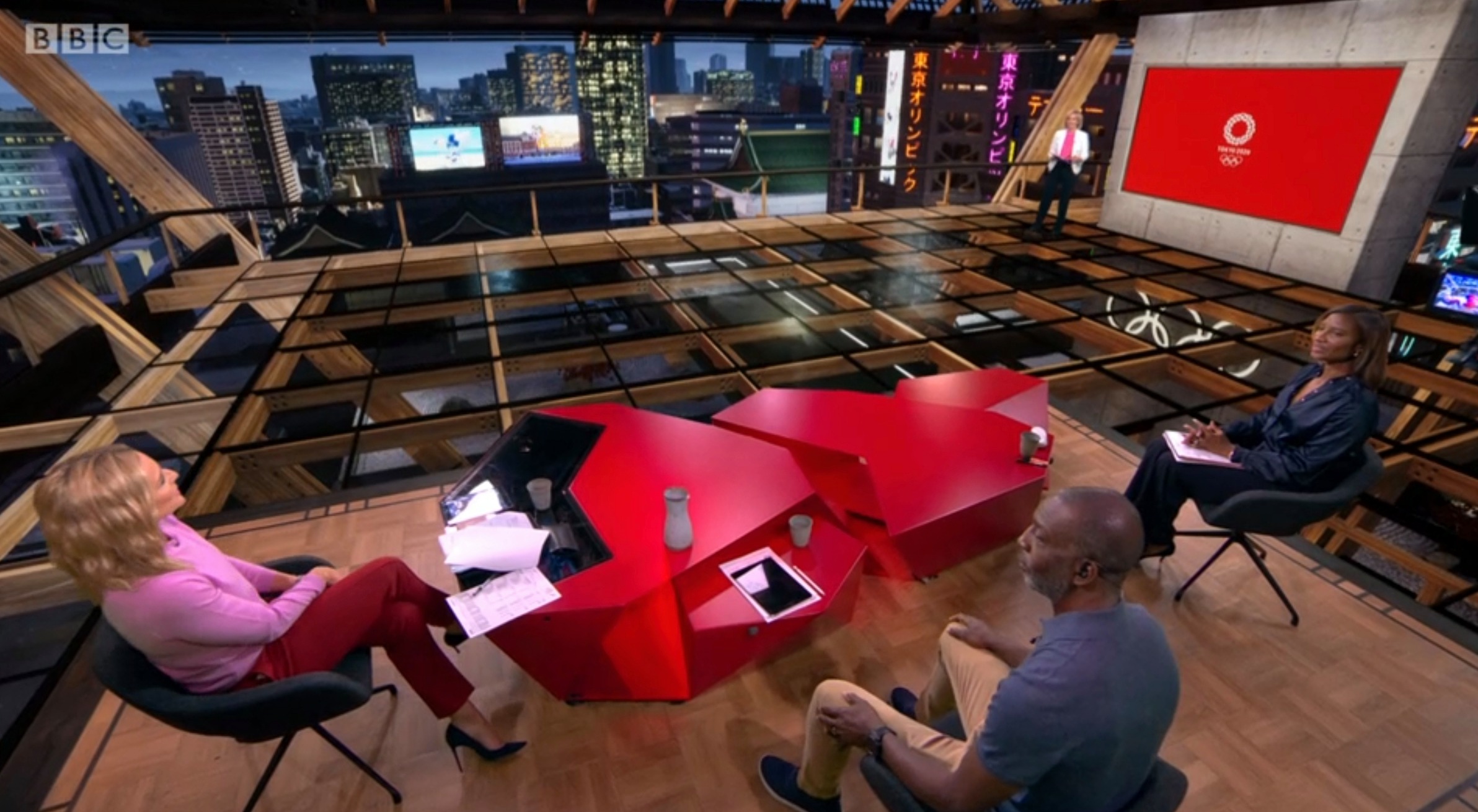 "We saw the potential in virtual reality: we knew it could give us much more flexibility both creatively and editorially and would allow us to evolve the studio in the future."

The studio has taken centre-stage during the Beeb's Olympics broadcasts, which have surprised fans with a limited schedule due to a new TV rights deal for the 2020 Games.

One memorable moment from Salford involved Lutalo Muhammad walking off in agony after Bianca Walkden's last-gasp defeat in the Taekwondo.

The official Olympics Twitter page sent cycling great Hoy a message from Tokyo as he watched on from dock10 studios in Salford's Media City, where a large portion of BBC shows are filmed.

Hoy wrote: "Amazing to be part of this fantastic BBC Sport team for Tokyo 2020! And in case you’re wondering, we’re in sunny Salford not Tokyo.."

Twitter user Sharon posted: "It’s so impressive!!! Had me questioning if you were there or not!!"

One viewer commented: "I assumed it was the Crucible with a couple of upturned snooker tables in the background."

Gemma tweeted: "I was literally convinced you were all there!"

Another wrote online: "Another myth shattered."