JOAN MIR shrugged off a nasty looking crash with smooth style at the Moto GP French Grand Prix in Le Mans this morning.

The Spaniard appeared to be in big trouble as he crashed his Suzuki in the final two minutes of FP3 as he lost his front end. 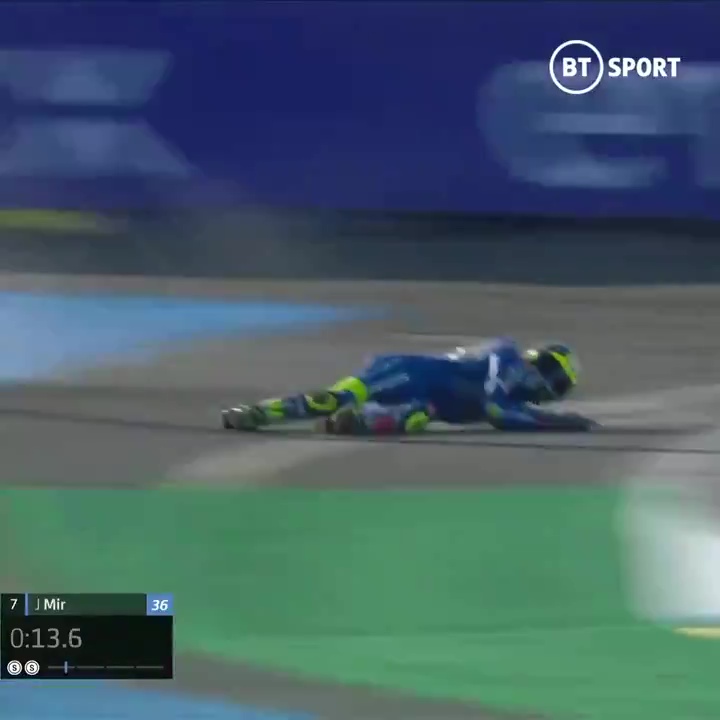 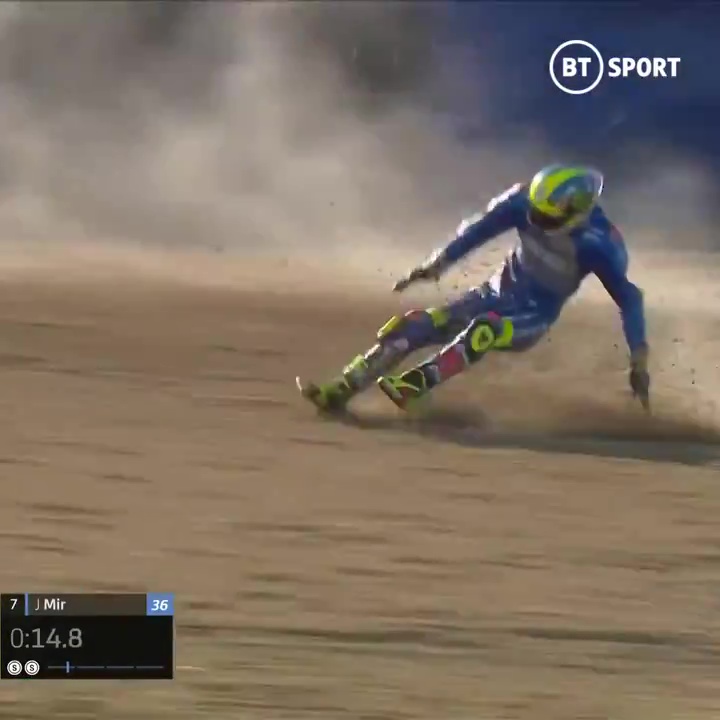 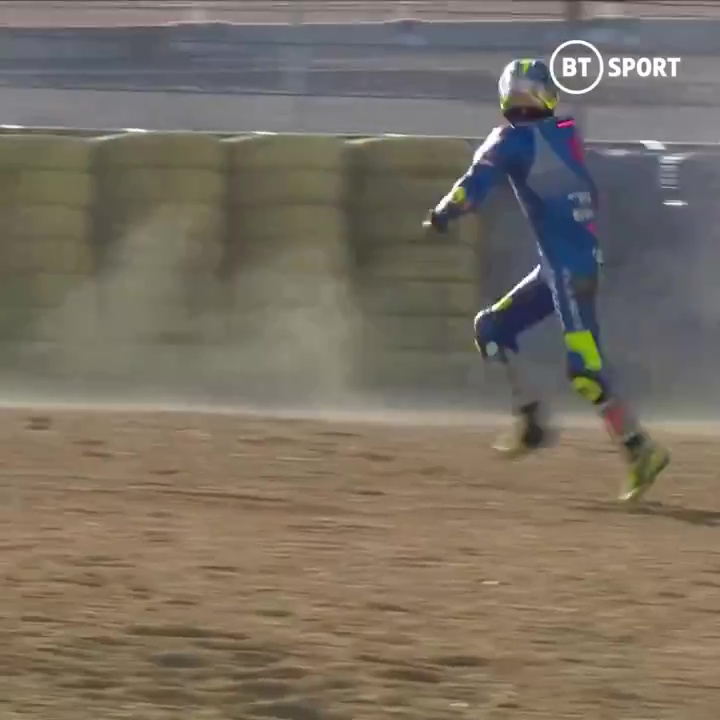 Fans winced as the 23-year-old slid on his side across the track for what must have been at least ten metres.

But incredibly, Mir shrugged it off, bouncing to his feet in one smooth motion.

And he didn't stop for even a moment.

Instead, he immediately jogged over to retrieve his bike.

The incident proved pretty costly for his time, however.

Today's incident was by no means the first dangerous mishap in Moto GP this season.

Back in August, Franco Morbidelli and Johann Zarco collided in a horror 200mph incident at the Austrian GP. 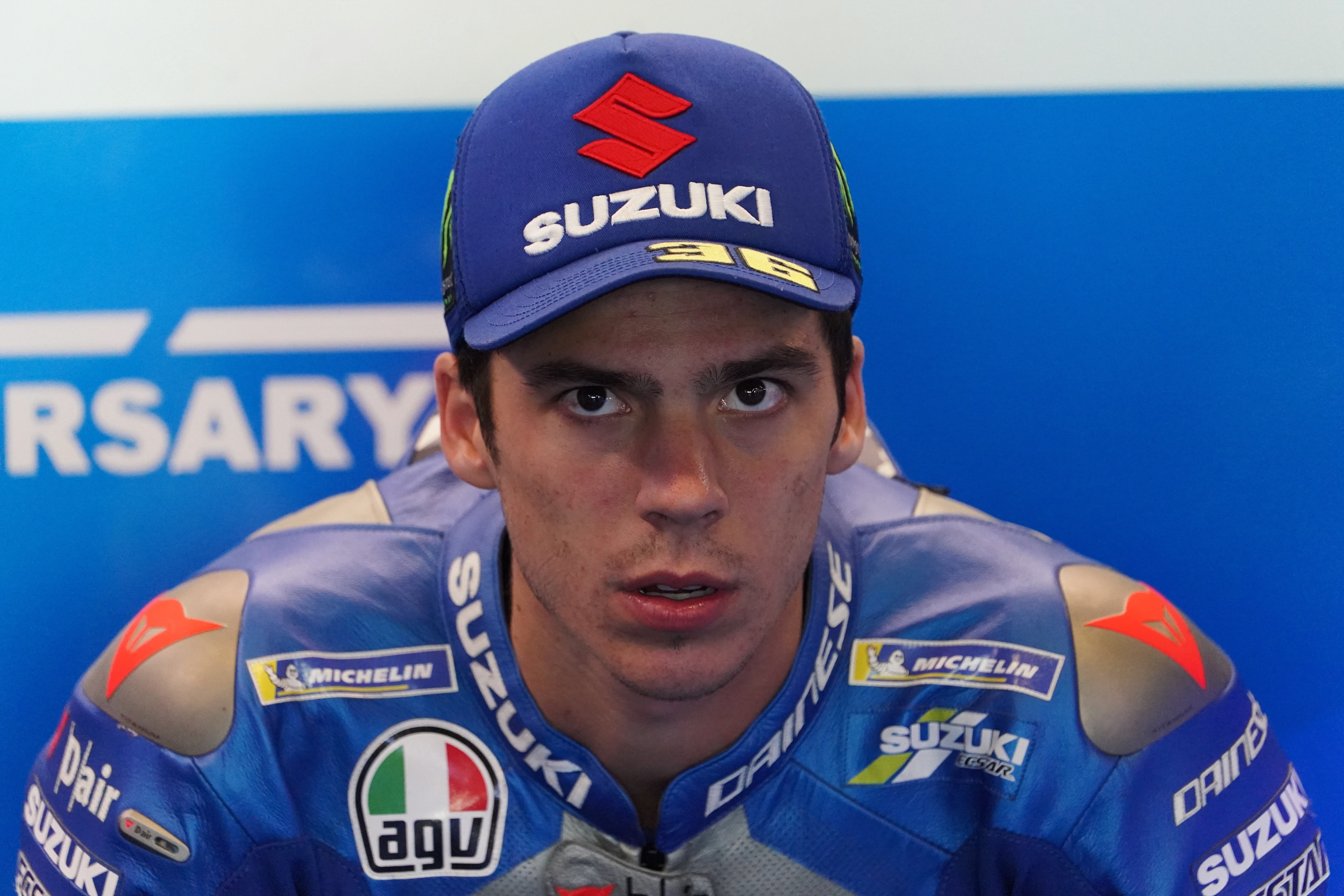 And Valentino Rossi somehow avoided being collateral damage in the horrific incident, narrowly avoiding the chaos left by the crash.

Six-time Marc Marquez was also in a world of trouble back in July, when he fell off his bike at the Spanish GP.

The fall led to the legendary racer, 27, having to undergo surgery on a broken arm.