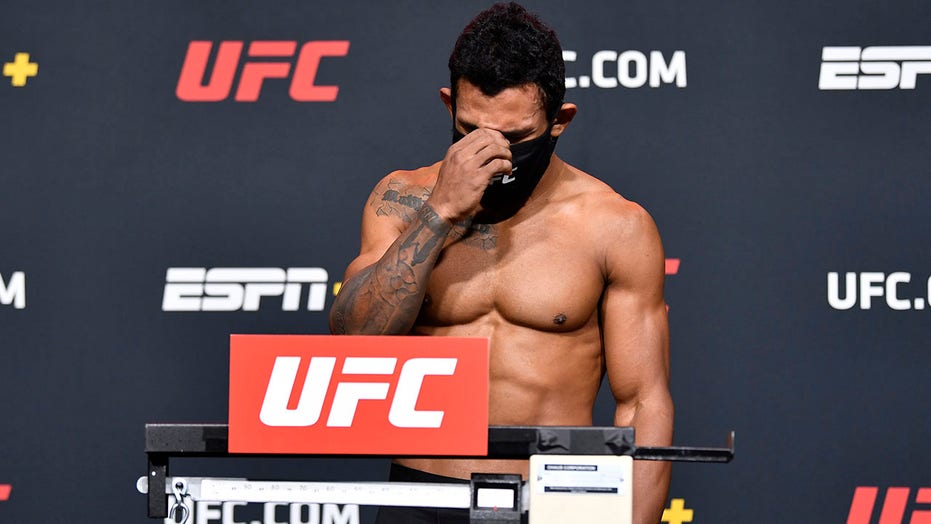 Rafael Alves was set to fight at UFC Vegas 19 in February against Pat Sabatini but missed weight by nearly 12 pounds and couldn’t fight.

It would have been Alves’ first fight since August 2020. The lightweight fighter is on a five-fight winning streak, having beaten every opponent he’s faced since July 2017. Alves initially blamed food poisoning for missing the February bout but on Wednesday opened up a bit more about what really happened.

“I don’t like to talk too much about my personal life, about what happened,” he told MMA Fighting. “I talked about the salmon back then, but that was just me saying anything about my weight miss. What really happened was, on the day of the weigh-ins, when I was almost on weight, I decided not to fight because I was frustrated my wife had suffered a miscarriage.”

Alves told the MMA blog his wife suffered the miscarriage in her fourth month of pregnancy and initially hid it from him. He said he only found out from his sister the Friday before the big fight.

“She was pregnant and ended losing our son, and that motivated me not to fight anymore,” he added. “So I ended up gaining weight just so I couldn’t fight. That’s what happened.”

Alves said UFC was aware of his situation and his prowess in the Octagon during his first UFC fight in August 2020 was part of the reason why he wasn’t let go.

The 30-year-old said his wife is doing better and is looking forward to his fight this weekend. He is on the preliminary card for UFC Vegas 27 and is set to go up against Russian Damir Ismagulov, who only has one loss on his MMA resume.