TYSON FURY showed off the explosive combination punching and left hooks that led him to victory against Deontay Wilder.

The Gypsy King shared the training clip online, as he prepares to face Wilder in an immediate rematch. 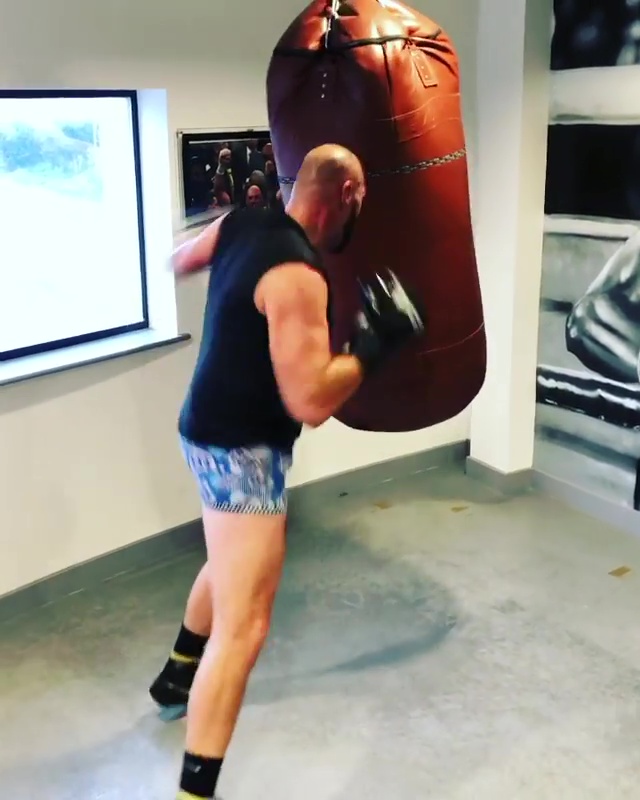 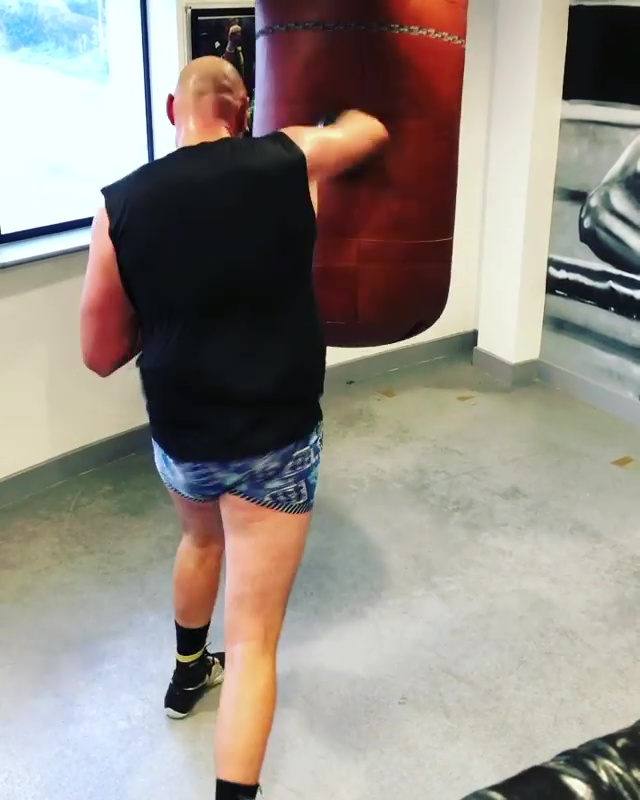 In the video, Fury, 32, drills his left hook, the shot that floored the Bronze Bomber in round five of their title fight in February.

Wilder, 34, suffered the first loss of his career as he surrendered the WBC belt.

The rivals are now set for a trilogy bout, which Fury's US promoter Bob Arum is hopeful can take place in December.

With followinf fears fans will not be able to attend Stateside, overseas venues are now being considered.

Wilder has remained radio silent since being pulled out by his corner in round seven.

But behind closed doors he has been seeking the advice of heavyweight legend George Foreman as he attempts to enact revenge on Fury.

After such a humbling and one-sided defeat, few have given the American hitter much chance of winning back the title.

But Foreman – the oldest heavyweight champion of all time at 45 – is backing Wilder to prove the doubters wrong if given the opportunity.

“We talked because I was in a position where I lost unexpectedly with the title in Africa. Only I know what he's going through.

“He's gonna have to live with [the Fury loss] but I can show him how to live with that and come back better. We talked a lot on those lines.

“Not only beat him, [Wilder] can do it easily. Give him another chance. He'll show you.”