TWITTER exploded after a "young boy" was spotted smoking during a friendly match that was organised to raise funds for cancer.

However, it has been reported the youngster that got football fans in spin actually turned out to be fresh-faced father who was nearing 40. 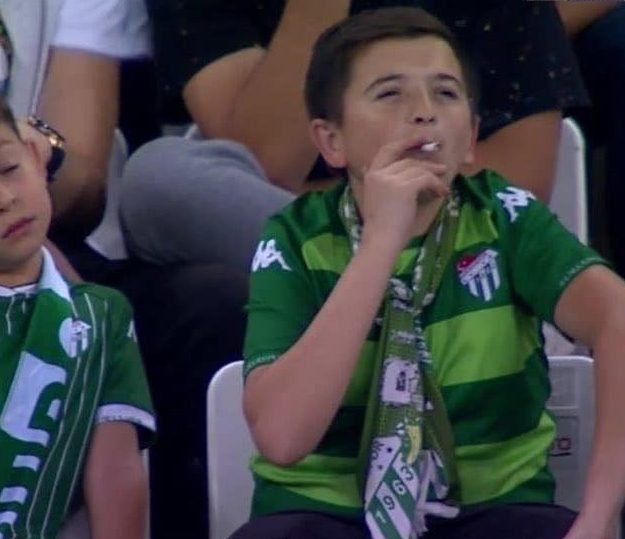 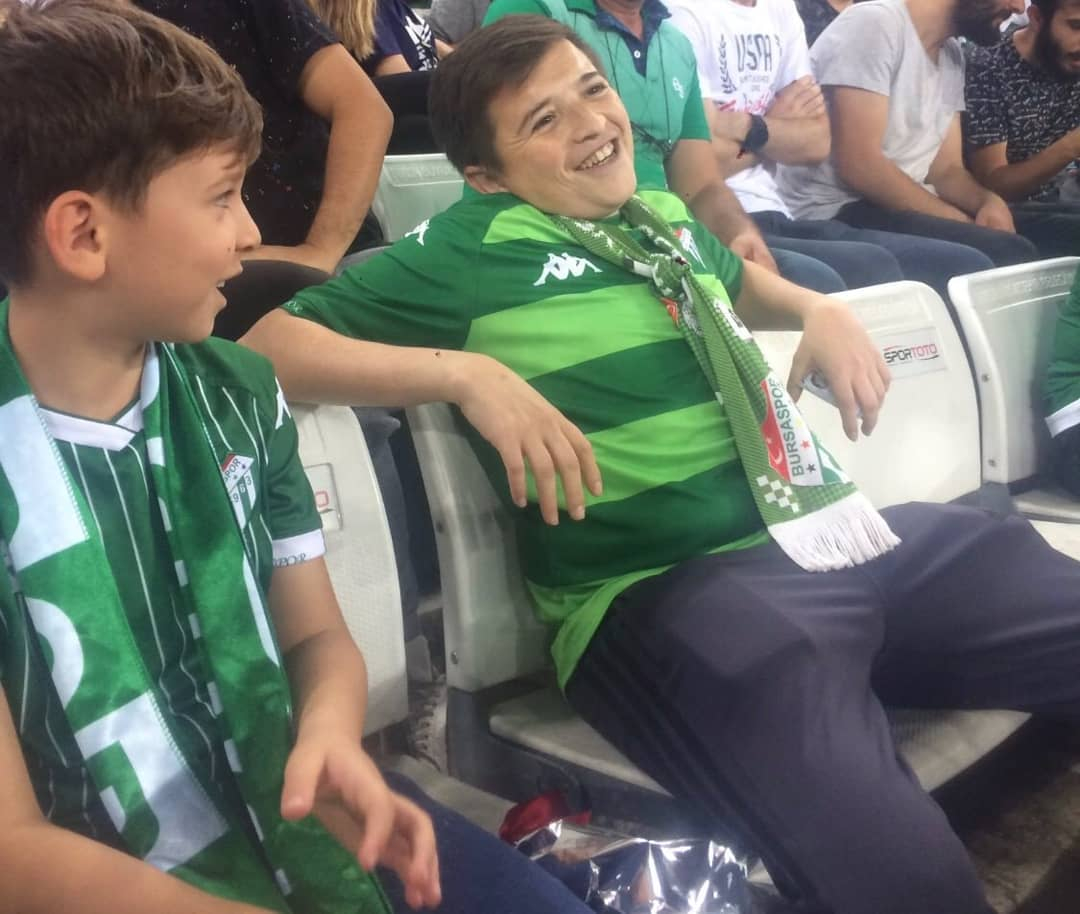 The incident occurred after Turkish clubs Bursaspor and Fenerbahce decided to take advantage of the international break by arranging a game.

And with both teams enjoying a strong following, they agreed that all proceeds from the showdown would be donated to organisations that fight against diseases such as leukaemia as well as foundations that support kids with Down Syndrome and autism.

All seemed well until the camera panned among the crowd and appeared to capture a youngster puffing away on a cigarette.

The fan, seated next to a child, did not have a care in the world as he enjoyed several puffs before the camera moved on.

Shocked viewers in Turkey quickly took to Twitter to share the clip as they searched for the kid’s identity.

However, they would not have to wait long for him to be identified.

Local reports claim the 'child' was in fact a 36-year-old Bursaspor supporter.

The young-looking dad had in fact brought along his kid to the game as they witnessed the “Green Crocodiles” claim a 2-1 win over Fenerbahce, according to a post on Yureginikoyortaya's Instagram account.

Once his age and name had been verified, amused Tweeters loved it.

“Benjamin Button,” hailed one while another claimed he had “took the water from the fountain of all youth”.