The 37-year-old took charge of Holland's 2-0 win against Latvia. 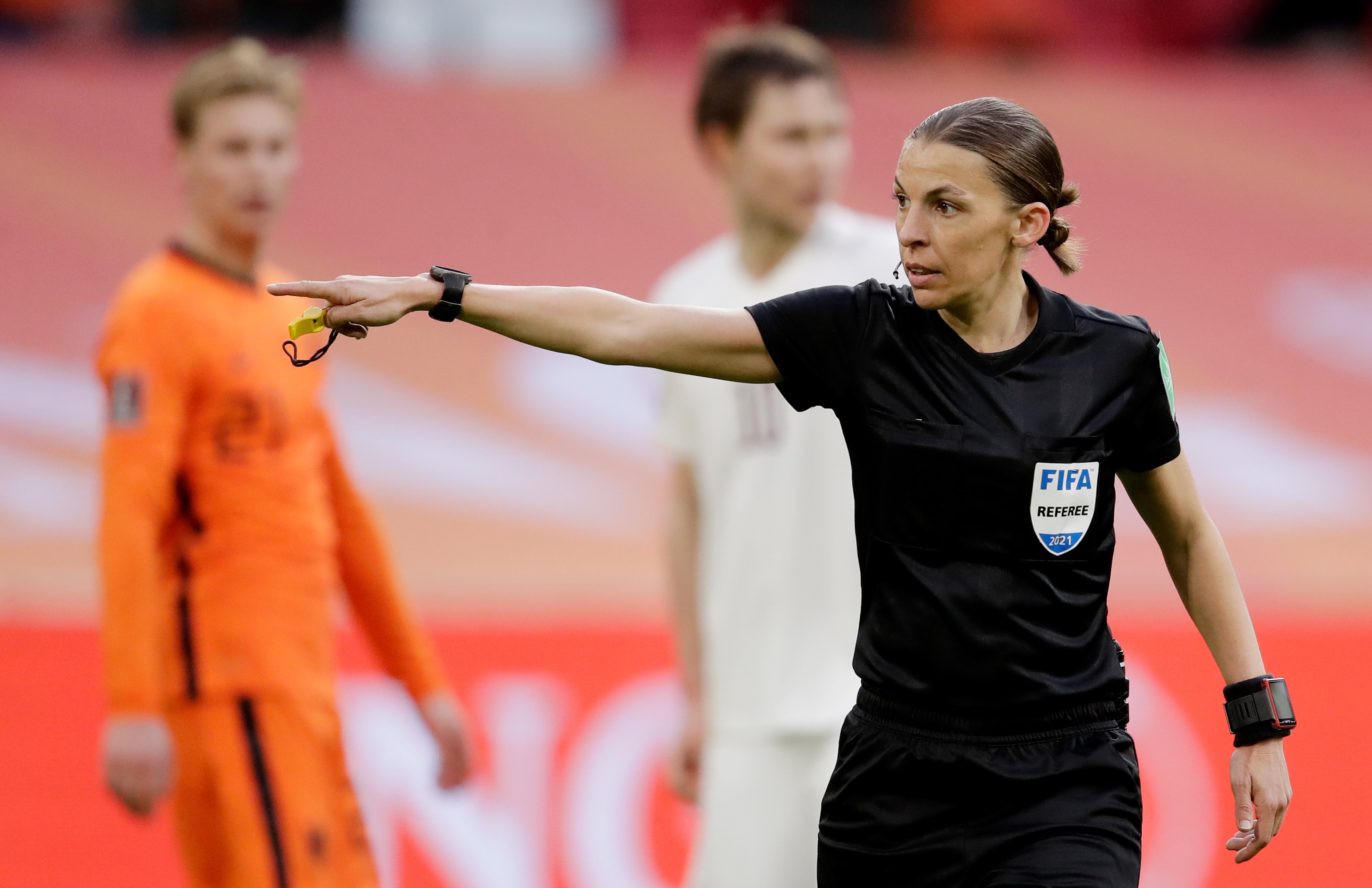 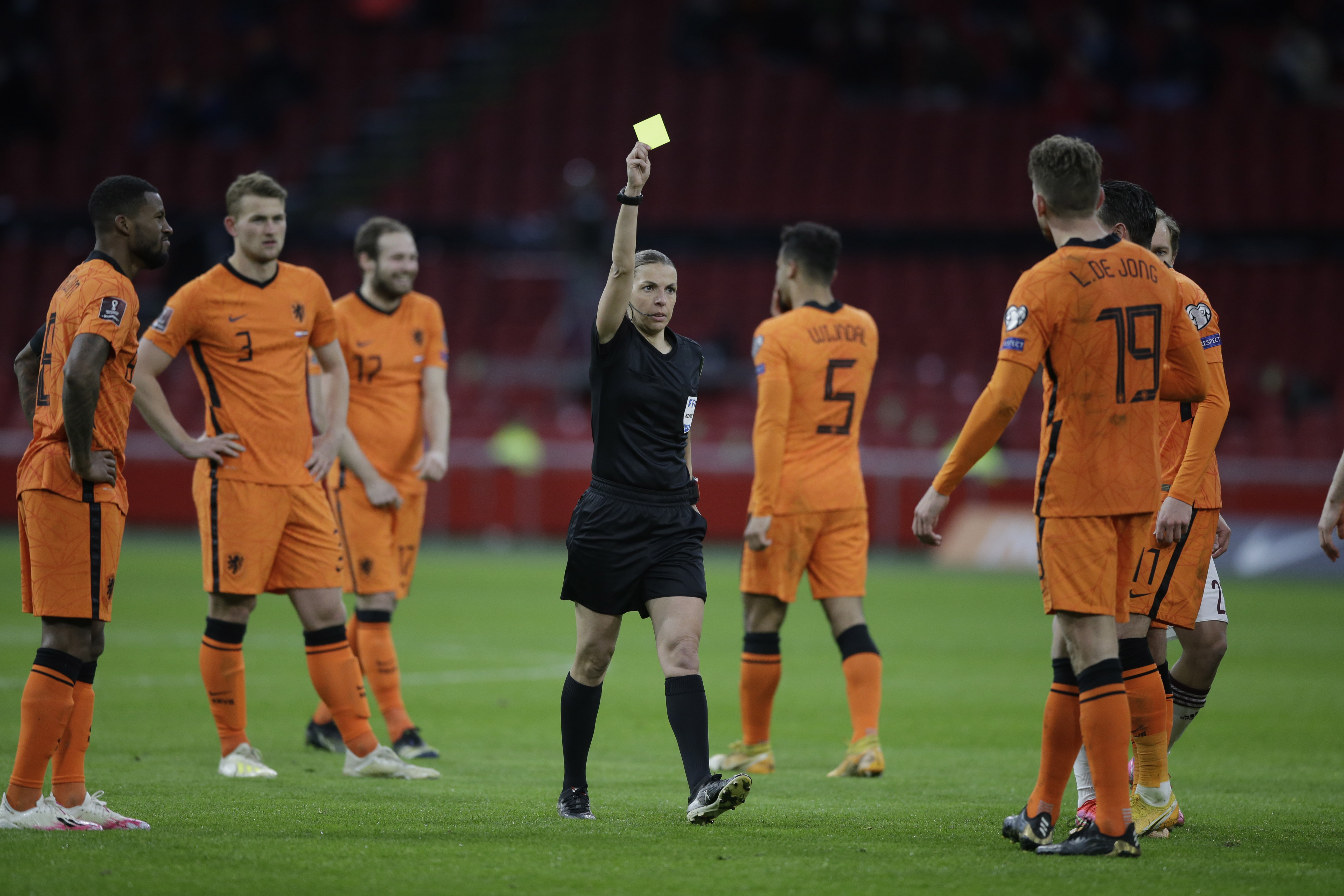 Frappart has been a trailblazer in the men's game during the last decade.

In 2011 she began referring in the third tier of French football, making the step up to Ligue 2 in 2014.

Frappart began officiating in Ligue 1 in 2019 – and was in charge for the Super Cup match between Liverpool and Chelsea later that year.

In November she became the first woman to referee a men's Champions League game, taking charge of a group stage tie between Juventus and Dynamo Kiev.

That game is fondly remembered for Cristiano Ronaldo's 750th career goal as the Italian giants cruised to a 3-0 win.

She has also been a prominent figure in the women's game, taking charge of several World Cup matches – including the 2019 final between USA and Holland.

The French referee had an easy day at the office yesterday, banishing four yellow cards as Holland eased to victory over Latvia.

Iconic referee Pierluigi Collina, who is now the chairman of the FIFA Referees Committee, was full of praise for the duo in a recent interview.

He told FIFA's website: "Although they already had some matches in important men’s competitions under their belts, officiating a FIFA World Cup qualifier for the first time is special and is something to be very proud of.

"They have worked very hard in recent years and these appointments are recognition for the good job that they have done."

Both Frappart and Monzul will now be eyeing up a role at the next men's World Cup in 2022.