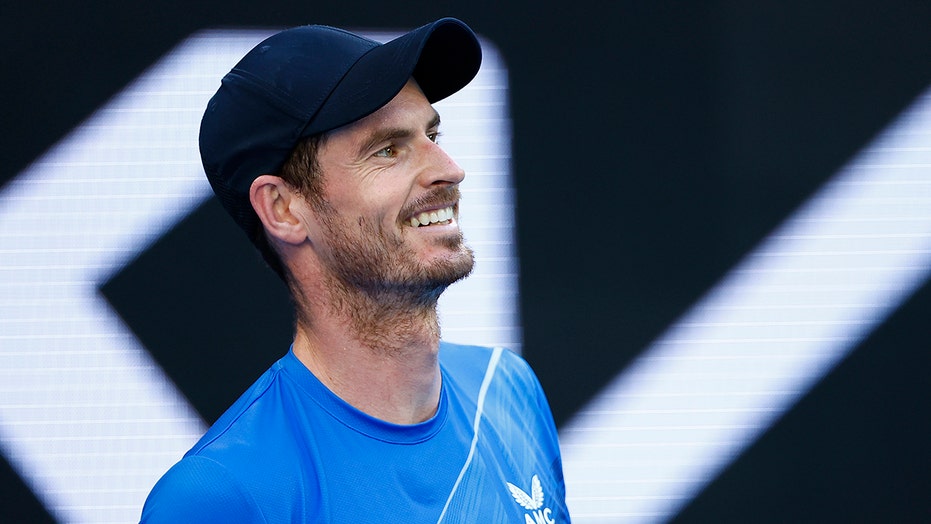 More than three million refugees have fled Ukraine since Russian president Vladimir Putin launched an invasion on February 24. Since then, three million refugees have fled to neighboring countries seeking safety and assistance. With all eyes on Ukraine, sports figures from around the world are stepping up to aid in wide-ranging humanitarian efforts.

Tennis legend Roger Federer announced on social media Friday that he would be supporting efforts “to establish access to continued schooling for Ukrainian children” by making a $500,000 donation through his foundation. 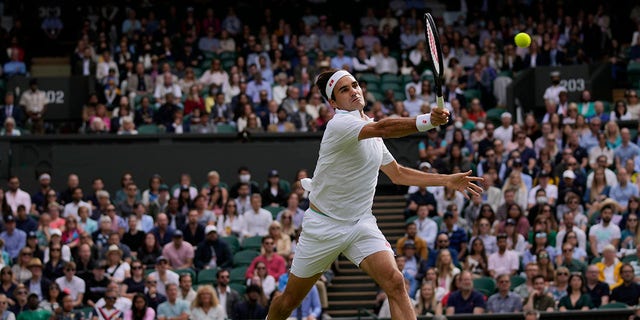 According to data collected by the United Nations, over 3.3 million refugees have fled Ukraine while an additional 6.5 million have been displaced within the country still. Figures show that around 200,000 people are without access to water, with several areas in the country being targeted by Russian attacks.

Of those refugees that have managed to leave Ukraine, the UN estimates that 90% are women and children.

Three-time Grand Slam champion Andy Murray announced earlier this month that he would be donating his prize earnings for the remainder of the year to a UNICEF campaign providing aid to children displaced by Russia’s attack on Ukraine.

According to the ATP Tour, his fundraising efforts began with the Indian Wells Open. After dropping in the second round to Alexander Bublik last week, Murray walked away with just over $30,000, which will be his first donation. 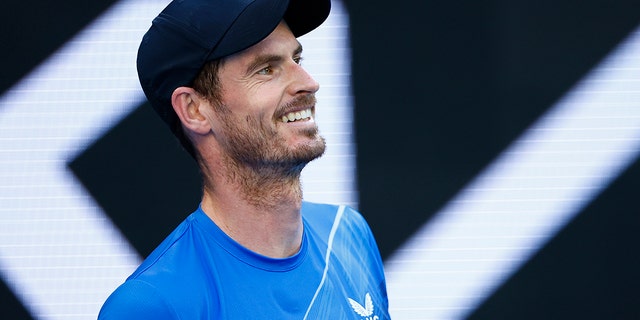 Andy Murray of Great Britain reacts in his second round singles match against Taro Daniel of Japan during day four of the 2022 Australian Open at Melbourne Park on January 20, 2022, in Melbourne, Australia.
(Photo by Daniel Pockett/Getty Images)

His announcement followed that of Ukrainian tennis star Elina Svitolina, who said last month that she would be donating money from her upcoming tournaments “to support army and humanitarian needs and help them defend You, our country.”

After agreeing to play Russia’s Anastasia Potapova in the opening round of the Monterrey Open earlier this month, Svitolina won the match and pledged her earnings to the Ukrainian army. After a quarterfinal exit, she earned $5,800.

“I was focused. I was on a mission for my country,” she said at the time. “All the prize money that I´m going to earn is going to be for the Ukrainian army.” 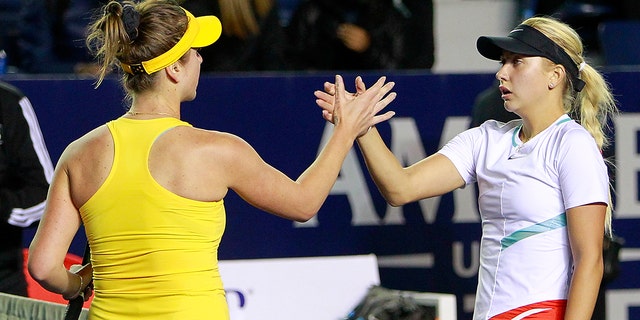 She also held a fundraising event in California called “Tennis with the Stars” to support the humanitarian effort in Ukraine.

Russian-born pro Maria Sharapova also announced on social media on March 9 that she would be donating to the Save the Children’s crisis relief fund.

“With each day that goes by, I am more and more heartbroken and deeply saddened by the images and stories of families and children affected by this escalating crisis in Ukraine,” she wrote on Instagram. “I pray for PEACE and send my love and support to all those affected.”

Back in the U.S., Utah Jazz owner Ryan Smith announced earlier this month a donation of 32,200 free nights of housing through an Airbnb campaign to house Ukrainian refugees.

“Connection and community have never been more important than it is today. Millions of people have been forced to leave behind their entire lives in Ukraine,” Smith said. “The Utah Jazz Foundation is honored to partner with Airbnb.org to fund stays for refugees who have fled Ukraine – enough to fill every seat right here in our own house—Vivint Arena—nearly two times over. And we can’t stop there. I encourage every organization to support Airbnb.org’s important initiative, to magnify their impact and house enough refugees to fill their arenas or workplaces.”

NHL legend Jaromir Jagr raised over $160,000 this month for refugees fleeing to the Czech Republic during a benefit game between his club Klado and HC Sparta Prague, NBC Sports reported. 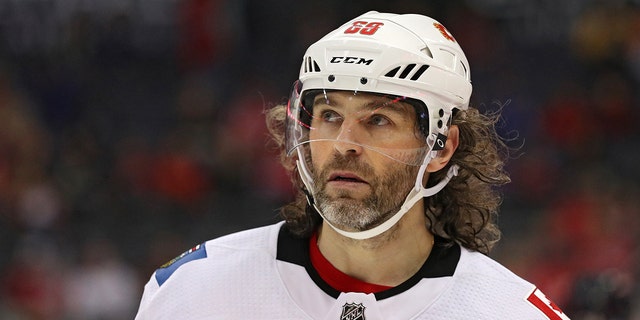 Jaromir Jagr #68 of the Calgary Flames looks on against the Washington Capitals during the third period at Capital One Arena on November 20, 2017, in Washington, D.C.
(Photo by Patrick Smith/Getty Images)

“I am terribly sorry to see mothers and children say goodbye to their fathers, take one bag and have to leave their country while fathers go to war and do not know if they will ever see their loved ones again,” Jagr said after the game, via the team’s website.

“There were some scores on the board today after the match, but I think they are all winners. Today it was something other than points on the table and I’m glad that people understand.”

NHL Commissioner Gary Bettman announced shortly after that the league would be donating $68,000 to Jagr’s fundraising efforts – 68 in honor of his No. 68 jersey.

“For three decades we have marveled at your talent, dedication and passion for our game. Tonight we salute your generous heart and commitment to improve the lives of those displaced from their homes,” Bettman said. “The National Hockey League is proud to support you and the great Czech fans in this effort.” 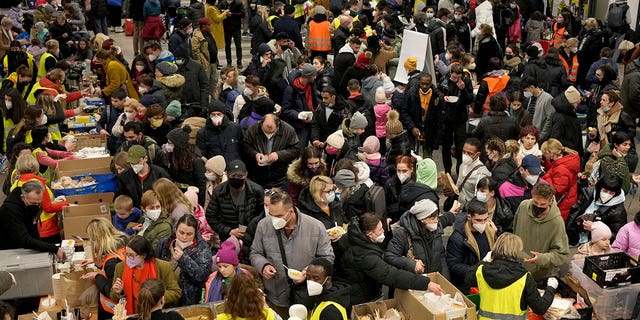 Ukrainian refugees queue for food in the welcome area after their arrival at the main train station in Berlin
(AP Photo/Michael Sohn, File)

Of the three million refugees that have fled, nearly two million have traveled to Poland. Thousands more have sought protection in Romania, Hungary and Moldova.