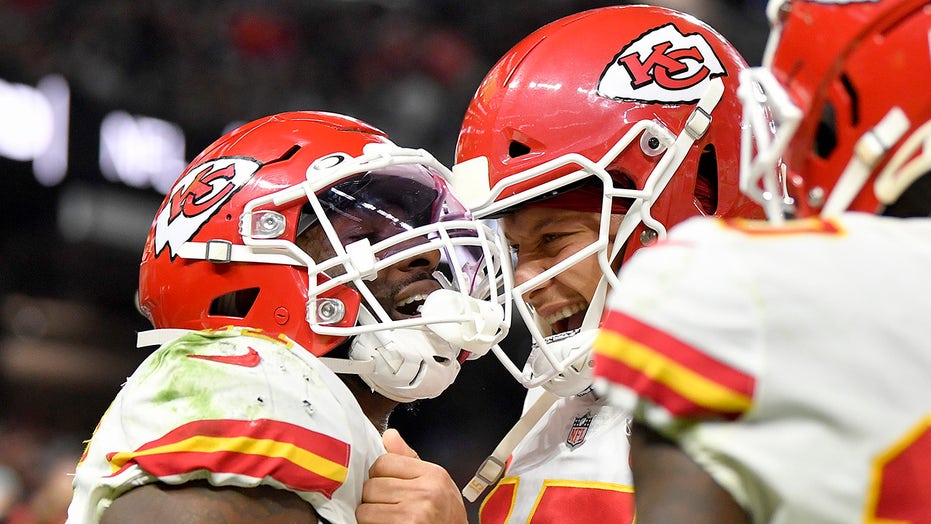 Patrick Mahomes and the Kansas City Chiefs showed the NFL world just how dangerous they could be, in case anyone forgot as they struggled through the first half of the season.

Kansas City’s 41-14 beat down of the Las Vegas Raiders on Sunday night catapulted the team back to the top of the AFC West and back into the playoff conversation. Moreover, it appeared whatever shakiness the Chiefs were going through during the first nine games of the season was completely gone. 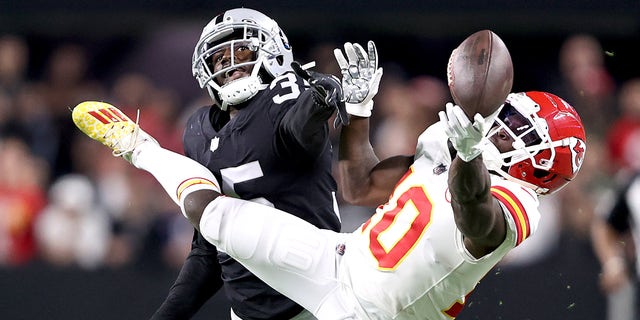 LAS VEGAS, NEVADA – NOVEMBER 14: Tyreek Hill #10 of the Kansas City Chiefs and Brandon Facyson #35 of the Las Vegas Raiders try to catch the ball in the first quarter in the game at Allegiant Stadium on November 14, 2021 in Las Vegas, Nevada.
(Sean M. Haffey/Getty Images) 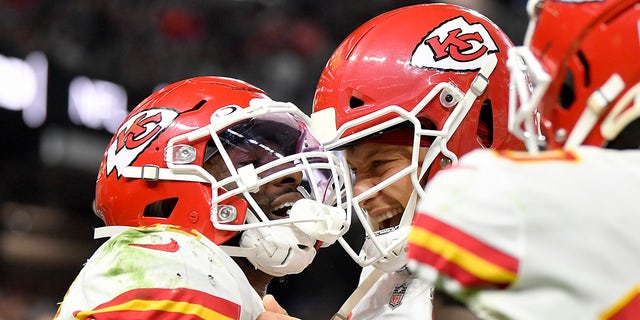 LAS VEGAS, NEVADA – NOVEMBER 14: Darrel Williams #31 celebrates after scoring a touchdown with teammate Patrick Mahomes #15 of the Kansas City Chiefs during the second half in the game against the Las Vegas Raiders at Allegiant Stadium on November 14, 2021 in Las Vegas, Nevada.
(Chris Unger/Getty Images)

DeSean Jackson had one catch for 38 yards in his debut but on his play, the ball was punched out and it was recovered by the Chiefs. It was one of the two turnover in the game.

The Chiefs came into the game with legitimate question marks.

The offense wasn’t clicking as well as it had in the past and many critics wondered whether the rest of the league had caught up to the Chiefs. Mahomes’ magical passes weren’t connecting and it just seemed like a lot was off about the Chiefs.

After last week’s win over the Green Bay Packers, Mahomes had no plans of playing more conservatively.

“I mean, I’m gonna take shots. The last few years I’ve taken those shots, and they’ve worked. I’ve taken those shots, and they haven’t worked (as well this season), and we’ve still been able to find ways to score points,” he said, via the Kansas City Star. “Whenever I’ve got a guy with a chance to make a play downfield, I’m going to give him a chance to make a play.” 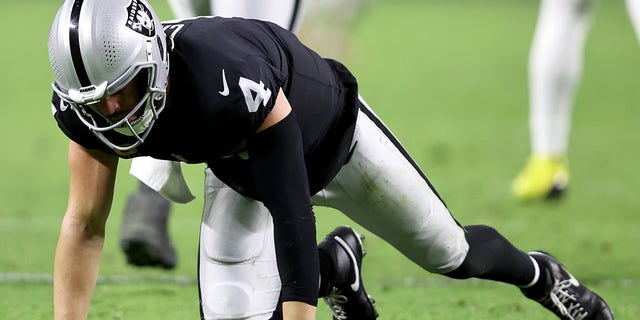 LAS VEGAS, NEVADA – NOVEMBER 14: Derek Carr #4 of the Las Vegas Raiders picks himself up after throwing the ball during the second half in the game against the Kansas City Chiefs at Allegiant Stadium on November 14, 2021 in Las Vegas, Nevada.
(Sean M. Haffey/Getty Images)

Not shying away from the risk it for the biscuit philosophy clearly helped Sunday night. At least three of Mahomes’ passes were for 30 or more yards. It was two long touchdown plays in the fourth quarter that helped the Chiefs separate from the Raiders.

Kansas City moved to 6-4 on the season and the Raiders fell to 5-4.