THOMAS TUCHEL piled praise on 'gift' N'Golo Kante after his incredible performance against Liverpool – with the stats backing up the Chelsea boss. 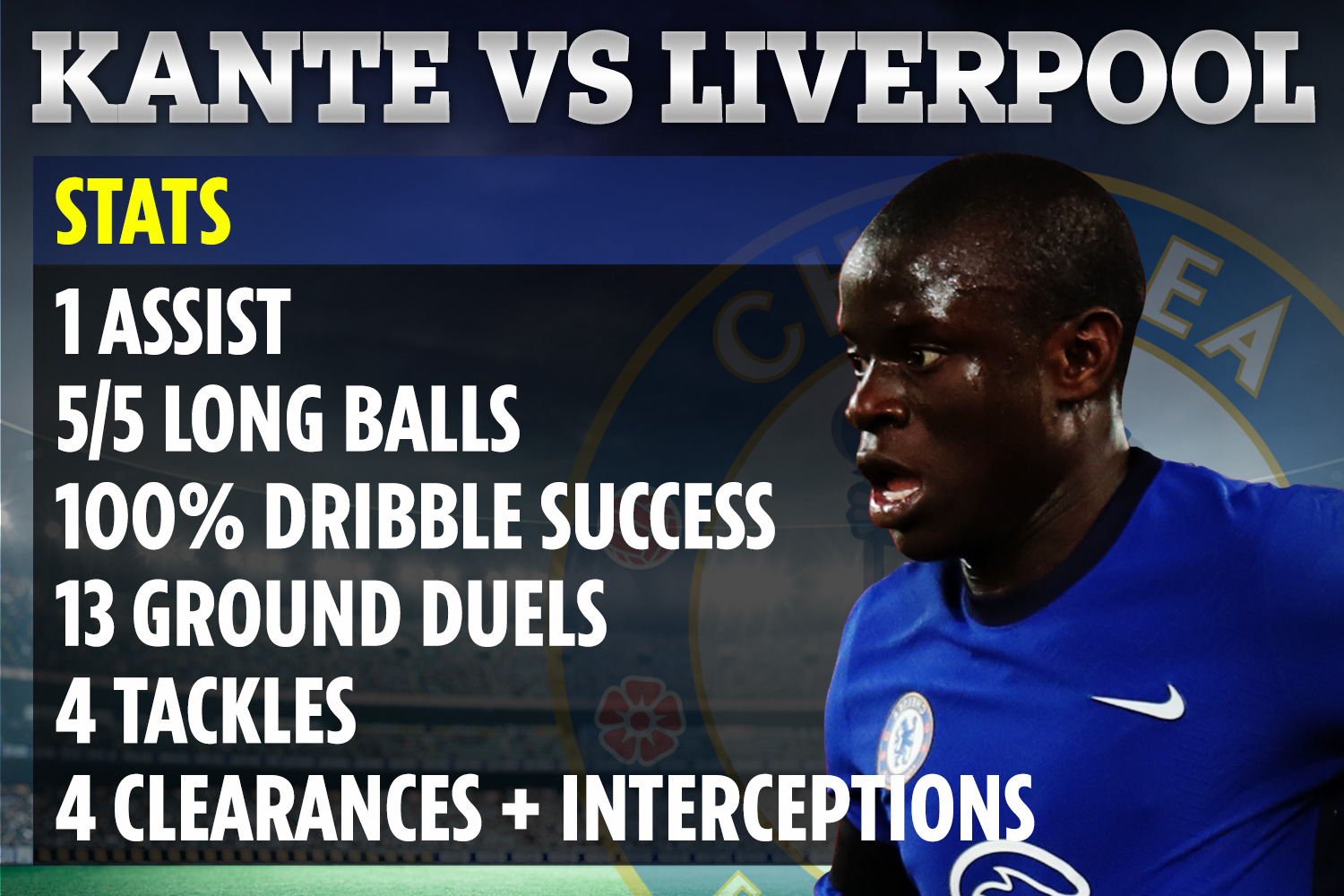 But Blues boss Tuchel was quick to single out 'incredible' Kante for his tireless work during the 1-0 win at Anfield.

Kante, 29, continually snuffed out Liverpool attacks before they could even begin, before setting a counter-attack in motion.

Then in attack, Kante got the all important assists, while also boasting an 100 per cent success rate with his four long balls forward.

On top of that, Kante completed every single one of his attempted dribbles in an unstoppable display at Anfield.

And after the game, ecstatic Tuchel told RMC Sport: "[Kante] is a gift. It’s incredible.

"I’ve never seen anything like this. At training, in games, he never stops.

"We look at the data on his intensity and he is incredible."

BET OF THE DAY: GET £60 IN FREE BETS BY BETTING £10 ON RACE ONE AT DONCASTER THIS SATURDAY

Tuchel concluded: "He really is a gift."

Andreas Christensen also put in a superb performance in the absence of Thiago Silva – who has returned to training following a month-long absence.

And Tuchel was quick to credit the Dane for his strong showing on Merseyside after he won all of his aerial duels, made nine clearances and completed 91.5 per cent of his passes.

The Chelsea chief added: "He is brave, strong in individual challenges and very brave and intelligent in our build-up.

"He plays with a lot of confidence and I am absolutely happy with his performance.

"How he has stepped up is a big part of our performances."