MAURIZIO SARRI has reportedly agreed to ditch Chelsea for Juventus.

Tancredi Palmeri claims the Italian will turn his back on Stamford Bridge after this month’s Europa League final after shaking hands on a deal replace Max Allegri in Turin. 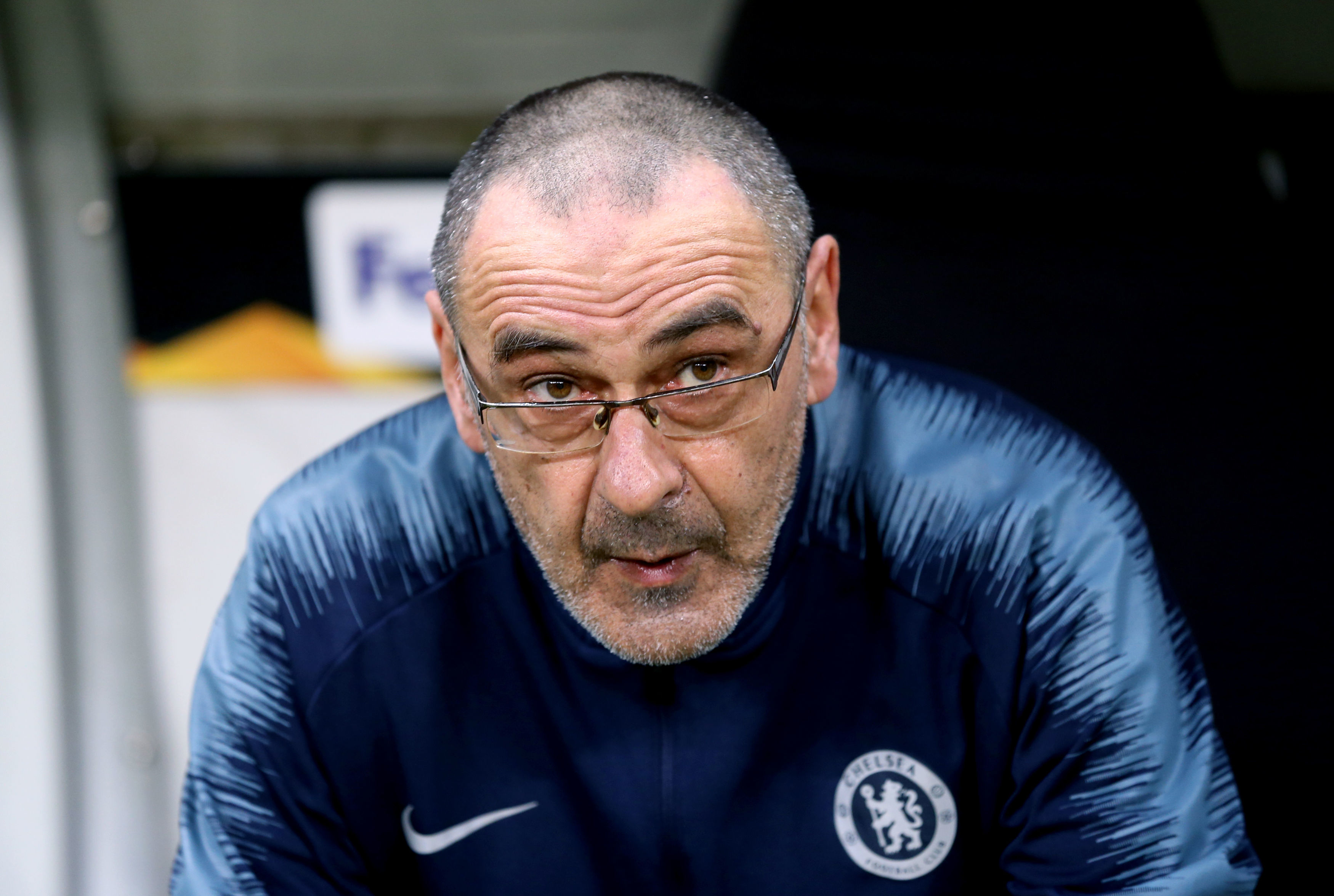 It’s said that former Napoli boss Sarri has signed a three-year contract worth £6million with the Serie A champions.

And Chelsea will be left searching for yet another new manager, with Sarri having the final laugh after being tipped to be sacked since Christmas.

Sarri finished third in the Premier League, securing a return to the Champions League, while also reaching the Carabao Cup final.

But the tactician’s style of play came under heavy criticism from some Chelsea fans and sections of the media.

SunSport understands the Blues have former player and Derby manager Frank Lampard in their sights.

And his return to the club could be on after Sarri apparently agreed to take charge at Juventus.

The report adds that Pep Guardiola was considered but a deal could not be closed.