LEWIS HAMILTON channelled the fighting spirit of Niki Lauda as he wrestled his Mercedes to victory in Monaco.

Hamilton, who dived into Monte Carlo's famous swimming pool after crossing the line, paid tribute to the three-time world champion, who died on Monday evening. 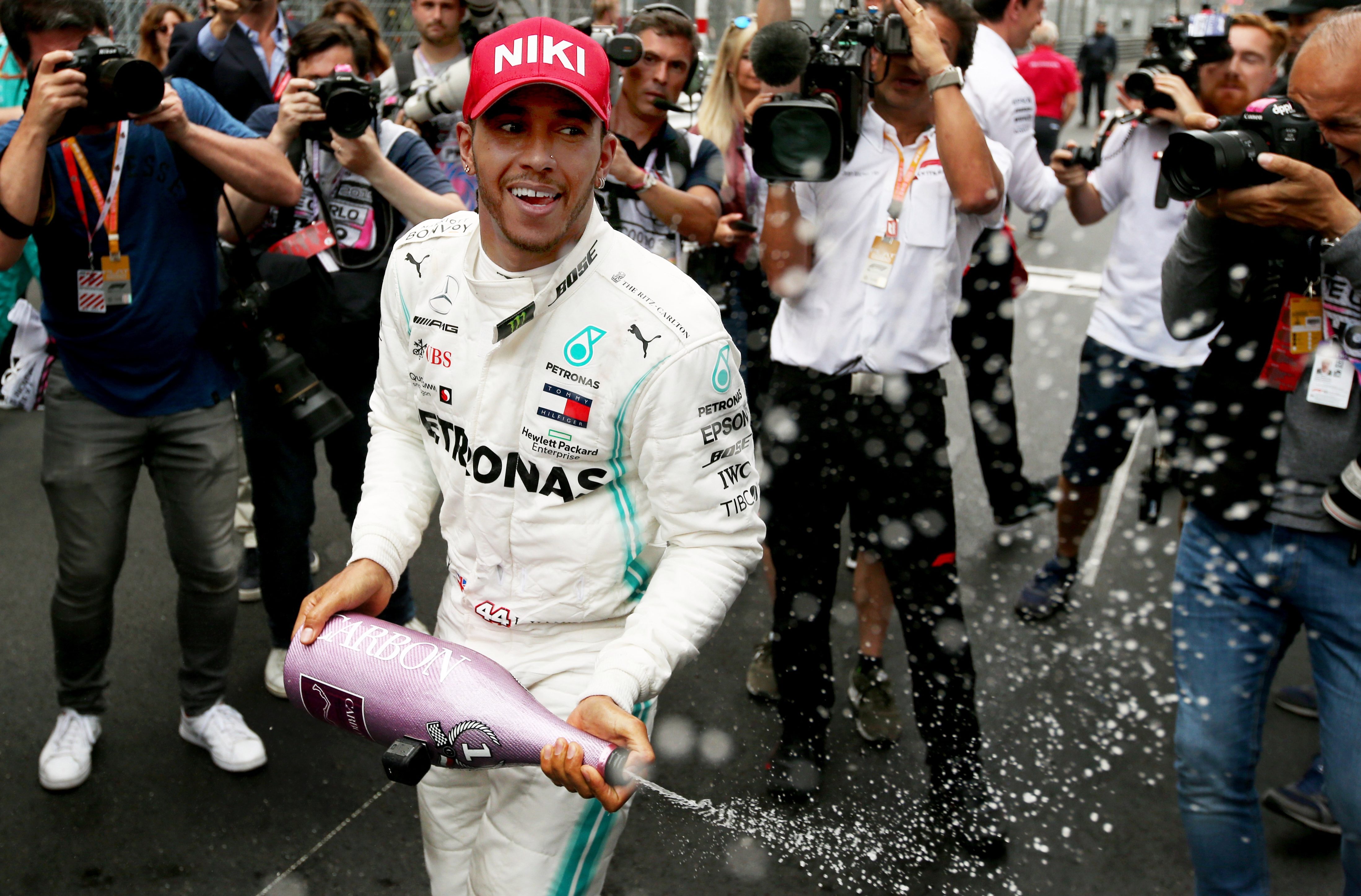 The Brit labelled Lauda as his "partner in crime" and the two had an incredibly close bond after the Austrian convinced him to join Merc in 2013.

Hamilton said this, his 77th victory in F1, was his "hardest" as he was left on tyres with no grip with Red Bull's Max Verstappen breathing down his neck.

He raced on for 67 laps on the same set of medium tyres and delivered a series of panicked messages to his race engineer.

Relived Hamilton said: "That was definitely the hardest race I've had but nonetheless I really was fighting with the spirit of Niki.

"He's been such an influence in our team and I know he will be looking down and taking his hat off.

"I was trying to stay focused and make him proud that it's been the goal all week and we truly miss him.

"It was up to me to bring it home for the team and Niki and there was every opportunity to crack under that pressure, but I was determined that I would not crack."

F1's drivers held a one-minute silence for Lauda before the start and they stood around in a circle around the former Ferrari-man's red crash helmet.

Mercedes staff wore red baseball caps in a mark of respect to Lauda, who famously wore a red cap to hide the horrific injuries he suffered in a fiery smash in 1976.

The halo cockpit protection on Hamilton and Valtteri Bottas's F1 cars was also painted in red along with one of the stars on their bodywork.

It was somewhat fitting too that Hamilton would have a fight with Verstappen late in the race.

While Lauda enjoyed a famous duel with James Hunt in 1976, Hamilton and Verstappen are the current F1 stars enjoying the latest tussle.

Hamilton felt he was destined to miss out on his third win at Monaco and feared his worn tyres would blow up.

He added: "In the car, with the tyres, with the strategy, with the circumstances with Max behind, it was the biggest challenge I think I've had.

"I'm really, really grateful I was able to pull it off.

"There was multiple things going into my thought process, 30 laps to go, 38 laps to go and I've got no tyres left.

"I was thinking there's no way, with the feeling I've had and the pace I had to do, that I'm going to make it. It's a horrible feeling to have.

"I was like, 'I'm not coming in. I'll drive around on these tyres until they blow up!'

"I just kept pushing and tried not to crack under pressure…I still can't believe where I finished to be honest.

I don't know how I did it. It just seems to be one of those races. I come each year, something happens.

"Sometimes it goes OK but [often] something's thrown at me and it doesn't seem to work.

"Seems like I'm destined not to win here too often.

"I appreciate the couple I've had and today I was like 'I'm not letting go of this thing!'."

Sebastian Vettel finished second after Verstappen was given a five-second time penalty after his Red Bull team released him from his pitstop into Bottas, who was third.

Vettel said: "We have a lot of work to do – we are not quick enough compared to Mercedes.

"Niki would be happy today, he will always be around, we will definitely miss him. He's an icon in the past and in the future, my thoughts are with his family."