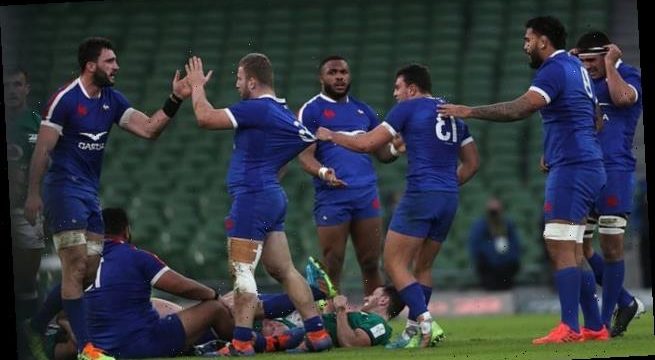 France’s Six Nations squad is in isolation after a backroom staff member tested positive for COVID-19 just two days after their win over Ireland.

Head coach Fabian Galthie returned a negative result but will be re-tested later on Tuesday.

The federation did not say where the squad is isolating but they will all be tested again on Wednesday in an effort to contain any outbreak. 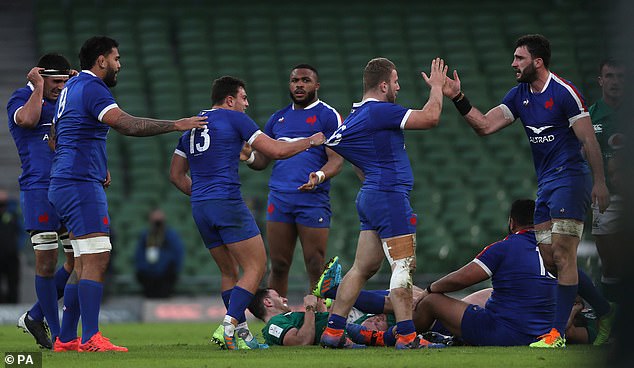 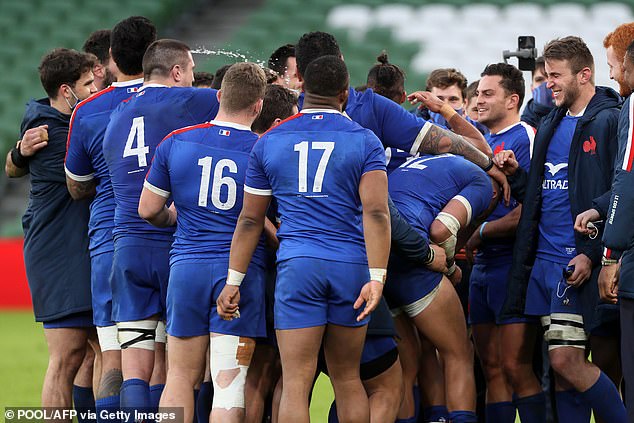 The French Rugby Federation said in its statement that additional tests will be conducted at the National Rugby Centre on Friday and one more round of testing at the national centre on Sunday.

France, who are leading the Six Nations standings with nine points after two wins from two games, are due to face Scotland next Sunday.

‘Following the PCR tests carried out last night in Marcoussis with the XV of France, all the players tested negative, a member of the technical staff tested positive, as well as a suspicious and unproven case concerning Fabien Galthié who will be tested again this morning,’ read a France Rugby statement. 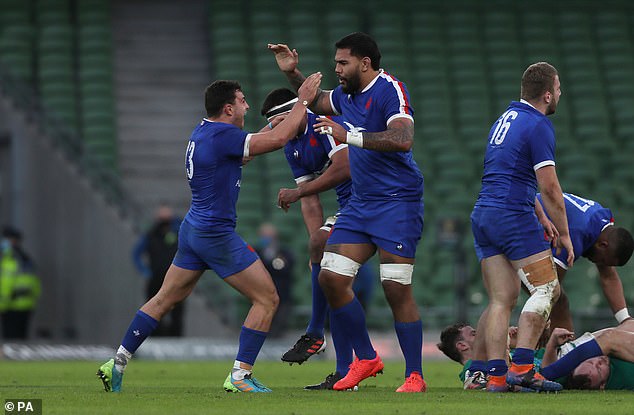 ‘In accordance with health protocol, all members of the team and management were isolated this morning. Interactions are kept to a minimum.

‘An additional test carried out at the National Rugby Center will be carried out on Wednesday morning for the entire selection.

‘Tests will be carried out at home on Friday, as well as on Sunday evening at the National Rugby Center during training.

‘The announcement of the 31 players for the Scotland match will take place this Wednesday evening, February 17.’