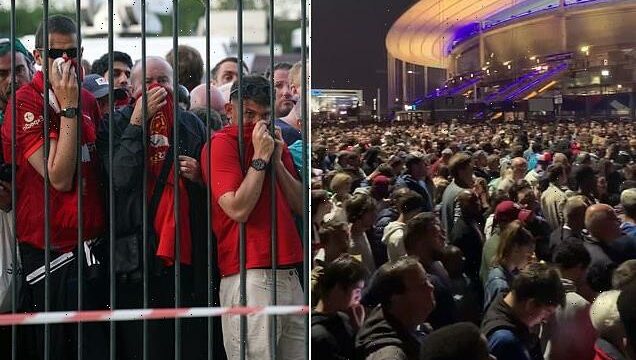 UEFA faced embarrassment on Friday night as thousands of fans were left stuck outside the Stade de France for the second time in less than a week following France’s Nations League match against Denmark.

Supporters flocked to Paris to watch the world champions in action, but there were problems leaving the venue as video footage showed huge crowds of fans trying to exit the Stade de France.

The organisation of matches at the ground has come under fire in recent days after concerning scenes before, during and after the Champions League final between Real Madrid and Liverpool last Saturday,  where fans were pepper-sprayed by police amid increasing tensions.

The game was delayed by 36 minutes as Liverpool fans struggled to get into the ground and testimonies have flooded in to the Anfield club on the mistreatment they faced.

UEFA initially claimed that the delay was due to the ‘late arrival of fans’, before then claiming that ‘fake tickets’ had caused issues.

French interior minister Gerald Darmanin also placed the blame on Liverpool supporters, and accused them of forcing their way into the stadium and assaulting stewards.

However, reports on the evening paint a different picture, with Sportsmail revealing that fans arrived in plenty of time prior to kick-off, only for French police to block access routes, leaving supporters crowded together with very little room to move. 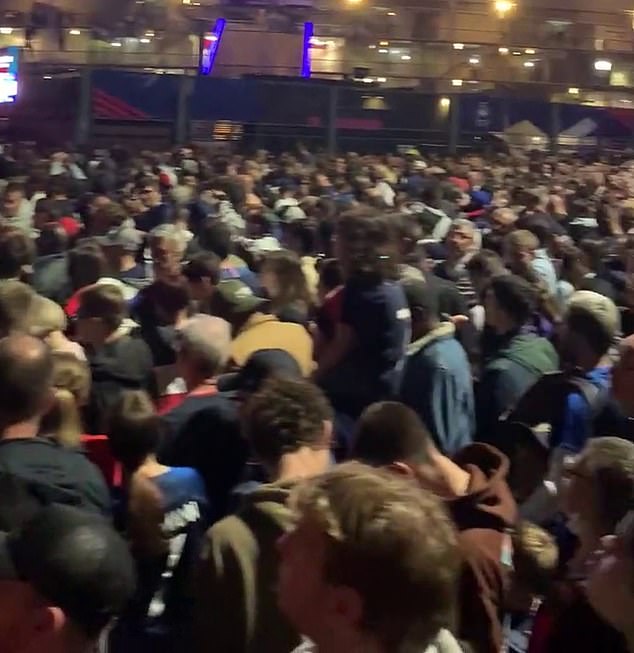 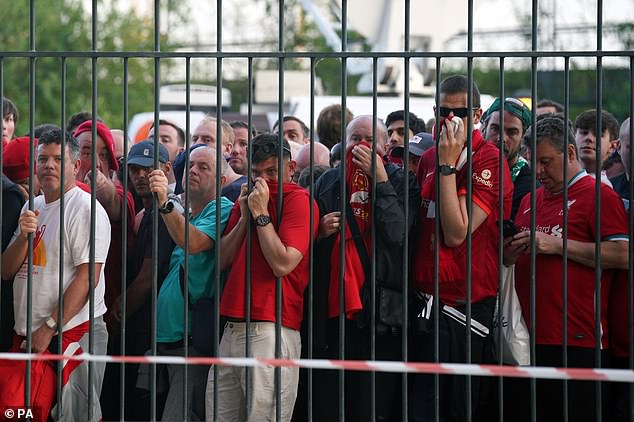 As the police struggled to control the situation, they used pepper spray and tear gas on supporters.

Real Madrid have since released a statement, claiming that they were ‘hugely disappointed’ by the difficulties that their own fans experienced with getting into the stadium.

They added that their ‘defenceless’ fans were attacked by criminals in the French capital.

UEFA finally issued an apology on Friday for the ‘frightening and distressing events’ that occurred throughout the evening. 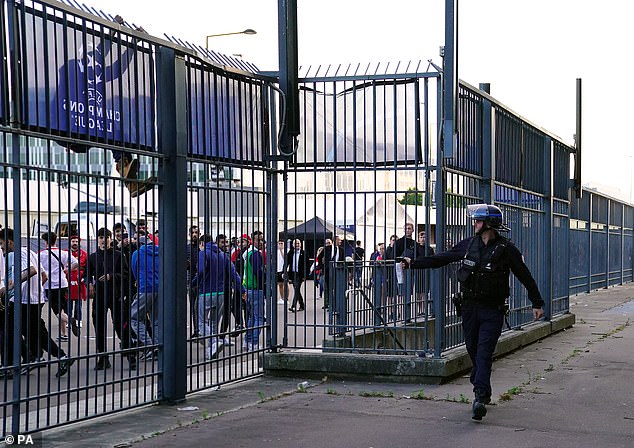 It seems that issues still remain with getting fans into the stadium safely, though, based on the footage from France’s 2-1 defeat against Denmark.

The footage from Friday night’s match, which cannot be accused as being thrown on authorities at short notice, as was intimated with the Champions League final, will have caused further embarrassment to UEFA.

Thousands of fans were seen grid-locked close to the exits of the stadium with little to no movement as some supporters got on shoulders of others to get a better vantage point.