Daniel Pembroke has gone from eating pies in his campervan to a Paralympic gold medal after a dominant javelin victory in Tokyo.

The 30-year-old delivered a masterclass in the F13 final by setting a new Paralympic record of 69.52m to beat his rivals by a massive five metres – just a year after coming back to athletics.

Pembroke, who has just 10 per cent peripheral vision, was a javelin hotshot before London 2012 and was bidding to qualify for the Olympics before an elbow injury five weeks before scuppered those chances.

He packed his bags and headed for Sardinia, where he met fiancée Martina, and then travelled the world for four years, living in campervans, hostels and sometimes just the beach.

His eyesight deteriorating, he returned to the UK to live in Hereford and restarted athletics during the first Covid lockdown.

“I owe everything to my eye condition, because of the haste of how it was deteriorating I went around the world to see everything I could while I still had the chance,” he said.

“But this is the best day of my life. It is an amazing experience and I can’t put it into words, I know everyone says that but it is true.

“There are so many words to describe what just happened and I am so so happy. The trend at the moment is that I go out really tense and it takes me a while to get relaxed but when I do the big throws really come out.

“My travelling days are done now, my next job is to break the world record. It has been a busy couple of years but I also want to get married as soon as possible.”

Meanwhile, Libby Clegg says she’s retiring at the right time as she prepares for her final athletics race in Tokyo on Friday.

The double champion from Rio goes in the 4x100m relay after crashing out of the T11 200m in the first round after setting the 11th quickest time.

“I am super happy with my run , six weeks ago we going to be here so I am just happy to be honest to finish my athletics career in the Olympic Stadium,” she said. 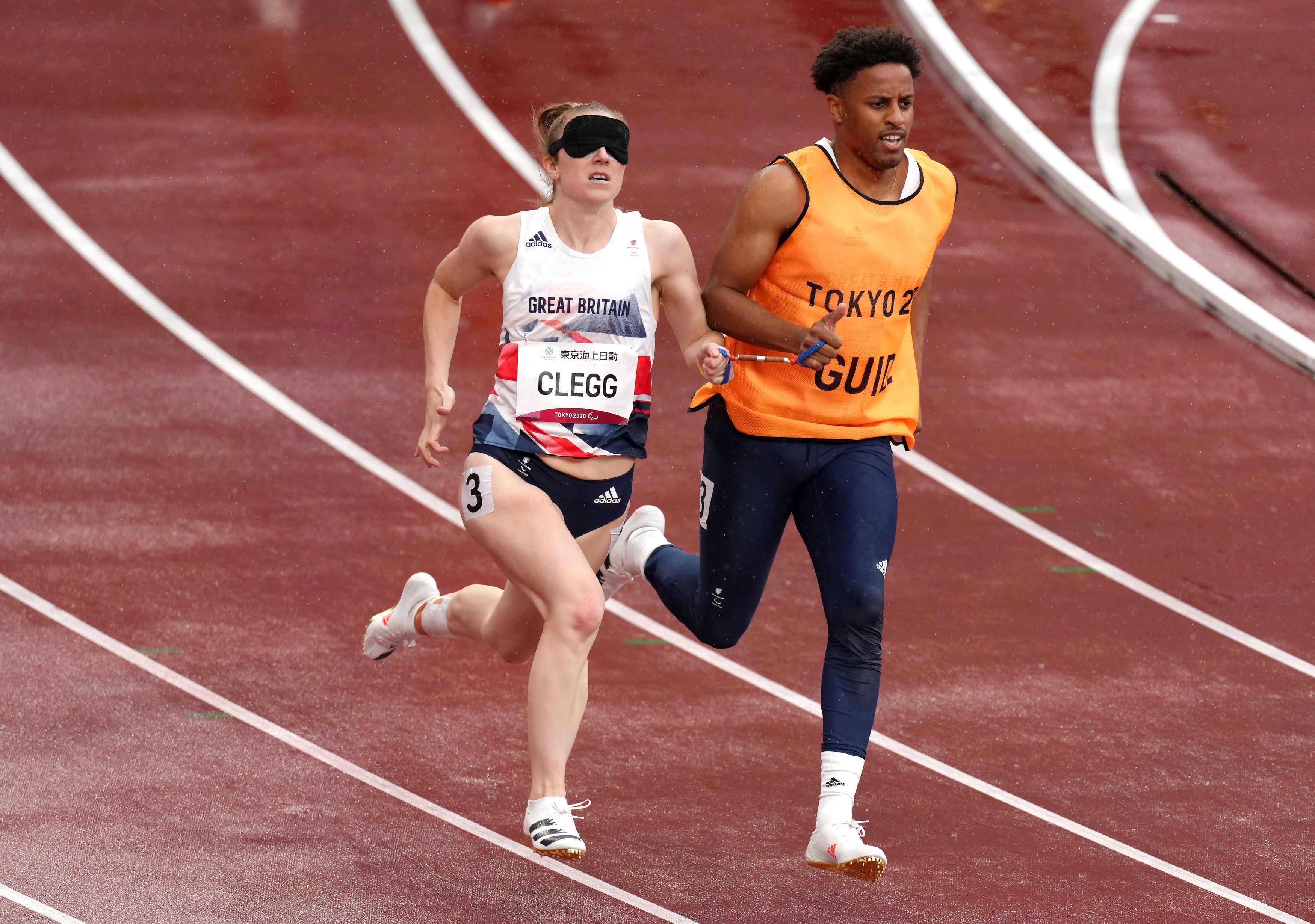 Libby Clegg will retire from the sport after these Games

“I have the relay tomorrow to finish and I am really looking forward to it. There are so many young athletes coming through and I am ready now, ready for the end in a nice way. I am happy.”

Elsewhere, Dan Greaves became the first Brit to win an athletics medal at six straight Paralympics with bronze in the F64 discus but says he must ask his wife before going for a seventh.

The Leicestershire thrower finished third in the F64 final thanks to a best throw of 53.56 metres in tough conditions.

Greaves, who won his first medal in Sydney 21 years ago, now has one gold, two silvers and three bronze medals but is unsure if he will add to the tally at Paris 2024.

“This is what it is all about for me, I thought I had maybe had my day but it is nice to walk away with a medal from another Games,” he said.

“I have been through some tough times and it is really hard to describe the dark moments. I was told I could crack my hip if I keep training at the intensity I was and I didn’t really fancy a replacement.

“I want to be able to play with my kids and do everything a dad should, so I took six months off in 2019. My body is now able to cope with the load it is given and I have fallen back in love with it.”

Meanwhile, Sammi Kinghorn won silver in the T53 400m to go alongside her T53 100m bronze from Thursday.

Sainsbury’s is a proud supporter of ParalympicsGB and a champion of inclusive sport for all. Sainsbury’s commitment to helping customers to eat better has been at the heart of what we do since 1869. For more information on Sainsbury’s visit www.sainsburys.co.uk/ and https://paralympics.org.uk/