CONOR McGREGOR flashed his gold Rolex while sitting in a £280,000 Rolls Royce.

The Irishman is a watch lover, which his collection believed to be worth around £1million. 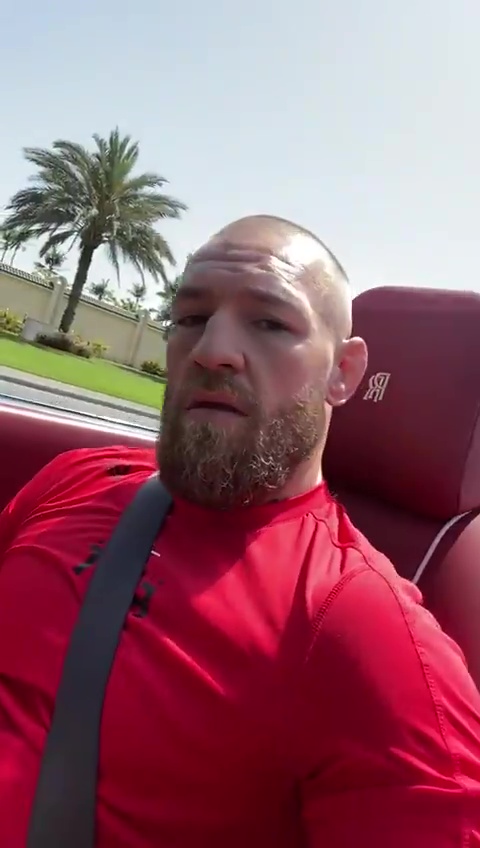 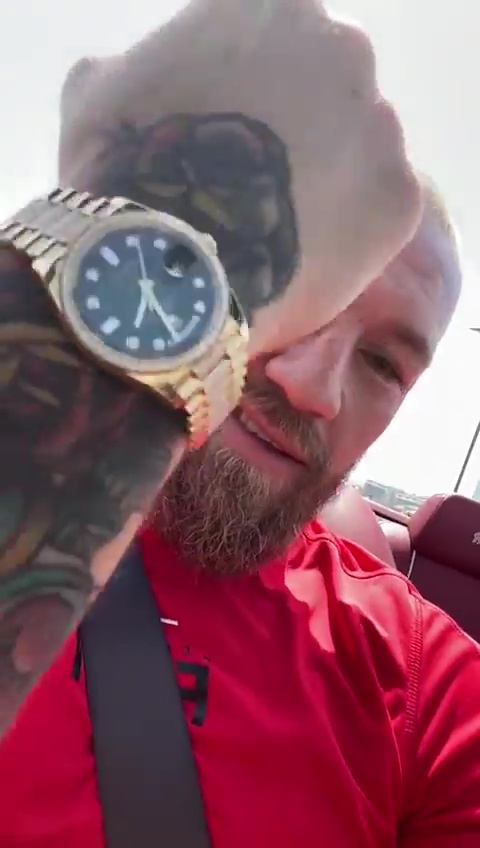 And McGregor also has a passion for flash cars, being known to drive around in BMWs, McLarens, Mercedes' and Lamborghinis.

In his latest Twitter post, the UFC superstar posed in a Rolls and showed off what appears to be a Rolex Datejust, valued at £20,000.

McGregor, 32, is currently enjoying a sunny getaway, but is still keeping in shape ahead of his trilogy bout with Dustin Poirier, also 32, in the summer.

Poirier, who lost the original fight in 2014, knocked out the Dublin southpaw to set up a series decider, likely in July.

But McGregor reignited an old rivalry with Nate Diaz, 35, online after the pair were involved in an X-rated Twitter row.

The Notorious, who is 1-1 with Diaz following their series in 2016, re-posted a video before their first fight in 2016 where he called for 'The McGregor belt'.

A fan then responded by pointing out the UFC actually created a custom 'Baddest Mother F***er' title for Diaz first.

But Jorge Masvidal, 36, went on to win the BMF strap in November 2019, after Diaz, 35, was pulled out with a gruesome cut after round three.

"Went up two weight divisions on a weeks notice to fight him for that fight. No hesitation. Straight onto my jet. In thru the side door. Surprise, surprise."

Diaz then referenced his 2010 fight with Rory Markham, where he filled in on short notice, in response to McGregor.

And he warned his rival to focus on rematching Dustin Poirier, having been knocked out by the American in January.

"And don’t worry on my next fight bro. You and your face know what I’m like when I go again with it."