The pair will collide in New York as chief support for Anthony Joshua, who defends his unified heavyweight titles against Jarrell Miller replacement Andy Ruiz Jr. 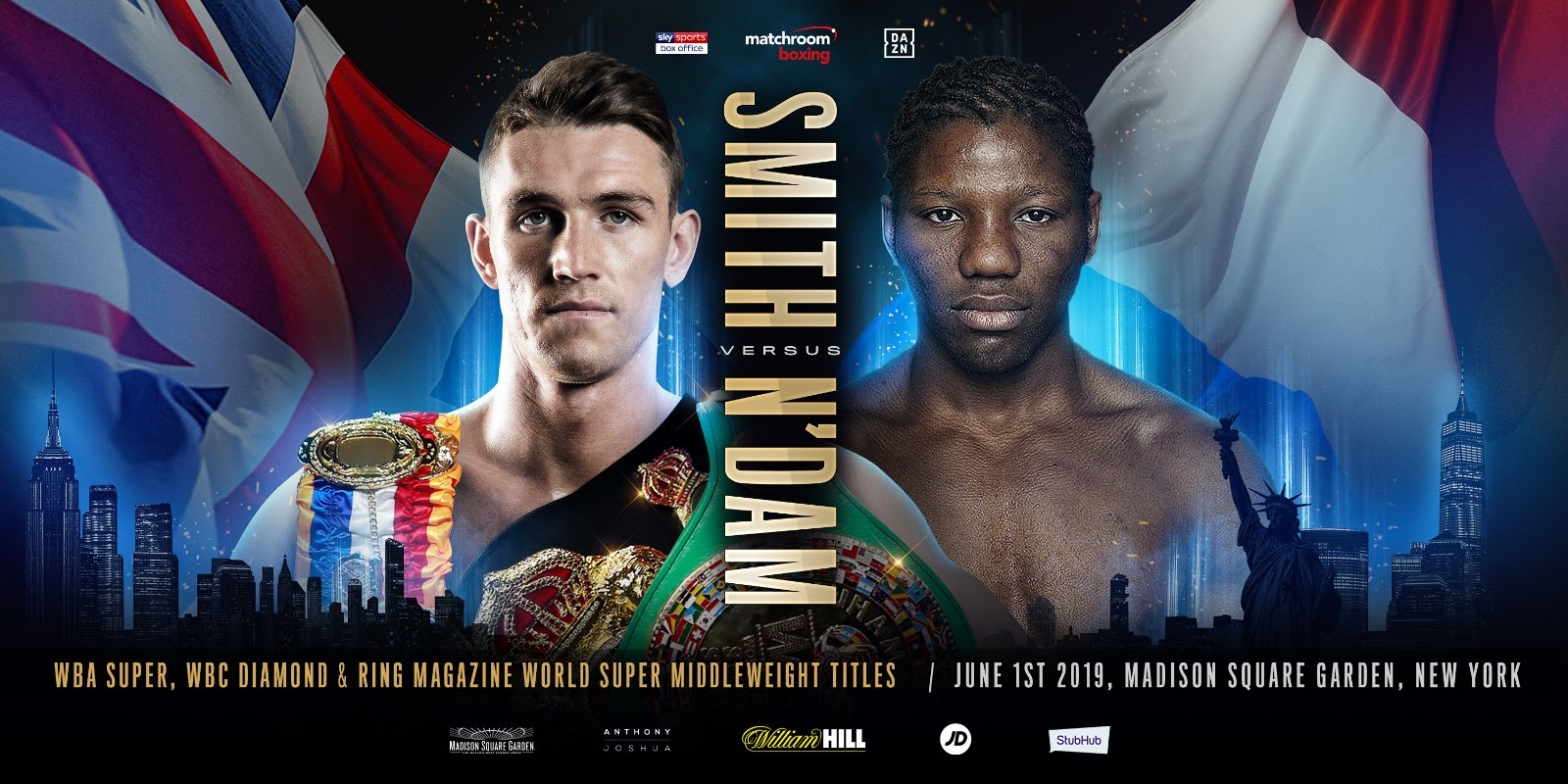 Smith will also put his WBC 'Diamond' and Ring magazine belts on the line against N’Dam – who in December outpointed Martin Murray.

The 29-year-old Merseysider has not fought since he won the World Boxing Super Series in September knocking out George Groves in seven rounds to also claim the WBA strap.

Defending his world title for the first time at New York’s illustrious Madison Square Garden is “special” according to the champion, who is unbeaten in 25 fights.

Smith said: “I’ve had a good camp and I’m looking forward to walking to the ring as a World Champion for the first time in my career.

“To have my first defence at Madison Square Garden is going to be special and it’s another box ticked for me personally.

“People call it the Mecca of Boxing and I’ve always seen it as a venue that I’d love to fight at one day.

“The minute that there was a chance of it happening I pushed to make sure that I could be part of this show.”

Before Smith retired Groves he spent time sparring with N’Dam, and the Scouser claims the pair “know each other well”.

Smith said: “N’Dam is a good fighter and he’s a former world champion. He’s only lost to three top fighters and he’s got some great wins on his record.

“I had him over in England to help me prepare for George Groves so we know each other well. He’s a good mover, has good footwork and can move around the ring pretty well.

“Experience is on his side and he’s an awkward guy to face. Saying that, he’s definitely a fighter that I should beat and get rid of if I’m on my game.”