OK, so… we’re all cool now? Makeup mogul James Charles has been in the center of a drama storm after he and OG YouTube makeup artist Tati Westbrook had a falling out. After Charles endorsed one of Westbrook’s competitor’s products, she unleashed a since deleted staggering 43-minute video explaining the breakdown in her and Charles’ relationship. In the aftermath, Charles lost millions of followers including famous celebrities. However, photos of James Charles at Kylie Jenner’s party for her new skincare line suggest everything might be well and good, at least in the Kardashian/Jenner hood. (Objectively, it’s one of the more important relationships for Charles to salvage if we’re talking business, here.)

To bring you up to speed, Charles and Westbrook have been tight ever since the beginning of his career. Both admit they felt like family to one another, and Westbrook explained in her video that she and her husband have gone out of their way to support Charles as his career grew. After Coachella 2019, Charles posted an endorsement video on his Instagram stories for Sugar Bear Vitamins, a competitor to Westbrook’s vitamin brand, Halo Beauty. This prompted her video in which she accused Charles of being manipulative, a social climber, opportunistic, and neglectful, among a slew of other things.

Charles released a much shorter apology video called "tati" to which he basically said, "Yeah, my bad." However, at the time, he had already lost upwards of 1 million followers. It was reported Jenner was one of the people to jump ship, and at the time of publication, she was still not following Charles on Instagram.

Since then, Charles uploaded a new video called "No More Lies" exposing text messages and more between him and Westbrook. In response, she took her "Bye Sister" video down.

Despite Charles’ personal relationship with Jenner, he still made the invite list to her Kylie Skin launch party which he heavily documented on Instagram.

Charles posted videos of himself skating on the party’s pink roller rink, hanging out in a pink bathtub, and perhaps posted the most important photo of all — chilling with Kris Jenner. If there was any lingering awkwardness, you wouldn’t know it. 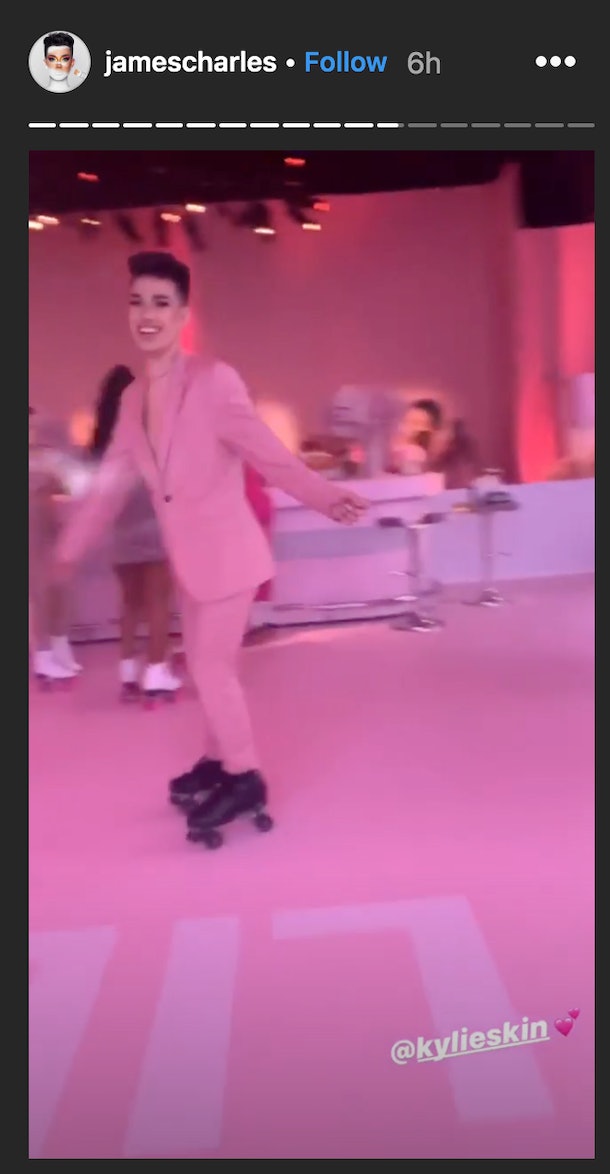 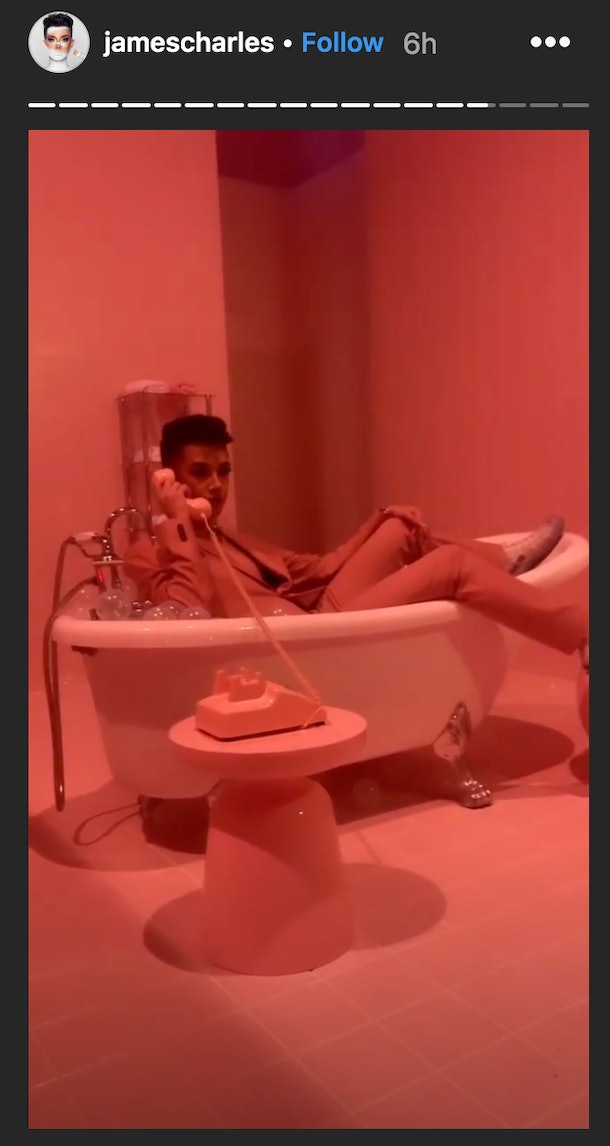 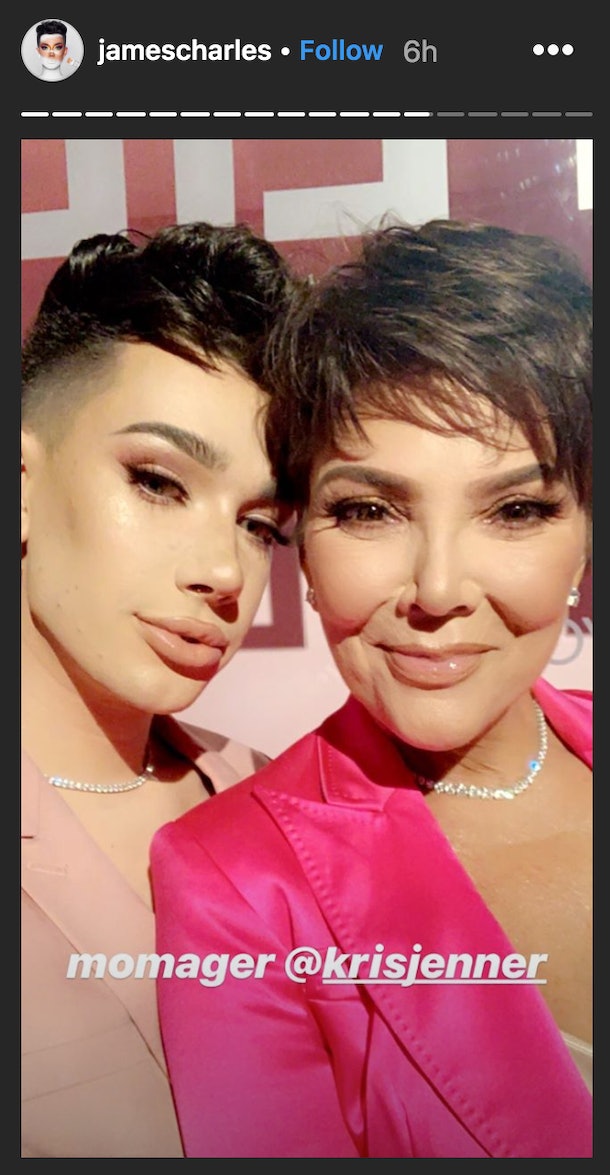 In 2018, Charles collaborated with Kylie Jenner for her Halloween makeup look.

At the time, he told Entertainment Tonight, "She was just so sweet," adding, "It was just really amazing to see someone else in this space working really hard and just making it at a young age. She’s just a huge inspiration to me and I definitely had a similar experience to her in that people just love to tear you down and bash you and stuff, but she’s a great role model."

To be fair, Charles was featured in one of Kylie’s Instagram stories, which makes it seem like she isn’t worried about being associated with him. Right? 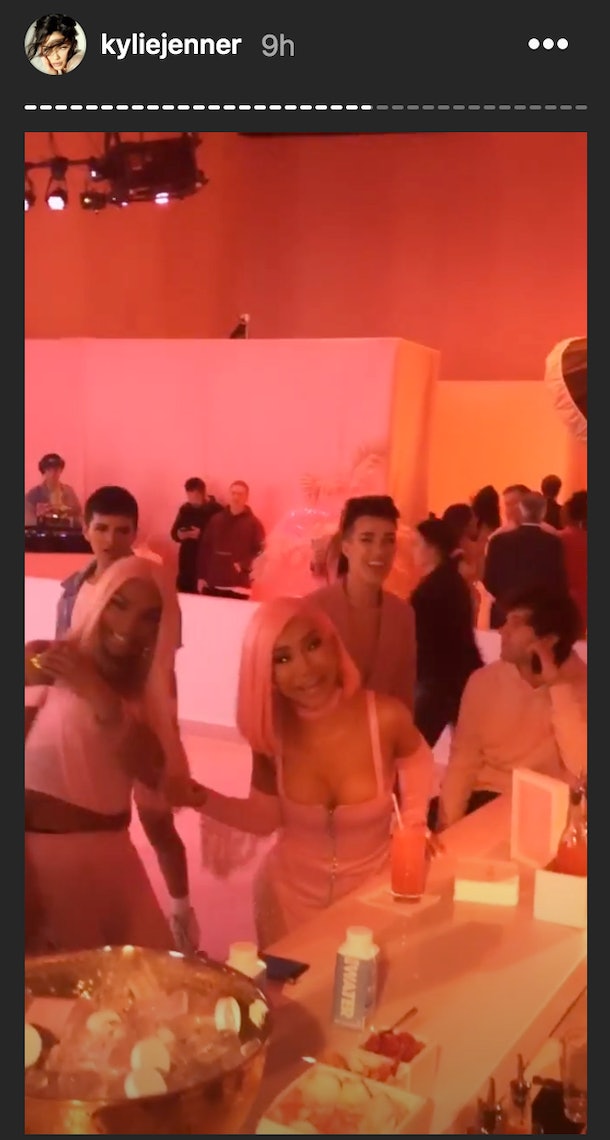 As for Kris, Charles previously said she is "the sweetest" and claimed he was "close with her and her entire family." He also praised Kris’ undeniable momager skills, stating: "She’s a genius, and what, like, anybody seems to think, building a business is probably the best talent that anyone could have and being able to leverage your name for likeness and build a brand around it — hello, that’s so smart and so good."