“It’s a beautiful day to save lives!” Ellen Pompeo shared a selfie with costar Richard Flood as the Grey’s Anatomy team returned to filming amid the coronavirus pandemic.

When Is ‘Grey’s Anatomy’ Ending? Everything Ellen Pompeo Has Said

“First time back in my scrubs,” Pompeo, 50, wrote via Instagram on Tuesday, September 8, posing with Flood, 38, in blue scrubs and a face mask. The actress, who has played Meredith Grey on the medical drama since 2005, gave a shout-out to those working on the frontlines amid the global health crisis. 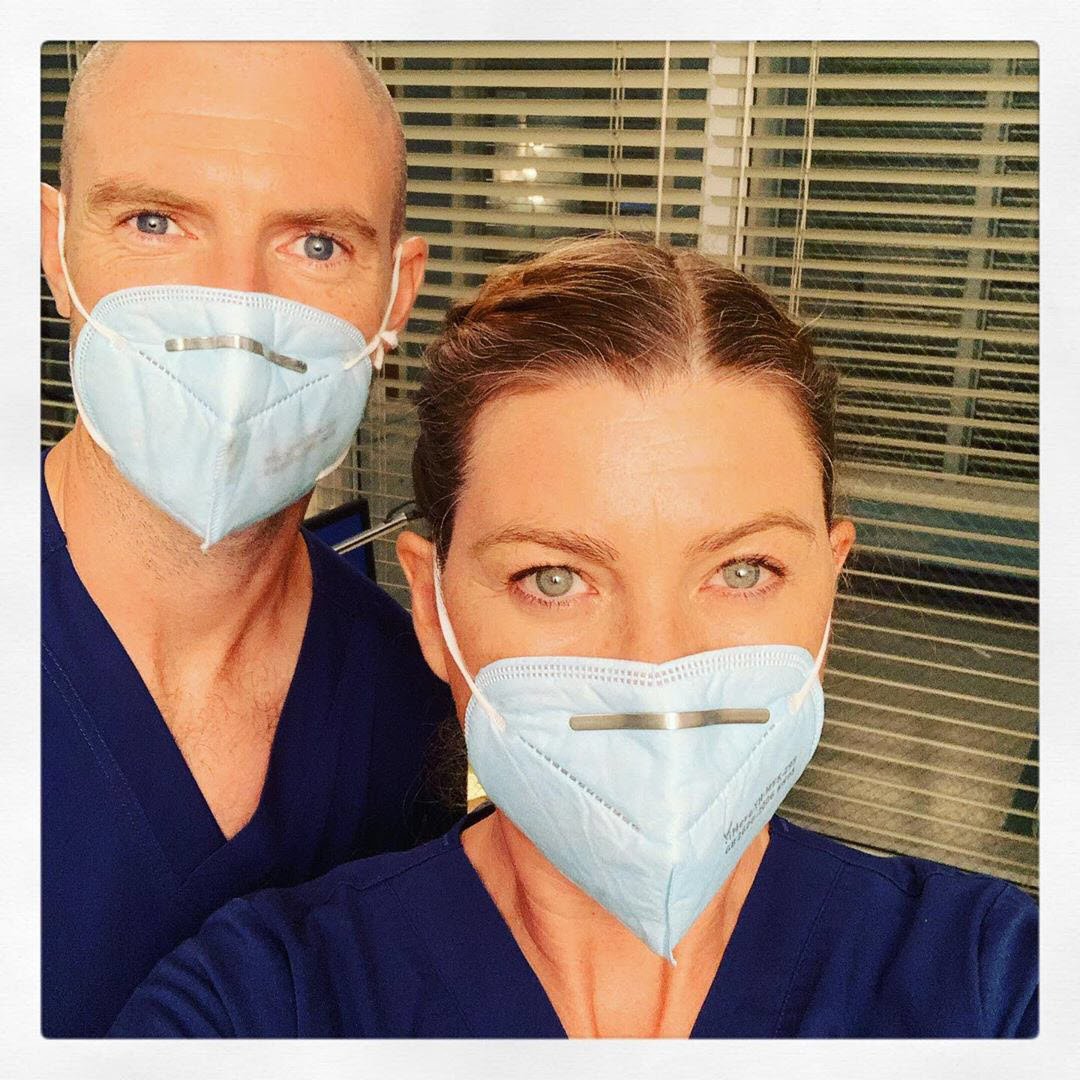 “Since we shut down filming, 7000 healthcare workers have died from Covid. I dedicate my season 17 to all who have fallen and to every one of you who by the grace of God is still standing,” she added. “This season is for you with humility and a bit of humor to get us through and endless amounts of gratitude. I hope we do you proud 🙏🏼❤️ @greysabc #seasonseventeen @richardfloodofficial.”

From TV Shows to Music Festivals: How Coronavirus Is Affecting Hollywood

Like much of the entertainment industry, Grey’s Anatomy‘s filming schedule was impacted by the onset of the pandemic earlier this year. Before being forced to shut down production in March, the series had filmed 21 episodes of its 16th season with four episodes remaining. The team returned for a virtual table read on September 3. 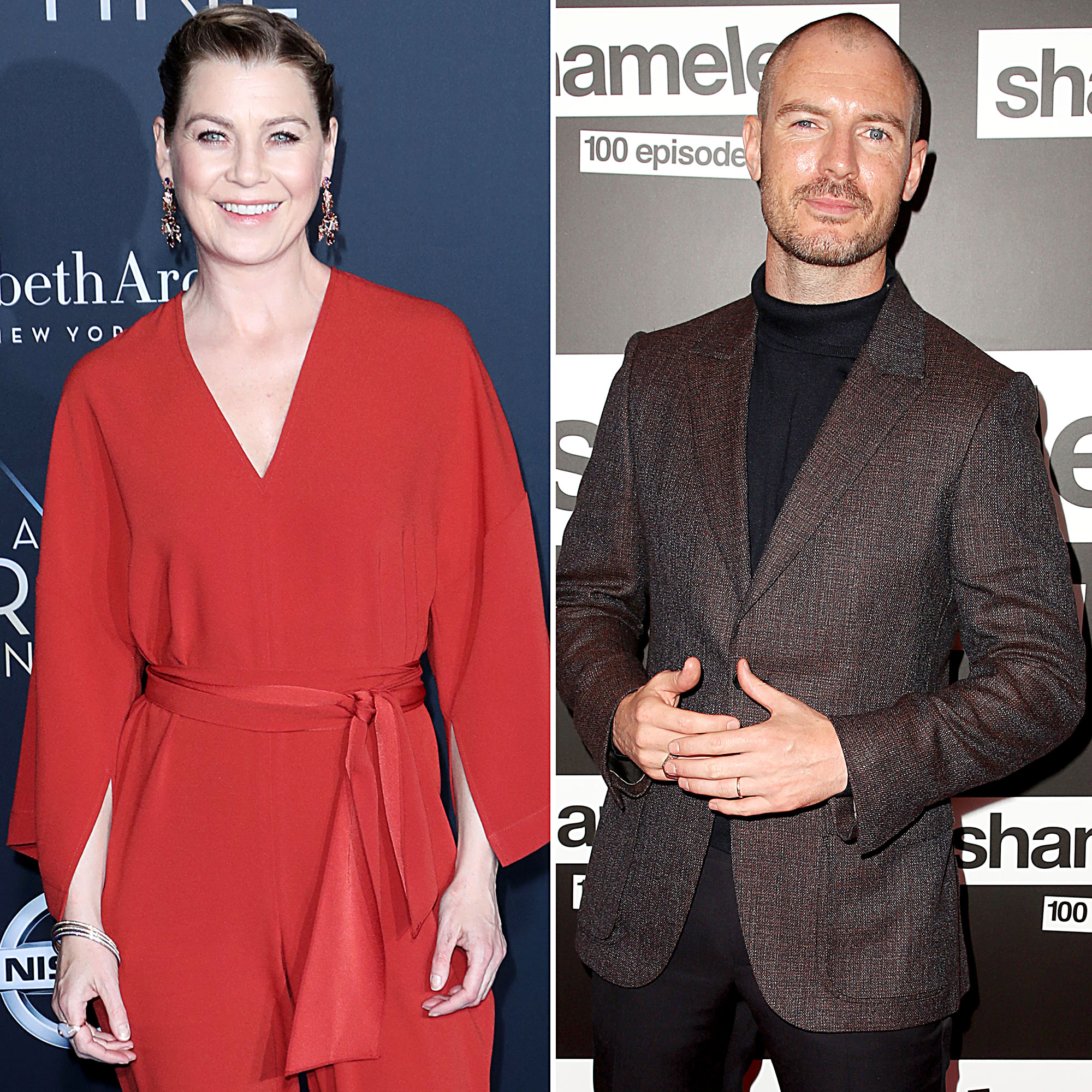 While some shows are planning to include hints of the coronavirus crisis in their upcoming seasons, showrunner Krista Vernoff told The Hollywood Reporter that she wasn’t interested in including a pandemic story line.

“I spent the whole hiatus kicking it around, and I came into the writers room thinking that I had made the decision that we were not going to do it,” Vernoff, 46, said in August.

Despite her concerns about touching the sensitive topic, the screenwriter’s staff eventually convinced her that ignoring the reality of COVID-19 would be reckless.

Every Star Who’s Left ‘Grey’s Anatomy’: Where Are They Now?

“To be kind of the biggest medical show and ignore the biggest medical story of the century felt irresponsible to them to the medical community,” she explained. “We have to tell this story, and so the conversation became, how do we tell this very painful, brutal story that has hit our medical community so intensely — and as they keep saying, permanently changed medicine? How do we do that and provide some escapism? How do we do that and create romance, and comedy, and joy, and fun?”

In her own way, Pompeo has voiced some of her previous concerns about the long-running ABC series, admitting that she made a difficult decision to stay on the show for as long as she has.

“For me, personally, a healthy home life was more important than career,” the actress said during an August episode of the “Jemele Hill Is Unbothered” podcast. “I didn’t grow up with a particularly happy childhood. … So I made a decision to make money, and not chase creative acting roles. That’s what, ultimately, I think, the hustler in me — I don’t like chasing anything, ever. And acting to me, in my experience, was a lot of chasing.”