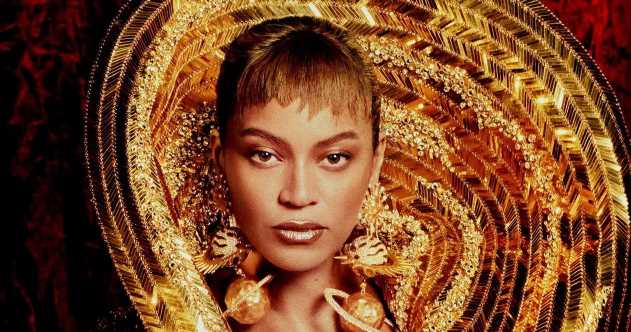 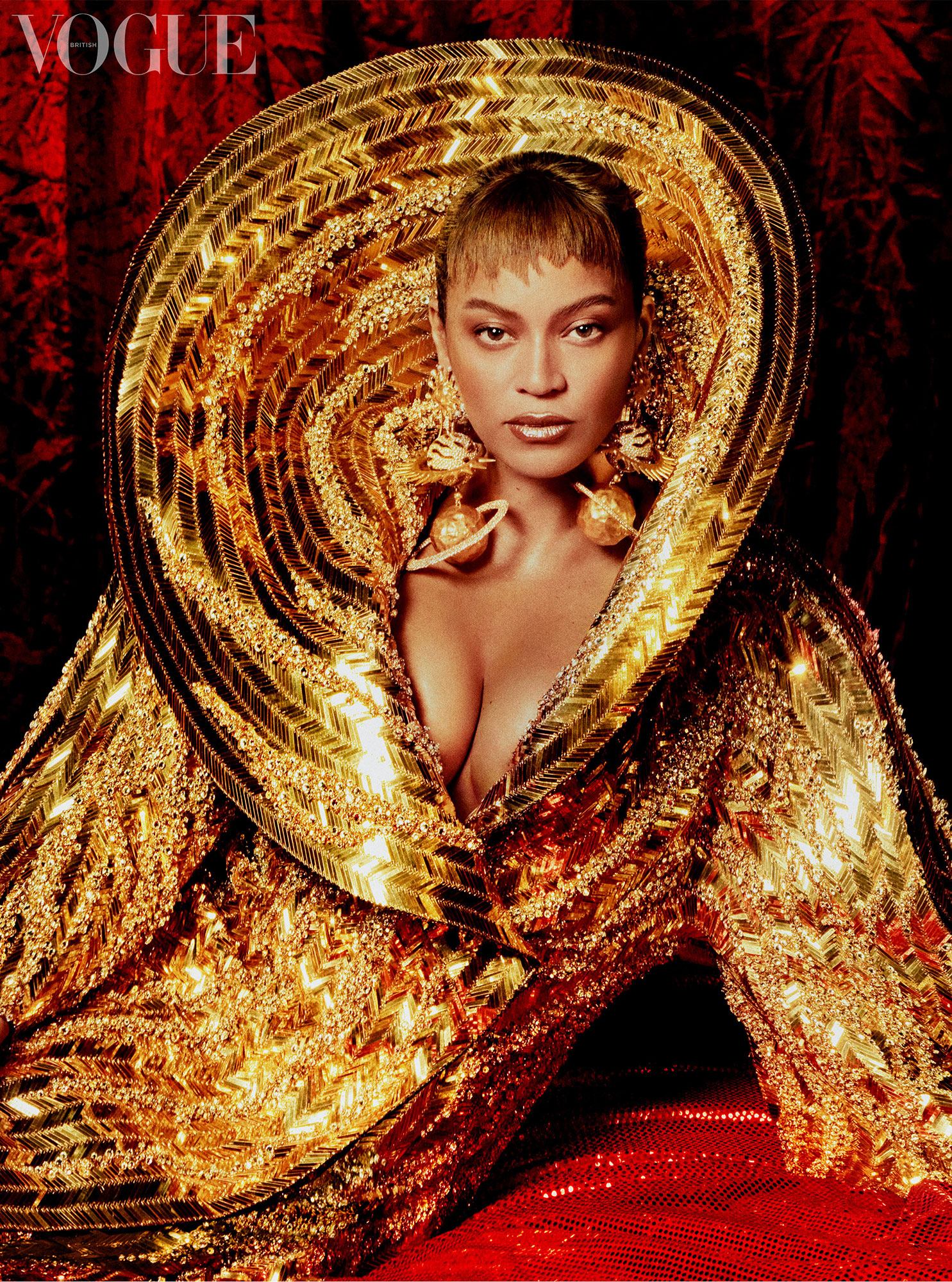 Queen Bey is back, and she’s giving fans a major fashion moment — and new music! Beyoncé graced the cover of British Vogue after announcing her first solo album in six years.

Dressed in a dramatic crystal-mesh coat from Schiaparelli Haute Couture, the “Crazy in Love” singer, 40, looked radiant in the magazine’s July issue by editor-in-chief Edward Enninful, which was published on Thursday, June 16. The look was accessorized with gold-plated earrings and metallic makeup. Her hair was styled pulled back with asymmetrical bangs. For the cover, the star posed atop a horse in a figure-hugging black gown. Elsewhere in the issue, the Grammy Award-winner exuded even more glamor. 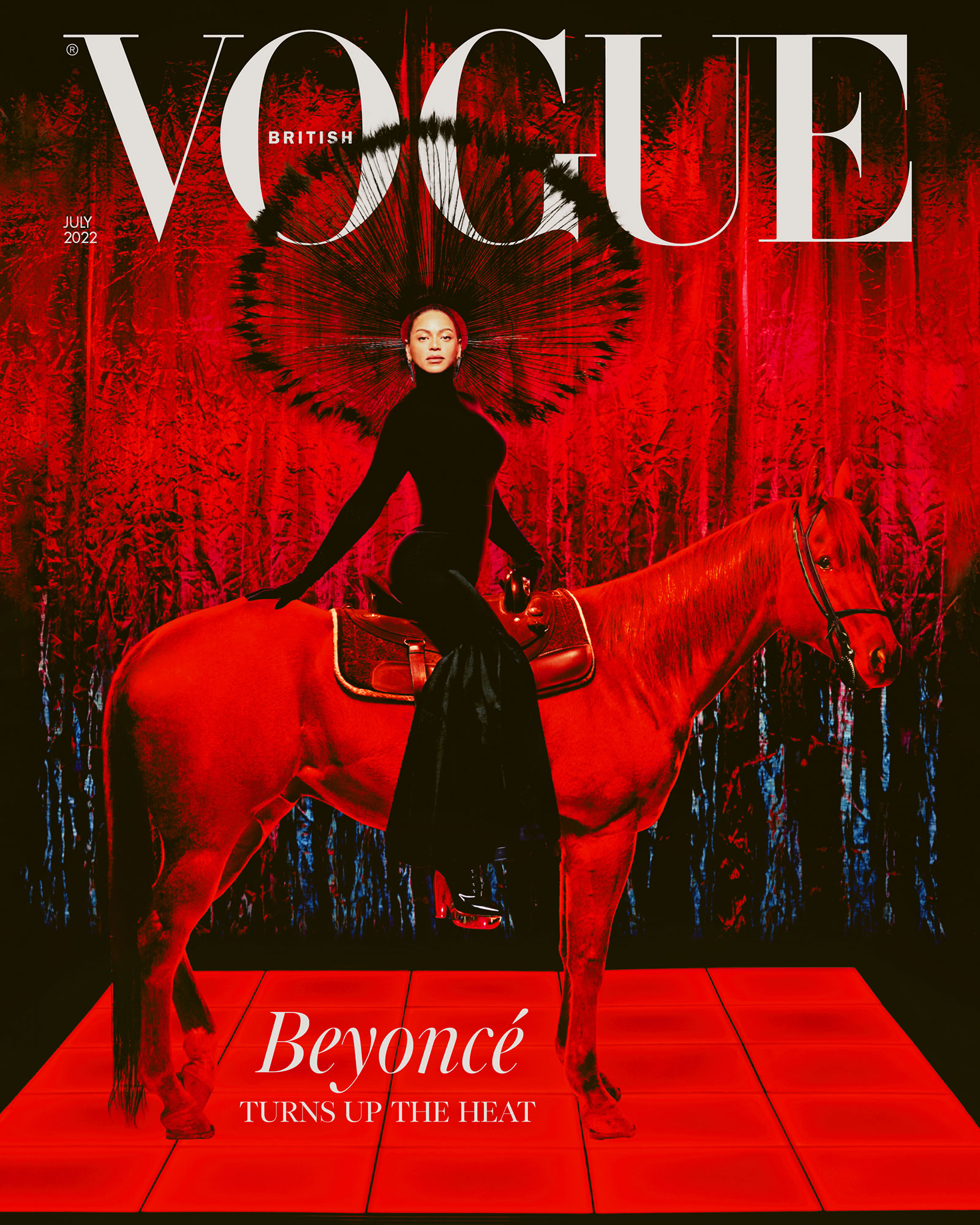 In one shot, she’s seen in the wildest platform boots paired with a silk corset, sequined leggings and a cascading train by Harris Reed. She also wore a massive feather headpiece. Next, Beyoncé channeled her inner punk rockstar in a patchwork leather jacket, glossy leggings, another pair of platform boots and a spiked headpiece.

Before the singer’s cover went live, Columbia Records announced via social media that the musician’s seventh studio album, Renaissance, is officially dropping on July 29. The music label shared the news with a black image that read “act i … RENAISSANCE” written in white. Tidal, the streaming service Beyoncé’s husband, Jay-Z, purchased in 2015, also posted the news. The hitmaker’s website has been updated to promote the upcoming project. As Beyhive members wait for the album’s release, they can pre-order box sets, which include a CD, T-shirt, a poster and a 28-page photo booklet.

See All of Beyonce’s Grammys Looks: From 2000 to Present Day

In her Vogue interview, Beyoncé revealed that creating the album was a long process, and that she used time during the COVID-19 pandemic to get the project right. 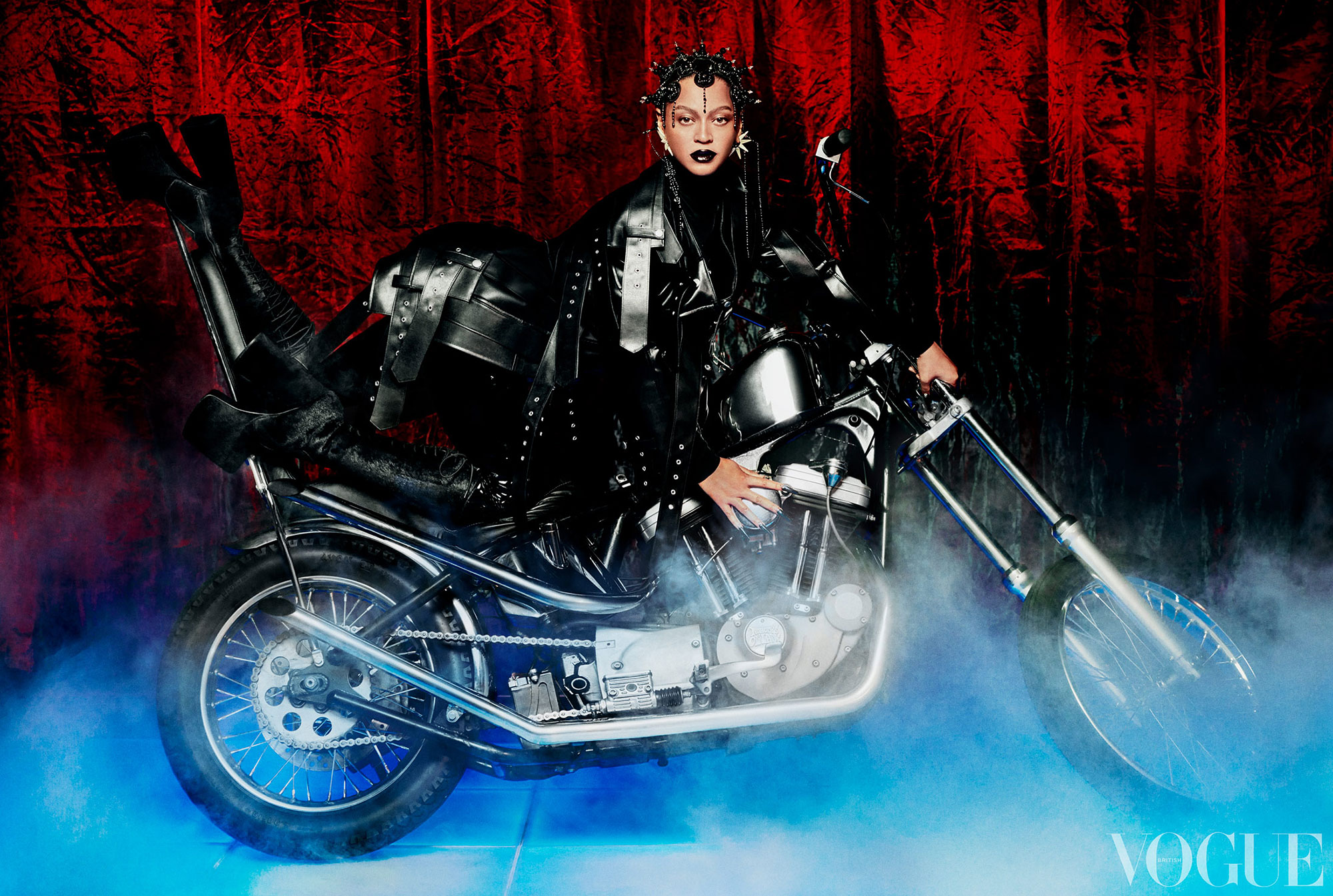 Her new music comes after she released Lemonade in 2016. Her discography also includes the albums Beyoncé (2013), I Am … Sasha Fierce (2011), B’Day (2008) and Dangerously in Love (2003). She also curated The Lion King: The Gift, a soundtrack for the Disney live-action in 2019 and released Black Is King, a visual album to accompany the collection of music. Additionally, she dropped Homecoming: The Live Album, which compiles performances from her iconic 2018 Coachella debut.

Beyoncé sparked album rumors on June 10 when she removed her profile and banner images on Instagram, Twitter and YouTube. “If Beyoncé drops an album tonight at midnight, I’m unavailable for the rest of the month!” a fan wrote on Twitter. “Now Beyoncé whatever it is pls remember we in a recession,” another user joked.