The “Morning Show” actress sparkled in navy sequins on the Emmys 2022 red carpet September 12, but the real star of the show was her incredible blue Tiffany & Co. jewelry.

The sparkly frock featured ruffled detail down the front and a split hem, and she paired her dress with strappy black Aquazurra heels.

But as much as her dress glittered on the red carpet, the Emmy nominee’s hundreds of carats of blue bling made her outfit stand out even more. 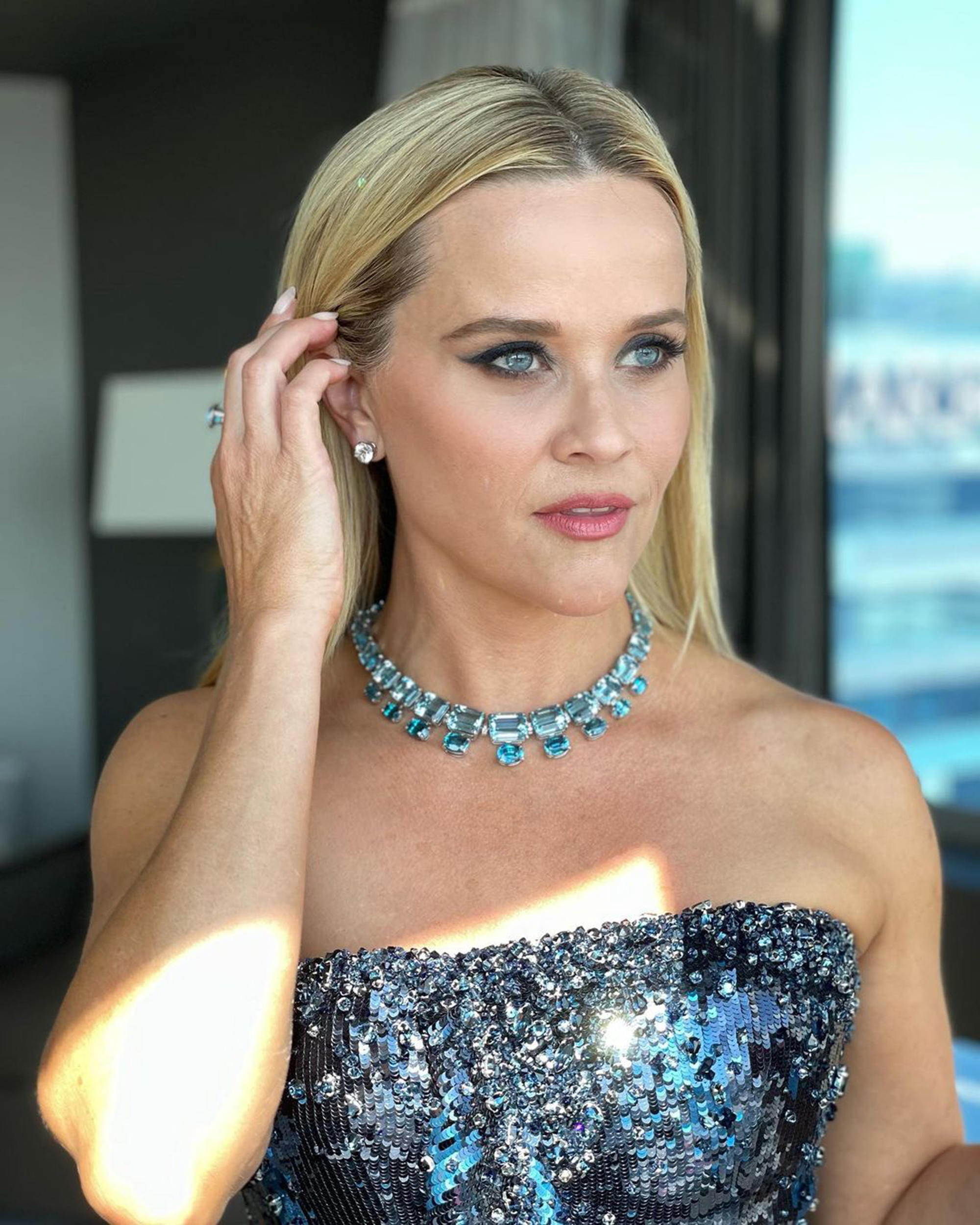 The “Legally Blonde” actress wore her hair in a simple straight style, tucking it behind her ears to show off a pair of Tiffany diamond studs.

She added a coordinating aquamarine and diamond ring weighing in at more than three carats to round out her blue bling, which she showed off in an Instagram post captioned “Tonight’s glam.” 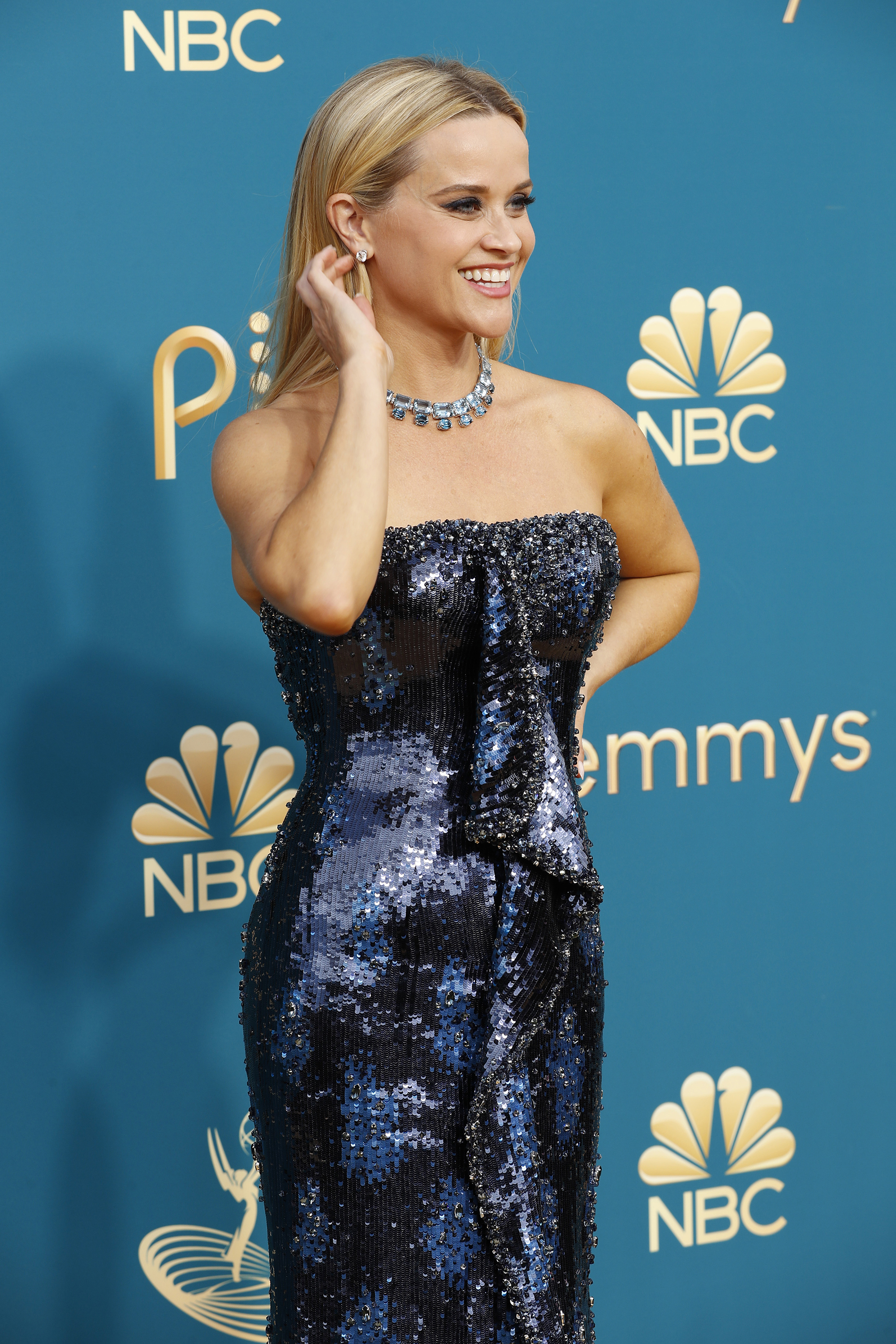 Witherspoon’s daughter, Ava Philippe, paid her mom a sweet compliment on the post, writing “not to be dramatic but…you ARE glamour” while Naomi Watts commented “Stunning” with three sets of raised hand emojis.

“The Eyes Have It!” Kevin Kwan, author of the “Crazy Rich Asians” series wrote, referencing her dramatic smoky eye for the evening, and Kat Dennings agreed, commenting “EYES” with four flame emojis.

With “Legally Blonde 3” on the horizon, we can’t help but hope for many more blingy moments from this Hollywood icon. 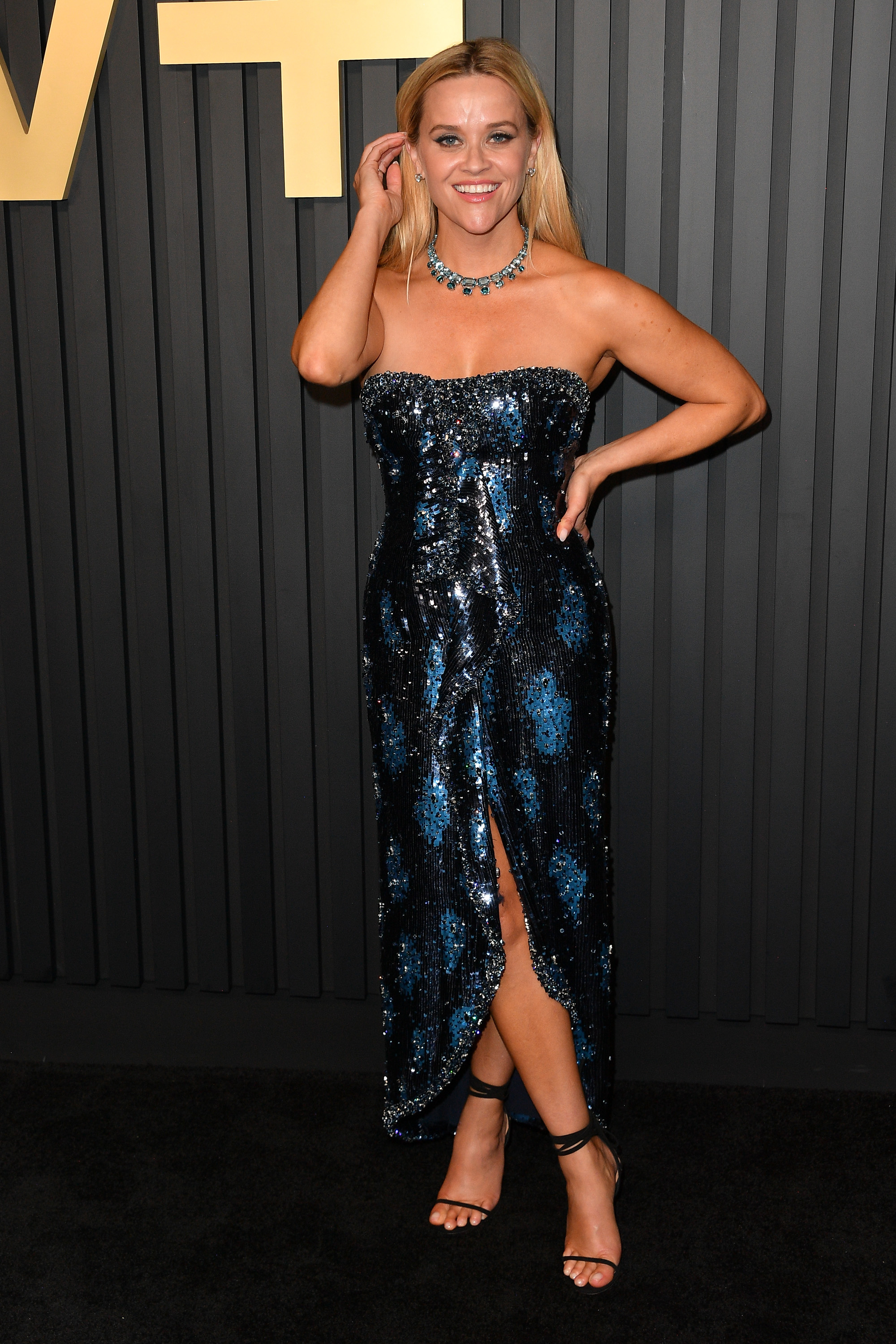