Queen Elizabeth II, 95, put on a characteristically stoic show as she stepped out for an important engagement on Saturday. During her visit to the aircraft carrier HMS Queen Elizabeth in Portsmouth, the Queen put on a brave face and seemed to be all smiles despite having recently lost her husband Prince Philip and the monarchy once again come under attack from her grandson Prince Harry, 36.

Harry dropped a series of bombshells in his new Apple TV + mental health series with Oprah Winfrey in which he reiterated claims the Royal Family did not support him or his wife Meghan Markle, 39, when they were struggling.

The new show was released on Friday, months after the Sussexes explosive interview with Oprah in which Meghan described feeling suicidal when she was six months pregnant with Archie.

The Firm responded to the Oprah interview with a statement at the time saying the matters raised in the interview would be dealt with by the family in private but Harry seems to have gone against the Queen’s wishes by baring his soul again in recent weeks.

But despite the ongoing royal turmoil around her, the Queen managed to come across “more buoyant than usual” as she toured the aircraft yesterday, a body language expert has claimed. 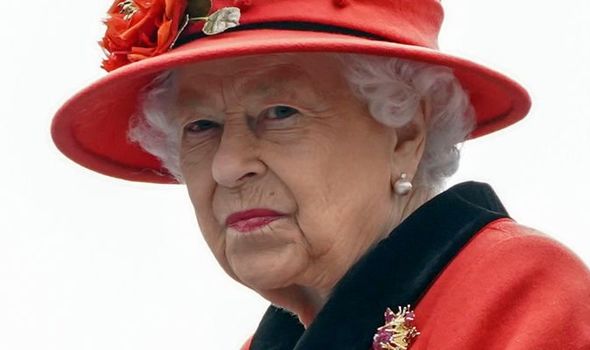 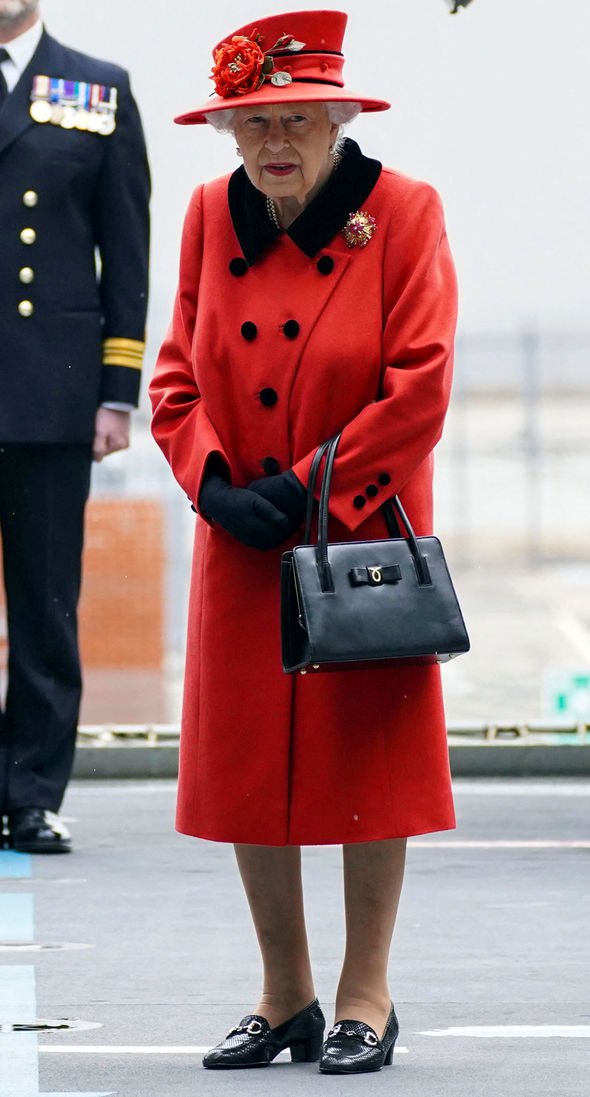 Body language expert and author Judi James analysed pictures of the Queen’s Saturday outing for Express.co.uk and shared her insights.

The analyst told Express.co.uk: “There’s something terribly poignant in the thought that, in the face of personal grief plus all the pressures of painful to hear comments being made by her grandson in the US, this ninety-five-year-old woman got up, put on her brightest red coat, hat and lipstick, added a brooch given to her by her recently deceased husband and went off to work as usual.”

She added: “Resolutely determined to avoid any visible signs of inner emotions like self-pity or even anger, the Queen actually managed to look more buoyant than usual as she toured an aircraft carrier yesterday.” 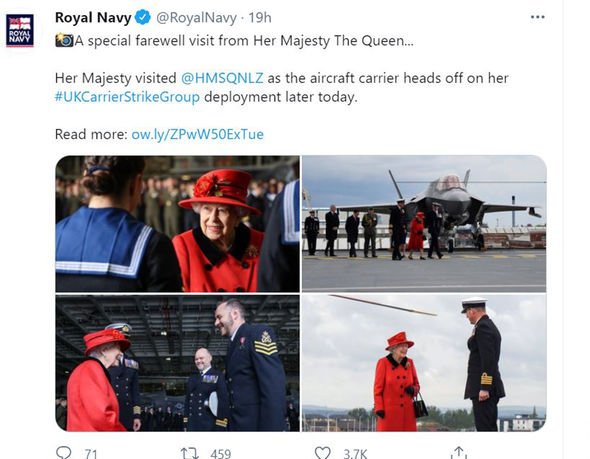 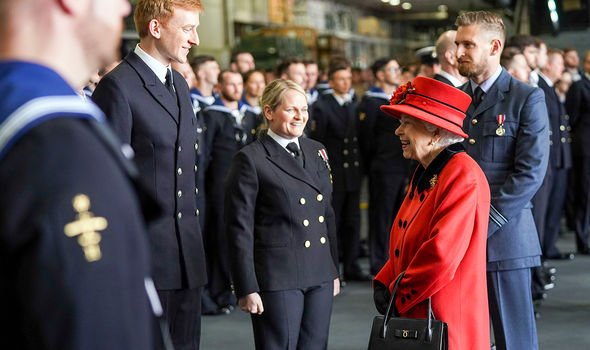 The Queen’s “wide smiles” seemed genuine as she met with members of staff, according to Judi.

She added: “If she is masking it is a very convincing mask as her wide smiles looked genuine and they extended to her eye expression, with her eye-smiles making them look congruent.

“She didn’t just go through the motions, she added moments of engagement and humour to make the people around her laugh and visibly relax and when she was given a small speech by one of the officers she used eye contact and even moved forward slightly to signal active listening and engagement.”

However, despite the Queen’s brave display, there was still a hint of sadness in her eyes, Judi claimed.

She said: “Her movements suggested she knew exactly how the visit should be choreographed and there were only a couple of very small moments when it might have been possible to glimpse an expression of sadness in her eyes.”

According to Judi, Britain’s longest-reigning monarch managed to come off “warm” and “affectionate” despite any personal upset she may be experiencing.

Judi concluded: “The words resilience and stoicism do of course apply to her non-verbal displays but they can suggest a poker face or even visual coldness, but along with the signals of resilience the Queen also managed to signal a genuine-looking warmth and affection for and engagement with the people she was meeting here.” 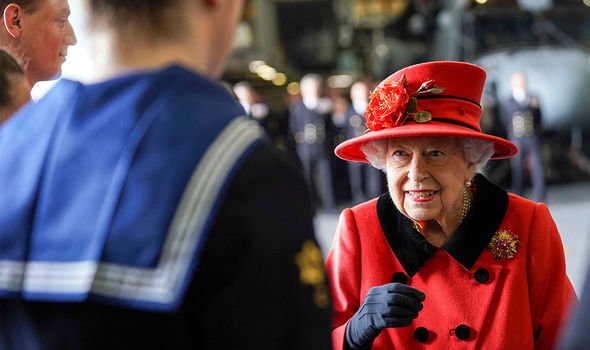 Harry has been based in California with Meghan since last year but returned to the UK in April for Prince Philip’s funeral.

Royal insiders claim that while ice-breaker talks between Harry, Prince Charles, 72, and Prince William, 38, took place during his short stint in Britain much remains to be resolved.

Harry is due back in the UK on July 1 to unveil a new statue of Princess Diana with his brother William.

While the brothers were recently united in their anger over the BBC’s handling of Martin Bashir’s 1995 Panorama interview with Diana, they remain “on different paths” and given Harry’s recent attacks on the Firm, the reunion could prove awakward.