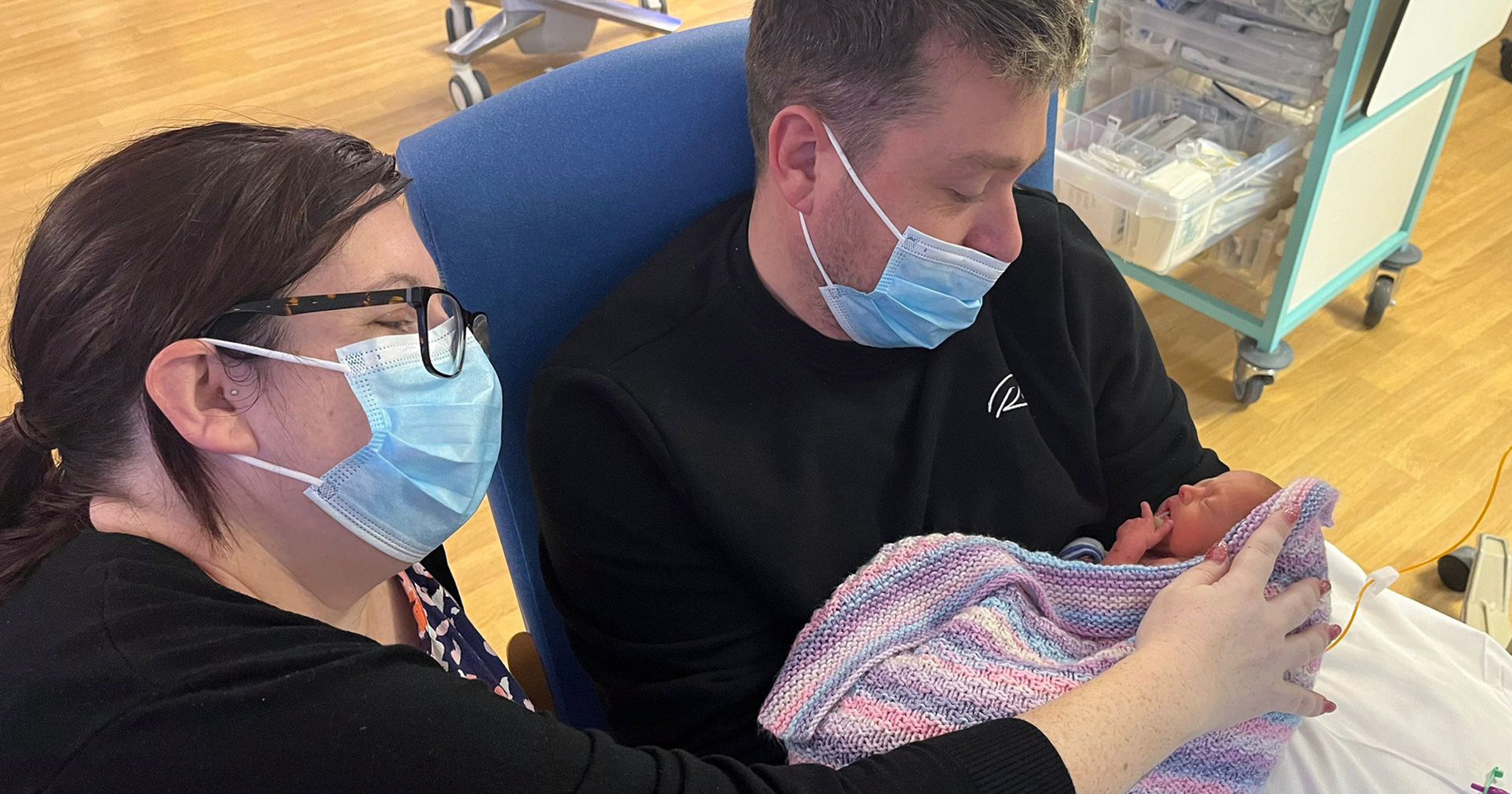 Despite being told she was pregnant with triplets, this mother was shocked to learn she was carrying a fourth baby, giving birth to quadruplets earlier this month.

Gemma Robson, 35, and partner Andy Raine beat the odds of 700,000 to one when they welcomed sisters Dani, Skye, Mia, and Taylor to the world.

The pair were planning for only one child, so were stunned at their 12-week scan when it was revealed they were having triplets.

If that wasn’t enough, the third scan at 17 weeks revealed Gemma was having four babies instead.

‘I couldn’t believe it when we were told we were having quadruplets, and I nearly fainted,’ says 33-year old Andy.

‘It’s an amazing feeling to now see them here.’

The four girls – who each weigh 3lbs – were due to be delivered by caesarean section at the start of December.

However, the quadruplets had different ideas, as Gemma went into labour on Saturday November 18.

‘On Friday night I felt a bit of discomfort, but with four babies in there I thought they were just moving around,’ says Gemma.

‘However, on Saturday morning I woke up and couldn’t stand up –my waters hadn’t broken but I could feel my contractions had started so we drove to Newcastle Royal Victoria Infirmary.’

After an examination, she was taken down for an emergency c-section, with the babies born the next morning.

While all four are doing fine, they needed neonatal care due to their size and being over two months premature – initially being placed in incubators.

All four babies will receive care for a minimum of three months.

‘I still don’t think I’ve processed it all yet. I have a mixture of emotions,’ says Gemma. ‘It’s a big relief as they were becoming very heavy to carry, but you obviously do still worry that they will be fine.’

Partner Andy ended up missing the arrival of the quadruplets after passing out in the delivery room.

‘I was in a bit of shock in the delivery room and I don’t really remember the arrival of the babies as I passed out and woke up on a pillow on the floor,’ says Andy, who works in retail.

‘By the time I came round, all four had been born and it was an amazing feeling to see them.’

The couple don’t currently live together, but have applied to South Tyneside Council for a house that can accommodate both them and the new arrivals, as well as Gemma’s 10-year-old daughter, Millie Grace, from a previous relationship.

‘You can’t get a pram which holds four babies and so we are looking at two doubles,’ says Andy.

Gemma adds: ‘I’m really looking forward to having all the girls home, but it is quite daunting going from one child to five.’