Georgia O’Keeffe started painting big pictures of flower close-ups in 1924, when she was living at Lake George, in the Adirondack region of New York state. The flower that started it all was a petunia, abundant in the summer gardens around her – and largely ignored. “Petunias are so small and delicate,” she wrote at the time, “no one can really see them for the utmost beauty they behold.”

We certainly see the beauty of the petunia when we look at O’Keeffe’s petunia paintings, which capture the velvety softness of the petals, the loose grace of the flowers and the luminance of their colour, light sinking into the deep purples and radiating from the pale lilacs. 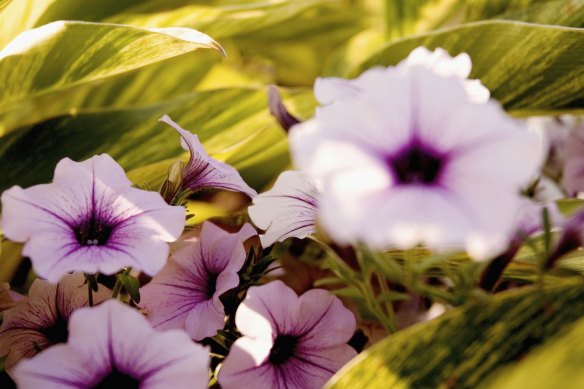 Petunias are beautiful this time of year.

Petunias are still common enough to be dismissed, but it’s hard to beat them for a summer show in pots and hanging baskets or for filling gaps in garden beds. Breeders have been to work and there are now many more versions than O’Keeffe had a chance to admire almost a century ago. Colours range from arctic white through pinks to purples and even black, with a side step into lemon and lime. 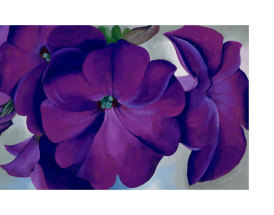 There are single or double flowers; flowers with ruffles, stripes, or pronounced veining. Some cultivars are more compact, the multiflora types; others more spreading, such as the Wave or Tidal Wave series; and some have supersized flowers, the grandiflora types. The Supertunias are quite new, and promise super-vigorous growth to a mound about a metre across. Find fragrance in many of the darker blue and purple varieties and dialled up in Blue Scentsation.

Selections are arriving in garden centres now, so take your pick. The first petunia, a straggly white-flowered species, was collected in Uruguay by the French botanist Philibert Commerson – or was it?

Commerson’s ‘valet’ was a young woman and amateur botanist, Jeanne Baret, who had disguised herself as a man to join Commerson on the Bougainville expedition. As Commerson was often sick and confined to his bunk onboard, Baret collected many of the specimens attributed to him, most famously bougainvillea. I like to think of Jeanne collecting that petunia too, albeit with no evidence at all. 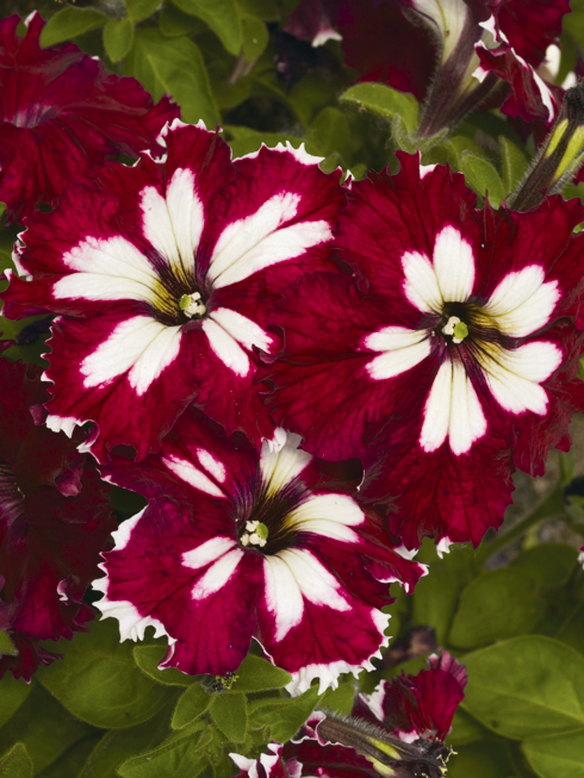 There are plenty of varieties to choose from.

Unusually the plant was not named for a prominent man, but for the local Tupi-Guaraní word for the species, petun, which roughly translates as ‘worthless tobacco plant’, to contrast it with its relative, Nicotiana tabacum.

So don’t bother trying to smoke a petunia, but do grow it. Plant seedlings into garden beds or pots, or hanging baskets filled with potting mix. In either case, add a flower-producing fertiliser; something like Sudden Impact for Roses. Choose a position with at least five hours of full sun a day to maximise the flowering. If the seedlings start to look a bit long and lanky instead of thick and dense, pinch out the growing tips, which means to literally pinch off the tip of the growing stem by about a centimetre to stimulate more branching and create a bushier plant. If the flowers look like developing seedheads, deadhead them, though many of the new varieties drop the finished flowers with no intervention by the gardener.

At the dizzy height of summer petunias can start to look tired. Cut them back by about a third and give a general-purpose liquid feed. The plants will be flowering again a few weeks later and will keep offering their delicate beauty to your notice until the weather chills.