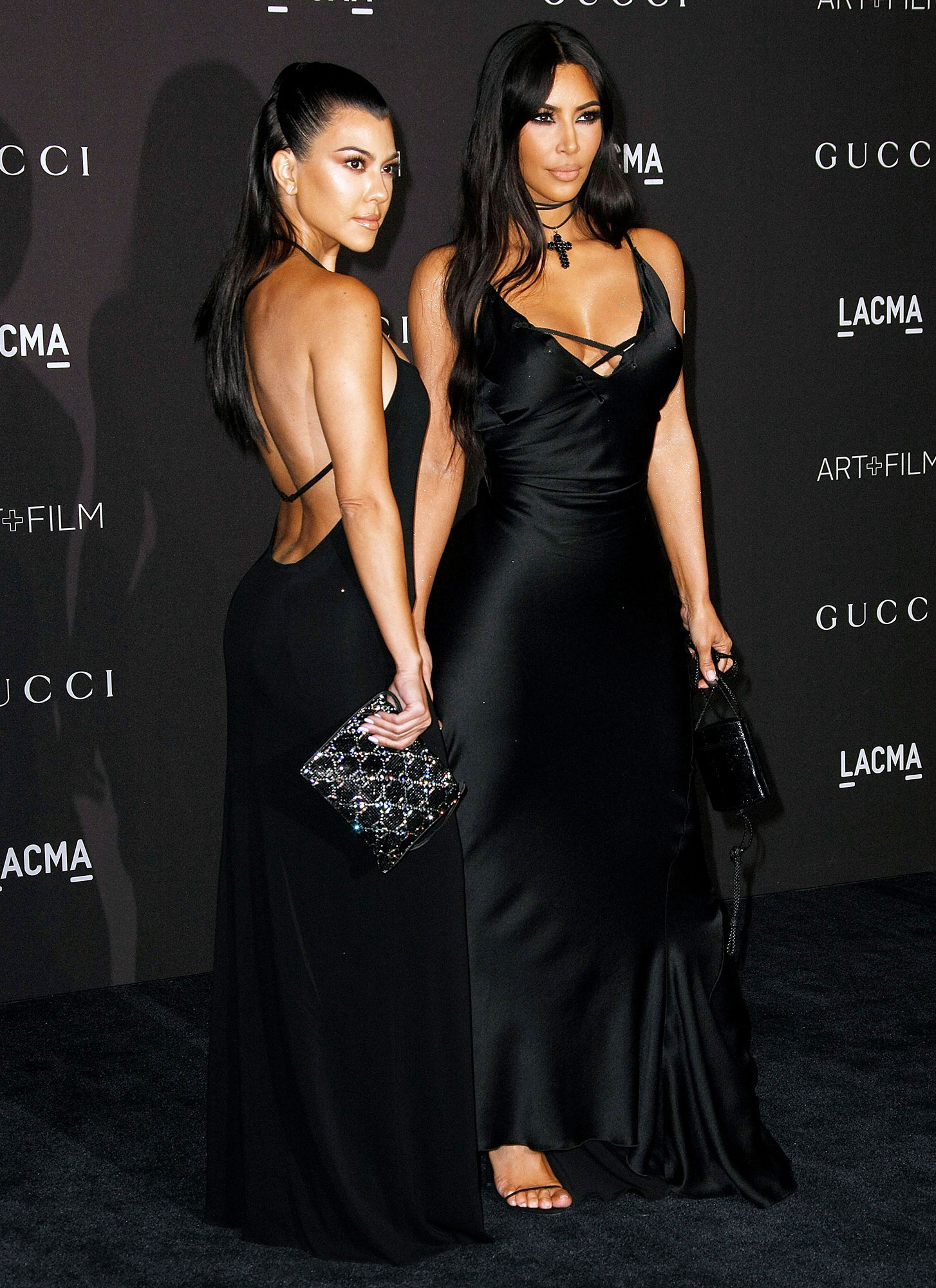 It’s all in the details! Kourtney Kardashian’s 40th birthday party was the subject of the episode of Keeping Up With the Kardashians that aired on Sunday, September 15, and even though the shindig was held in April, the birthday girl is now revealing even more about her lavish event.

According to a post on Kardashian’s website, Poosh, the reality star wanted a “very intimate” celebration, meaning the guest list included Kardashian’s “favorite people who have shaped and inspired her over the last 40 years.”

The soiree also featured several custom touches, including an array of Don Julio 1942 bottles engraved with the phrase “Most interesting to look at.” As KUWTK fans will know, that tidbit is a reference to an insult Kim Kardashian lobbed at her older sister during an intense argument the pair had in season 15 of the hit show.

It all began when Kim was planning a photo shoot with her famous siblings and had trouble organizing around Kourtney’s tricky schedule. When Kourt refused to move things around, Kim, 38, labeled her the “least exciting to look at.”

The custom tequila bottles at Kourtney’s birthday celebration, which also featured a drawing of the eldest Kardashian’s face, were meant to “reminded everyone that Kourt is, in fact, the most interesting to look at.” 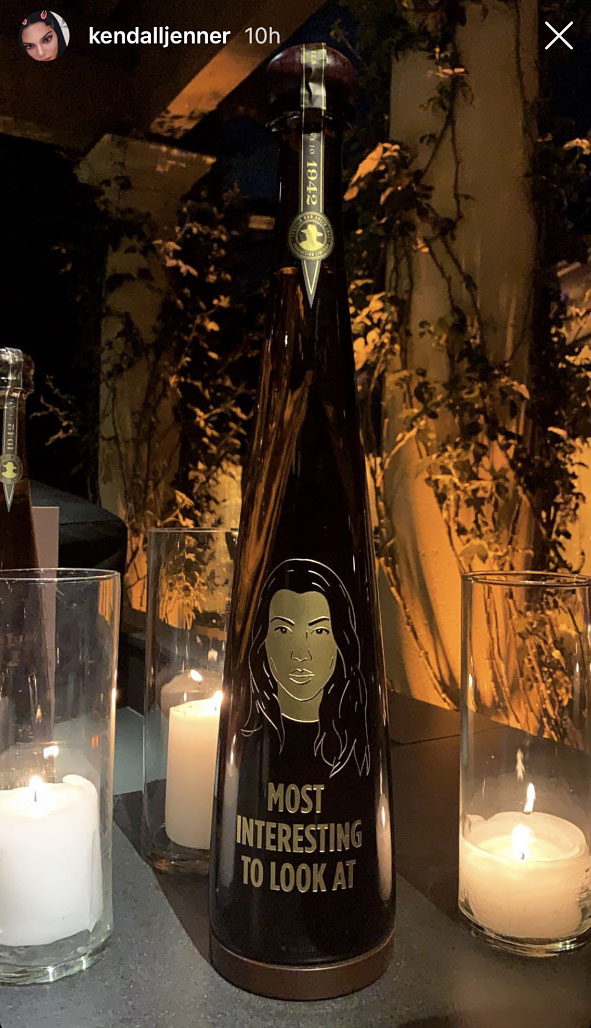 This reminder of a past feud comes as Kourtney and Kim have just wrapped up another round of verbal sparring on the current season of KUWTK. Most recently, the sisters have argued about one another’s style, and Kim called her sister a “fake humanitarian hoe.”

Other LOL-worthy custom details from Kourtney’s birthday courtesy of expert party planner Mindy Weiss included cocktail napkins emblazoned with some of the E! personality’s signature one-liners, such as “Slob-Kabob” and “Kim, there are people that are dying.”

Elsewhere on the food front, the Poosh founder’s birthday cake was a work of art … literally! The “show-stopping” confection was inspired by a revealing photograph of Kourtney taken by friend Mike Rosenthal, which features her sitting on the edge of a bathtub with her back to the camera. The cake version of the snap, which was taken for Poosh, was described as a “frosting-filled version of Kourt in all of her glory.”

Per the Poosh post, Kourtney referred to her 40th birthday party as “one of the best nights of my life.”

She later added: “I couldn’t have pictured a more perfect night. Having my children start the night with me there and every person I love being there made it an unforgettable moment for me. Two of my best girl friends even slept over with me, and we were up until 4 a.m., dancing and laughing.”

Keeping Up With the Kardashians airs on E! Sundays at 9 p.m. ET.

For all the ins and outs of the ketogenic diet and answers to your burning questions about Hollywood’s favorite food plan, subscribe to our new podcast “KetOMG!” below!