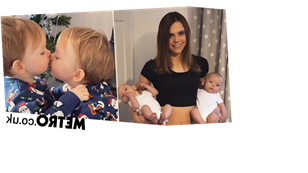 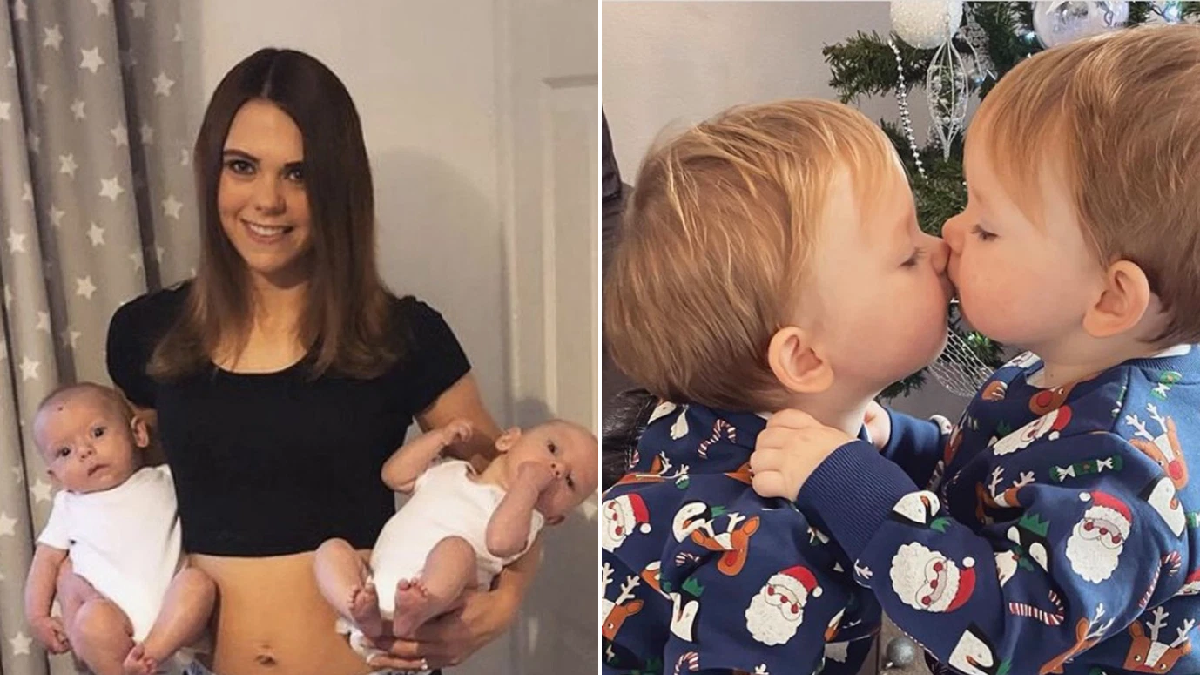 A pair of twins defied the odds and were born not only on different days but from separate sacs as well.

First-time mum Kirsten Stevens was intially told her boys were not identical – as there’s only a 30% chance of this happening when twins are in different sacs.

But shortly after they were born everyone struggled to tell them apart – including her own husband – so Kirsten decided to pay for a private genetic test.

Kirsten, from Somerset, said: ‘Throughout my pregnancy, I was told that they were not identical and I had just accepted that.

‘But then after they were born on June 6 and 7, they started to look so similar.

‘Everyone kept telling me that they must be identical because they looked exactly the same. People were getting mixed up between them, even my husband, Craig, and I sometimes got confused.

‘It was just going round and round in my head, constantly questioning whether they were identical or not.

‘I just wanted to know for sure, even for the boys’ sake so I would be able to tell them for sure when they are older.’

The results came back and confirmed that the boys are, in fact, identical.

Kirsten added: ‘I was apprehensive when the results arrived as it felt like it could flip everything about what we were told about our boys.

‘And that’s exactly what the results showed. After we got our heads around the news, we were so happy.

‘It was such a relief to finally have a solid answer and to realise how rare a special our boys were.’

Hugo and Leo are what’s known as DCDA twins and it seems like the pair already share a special connection.

Kirsten said: ‘It makes sense that they are identical twins as their bond is so lovely and they share the same mannerisms and interests.

‘When they’re sleeping they always want to be next to each other. It is so special.

‘And it feels special and precious to know that they have been born in quite a rare situation and will always have a best friend.’