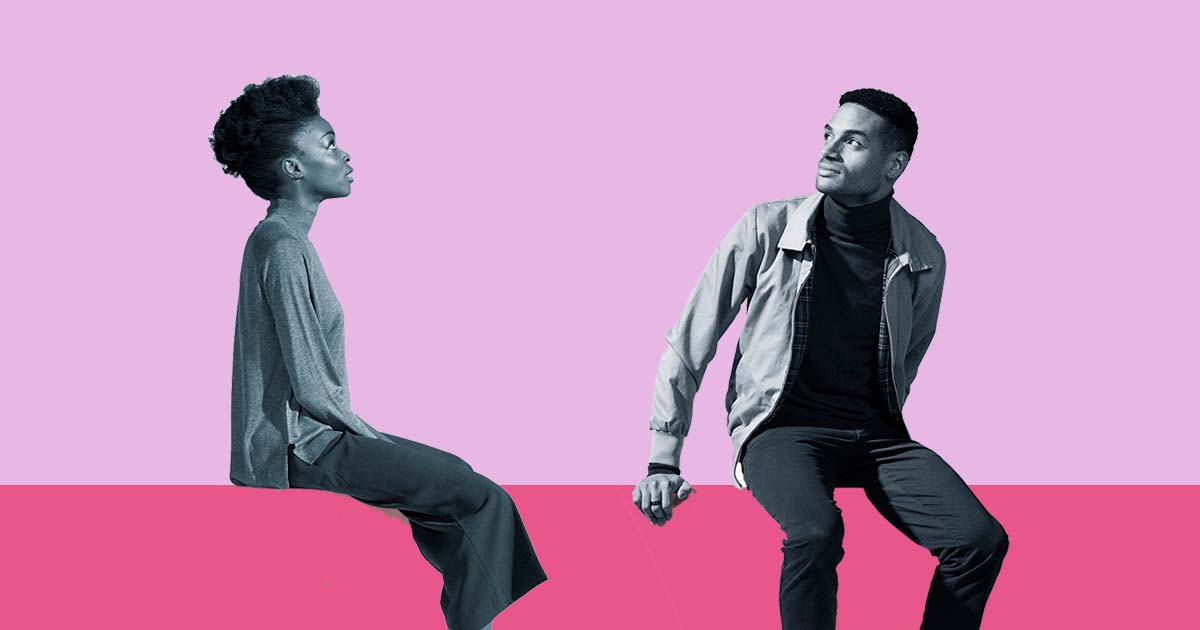 Smash or Pass is a game where people decide whether they would sleep with someone (‘smash’) or decline (‘pass’).

Nothing is as new as it seems, and though the YouTube video format seems to be going through a resurgence at the moment, there are online forums dedicated to explaining the phenomenon back in 2017.

Someone is shown an image or video of a person – or will even be presented with them face-to-face – and will need to judge if they are sexually attracted to them.

Is the trend a problematic form of objectification? Or is it just harmless fun?

Hazzy is a YouTuber who has taken part in a number of Smash or Pass videos. He tells Metro.co.uk he wouldn’t recommend taking part in the challenge to anyone who is not thick-skinned.

‘I was in a viral one where I said something that offended a girl, and she said on the spot that TikTok would cancel me,’ he tells Metro.co.uk.

It’s not just within the video where the criticism can be harsh. As an Asian YouTuber, Hazzy received racist abuse in the comments section.

Though he says this didn’t bother him, he’s now reconsidering whether to film his own Smash or Pass videos.

‘For me, sensitive people should not take part – especially girls,’ Hazzy says. ‘If you can’t take someone criticising your character or your body, then it’s not for you.’

Dating expert Hayley Quinn thinks rather than focusing specifically on this trend, we should consider how comfortable we all are with a culture that regularly treats people like sex objects.

‘There’s certainly plenty you can find that’s wrong with Smash or Pass, but it’s also worth reflecting where else in our society similar messages are upheld,’ she explains.

‘The way the videos are filmed with one individual coming in and assessing the attractiveness of largely silent strangers isn’t too far away from episode one of Love Island.’

For Hazzy, the whole point of the trend is to stoke controversy. This helps the videos reach wider audiences online. He saw his own digital profile grow after taking part.

Dating expert James Preece says those that take part may also be looking for external validation.

‘We all want more ‘likes’ and for people to confirm we are a great catch,’ he shares.

Hayley agrees with this point.

‘How many likes a photo or reel gets on social media is often seen as a rough proxy for ‘how hot did I look today?’ or ‘do people approve of me?’ she says.

James acknowledges that the videos can damage people’s self-esteem, but he also thinks judging how attractive we find others is second nature to most of us.

‘On the face of it, it might seem perfectly harmless,’ he says. ‘After all, this is a game that people have been playing for years under other names.

‘However, if someone is humiliated, then that will damage their self-confidence and haunt them for a very long time

‘Even when it’s not on camera, this is what happens every time someone goes to a nightclub, bar or tries to seek out a partner. It’s a discussion that takes place with friends too. It’s not right or wrong – just human nature and the urge to have sex.’

But just because these types of judgement happen, doesn’t mean that we should accept ‘entertainment’ in the form of ramped-up dating decision-making.

And we should question exactly how much value we put into strangers’ views of whether we’re ‘smash’-worthy.

‘I’d stop short of claiming the Smash or Pass trend is harmless,’ Hayley tells us. ‘At its core, Smash or Pass reduces an individual’s attractiveness, and value to the opinion of a stranger.

‘As we should all know by now, putting our self esteem in the hands of the internet is dangerous. We should be wary of objectifying individuals, even if this is seen in mass media. The reality of attraction is far more complex.’