A whistleblower has accused a council in Melbourne’s south-east of operating “under a culture of corruption and bullying” over its role in the shutdown of a catering company accused of infecting an elderly woman with listeria.

The former environmental health inspector detailed an incident in which she observed a colleague at Greater Dandenong Council editing a photo that depicted a slug in the kitchen, which the caterer alleges was planted by the council worker to justify closing it for a month in February 2019. 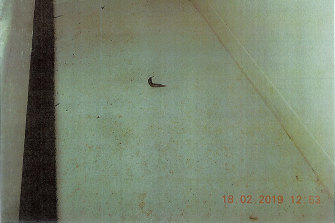 The offending slug, which the caterer claims was planted in his kitchen as part of a targeted attack.

In the most telling development of the “slug gate” controversy that caused I Cook Foods in Dandenong to allegedly lose millions of dollars in revenue, the chair of the parliamentary inquiry, Reason Party MP Fiona Patten, said: “We’ve all become quite confident that [that photo] was doctored.”

The allegations of evidence tampering come as police continue to investigate the I Cook Foods closure.

A spokeswoman for Dandenong Council said it “vehemently denies what is alleged and looks forward to being able to refute that allegation when it presents to the parliamentary committee next week”.

I Cook Foods was closed in February 2019 after 86-year-old Jean Painter died while a patient at Knox Private Hospital having been diagnosed with listeriosis. Signing off on the shutdown, Brett Sutton, who at the time was acting chief health officer, said the infection was linked to sandwiches provided by I Cook Foods. 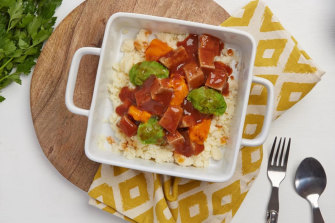 I Cook Foods caters for hospitals, aged care homes and Meals on Wheels.

Owner Ian Cook denies the claims and is suing Dandenong Council and the Health Department for more than $50 million in damages.

Kim Rogerson, an environmental health officer with Dandenong Council until 2019, told the inquiry on Wednesday that she had been pressured by the authority into amending her reports to portray I Cook Foods as an unsanitary workplace.

She said images taken in the kitchen were taken out of context to justify 96 criminal charges against the caterer, for example, photographing broken equipment set to be thrown out then falsely claiming it was in use. The 96 charges were later dropped.

Since 2019 Mr Cook has claimed that Dandenong Council targeted his business because the council and chief executive, John Bennie, were stakeholders in a rival catering company in the area, Community Chef.

Claiming the slug was planted, Mr Cook has cited CCTV images showing council worker Elizabeth Garlick standing for 17 seconds in the corner of the kitchen where the slug was later photographed.

Backing up this claim, Ms Rogerson told the inquiry she was two metres away from Ms Garlick’s desk when she began editing an image of the slug to remove traces of the tissue paper that it had allegedly been carried in.

Ms Rogerson noticed a red circle around the tissue paper, “which I believed to be some kind of cropping tool”. When she asked what they were doing, another council worker responded “just cleaning it up”.

Ms Rogerson said: “I have been away from the City of Greater Dandenong for over two years now, and only now do I feel safe to say that Dandenong Council operates under a culture of corruption and bullying.”

In further evidence that casts doubt on the justification for closing the caterer, the food auditor tasked with inspecting Knox Private Hospital told the inquiry he was “unequivocally certain the patient did not eat sandwiches prepared by I Cook Foods”.

Former Knox Council employee Ray Christy said six caterers supplied food to the hospital kitchen, yet only one was investigated. He detailed those findings in a report to the Health Department hours before it shut down I Cook Foods.

Mr Christy said he was prevented from garnering key evidence such as Ms Painter’s four-day food history or samples from the kitchen, and questioned why she was the only one to have contracted listeriosis considering I Cook Foods supplied pre-packaged food in batches.

“You would think that the same batch of ham would be in every sandwich, not just the one, and it would be distributed to a lot of patients in a hospital ward,” he said.

Labor MP Tien Kieu asked Mr Cook about samples from his kitchen that discovered four strains of listeria, including one closely linked to the patient’s death. Mr Cook replied that two strains of listeria had been detected, both in externally supplied meats.

The inquiry will continue next week when Dandenong Council employees give evidence.

Professor Sutton could also be asked to front the inquiry again.

A Department of Health spokesperson said: “This matter is currently before the parliamentary inquiry and it would be inappropriate for the department to comment before the inquiry’s second sitting day on [September 1], when the department will appear.”