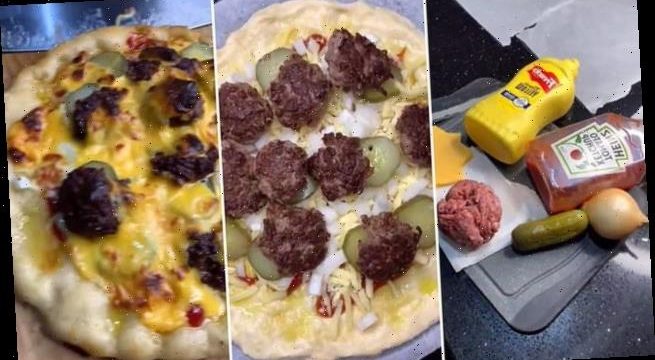 A home cook has revealed his epic recipe for the ultimate cheeseburger pizza – complete with mini beef patties, American cheese, pickles and mustard.

John Austin, the founder of AussieQ Backyard BBQ, shared a TikTok video showing exactly how he made the mash-up at home.

‘It tastes exactly like a Maccas cheeseburger, only better,’ John insisted. 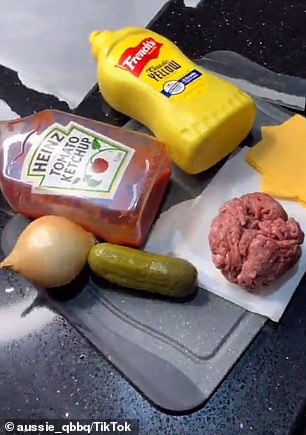 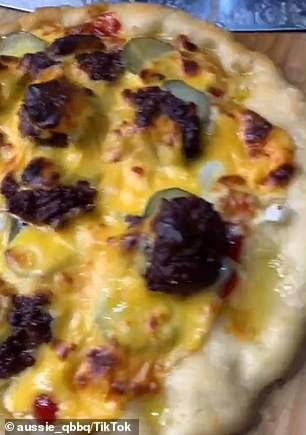 A home cook has revealed his epic recipe for the ultimate cheeseburger pizza – complete with mini beef patties, American cheese, pickles and mustard

What you need to make the cheeseburger pizza

‘Today we’re blending the best of both worlds – Maccas cheeseburger and a pizza,’ John said in his video.

During prep, John started by rolled the beef mince into mini balls, then seasoned with salt and pepper. He diced the cheese and onion and sliced up the pickles.

To make the pizza, he rolled out his own dough before spreading a generous amount of tomato sauce and mustard.

Over a medium heat, he browned the mini hamburgers until cooked through.

Next, he sprinkled a layer of mozzarella cheese, topped with diced onion, pickles, beef patties, and American cheese.

John baked the pizza in the oven until golden brown and cheeses are melted.

‘Absolutely bags of flavour going on here folks. Just get your head around it, it’s amazing,’ he added.

Many were amazed with his seemingly simple recipe, with dozens saying they couldn’t wait to make it themselves at home.