Pseudo-Spaniard Hilaria Baldwin was so confused about her alternating identities that she appeared to struggle when signing a federal tax form.

When it came time to put her Juan Hancock at the bottom of a 2009 W-4 document, Hilaria — who has spent 10 years pretending to be a Spanish-speaking native of Mallorca — scribbled down two names, then crossed them out and ultimately wrote, “Hillary L. Hayward-Thomas.”

The document is an exhibit in an old lawsuit against her Yoga Vida studio in Union Square.

The court records also contain the code of conduct for the studio’s instructors, including an ironic and ardent directive about honesty.

“Truth is defined to be when thoughts and words correspond directly to facts,” it reads. “Gossiping and misleading others for personal interest conflict with truthfulness.”

Hilaria, despite her sustained Spanish accent and misleading, since-deleted online bio, is a privileged white New England-born-and-bred daughter of a Harvard med school professor mother and a Georgetown-educated lawyer father. 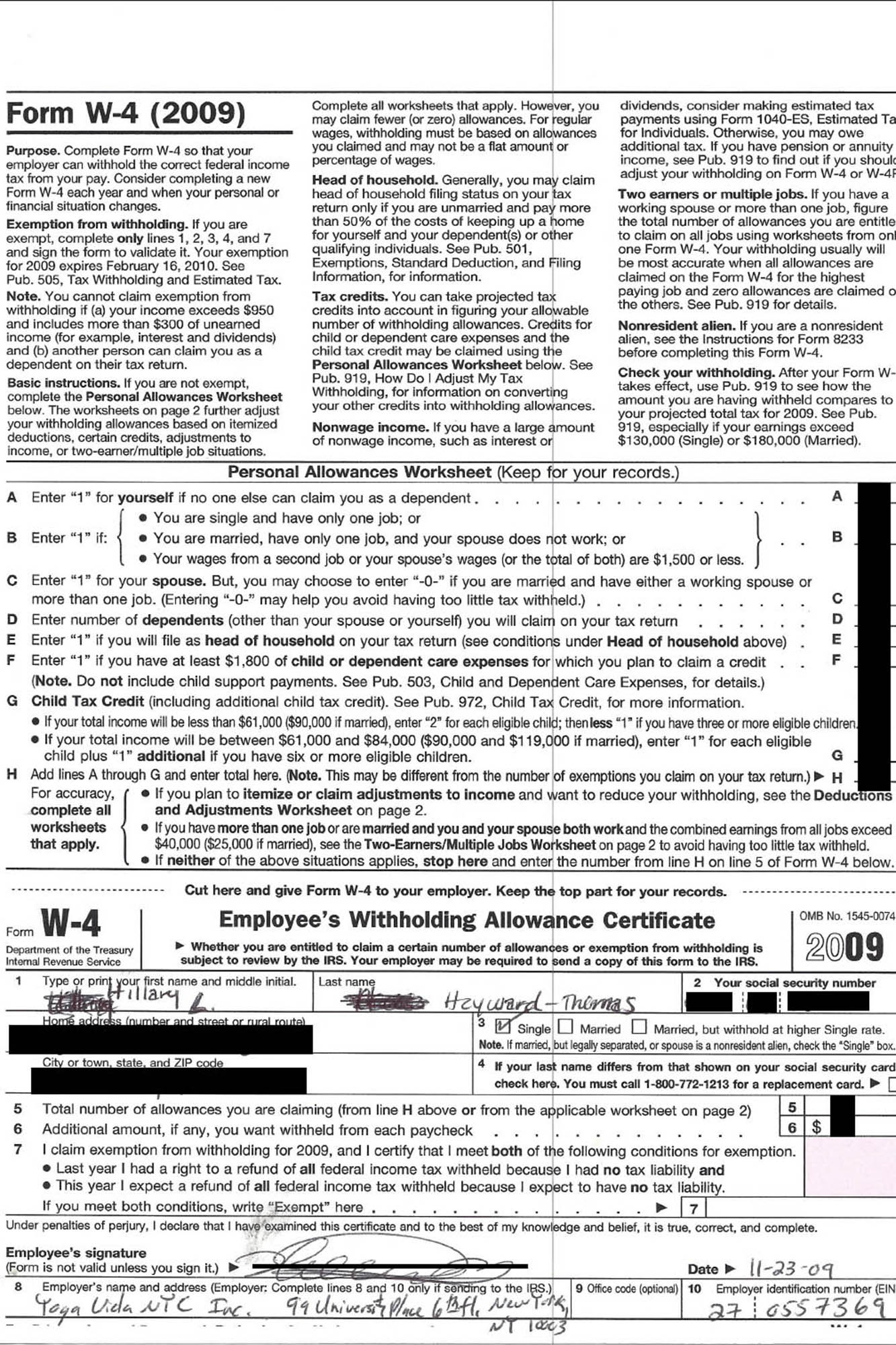 The court papers were filed in a 2013 lawsuit brought by man who was injured at the sixth-floor studio when he smashed his leg through a window while doing a handstand.

Spencer Wolff, 39, a documentary filmmaker and novelist, ripped open his left leg and foot after he lost his balance in a crowded class on Jan. 15, 2013. The dramatic fall sent shards of glass flying into the street and smeared blood across the floor.

By that time, the beautiful yoga guru and Alec Baldwin had been married two years and Hillary L. Hayward-Thomas was publicly proclaiming to be Hilaria. A former student told the Post she almost always taught her classes in a “European” accent.

The lawsuit was settled a year later and Wolff is bound by a non-disclosure agreement to not talk about it.

But his friend, photographer Zev Starr-Tambor, who introduced Wolff to Yoga Vida and practiced there for years, told The Post what stood out for him were both Hilaria and Alec Baldwin’s lack of empathy for Wolff.

Part of the lawsuit turned on the fact that New York City requires yoga studios to have breakaway glass, but Yoga Vida didn’t. 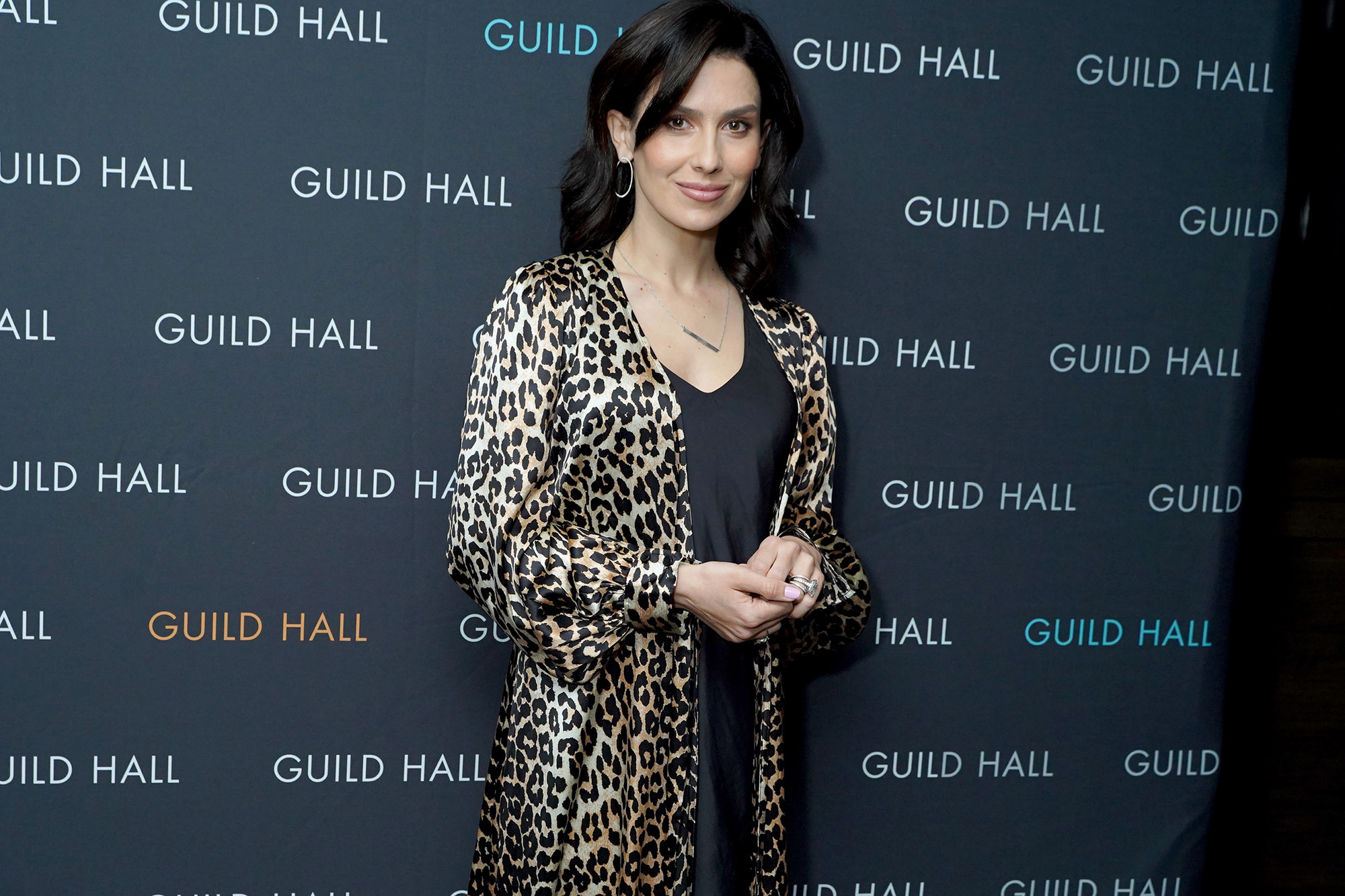 “It was an old building with old glass and his leg was badly gashed,” Starr Tambor said. “Had it been breakaway glass the injury wouldn’t have been anywhere near as bad.”

Starr-Tambor said both Baldwins went to see Wolff at the hospital. As a grad student and freelancer at the time, Wolff had little or no health insurance, Starr-Tambor said, and he asked the Baldwins for help with his medical bills. They refused, according to Starr Tambor. In addition, Alec Baldwin told Wolff he was making his wife look bad.

Baldwin even tweeted out a defense of his wife at the time, saying “1 – the class was, IN NO WAY, ‘dangerously crowded.’ 42 in a class w room for 70.” 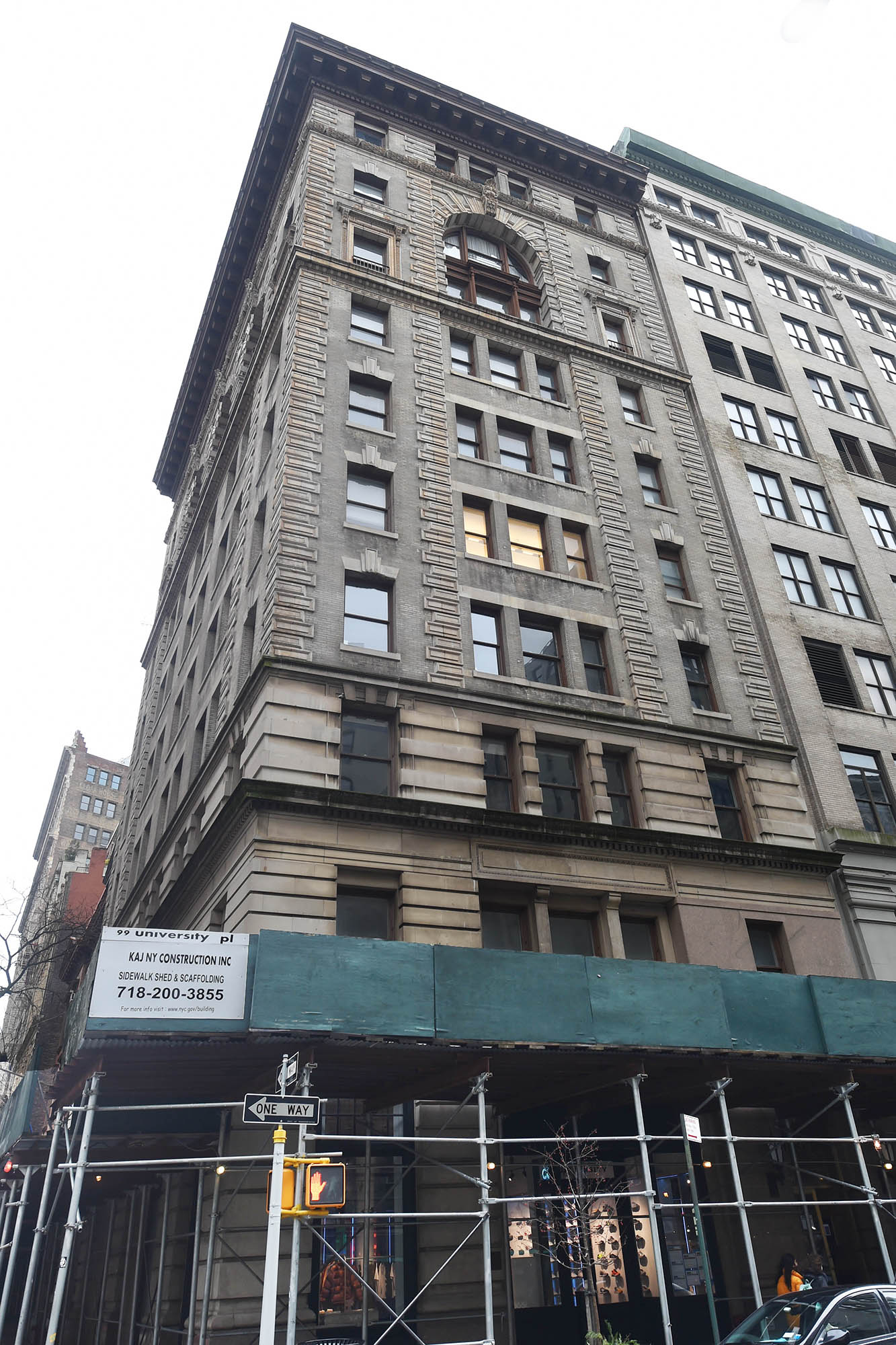 Neither Wolff’s lawyer or the lawyer for the Baldwins in the case responded to calls for comment from the Post.

Starr-Tambor lives with his wife in the Amagansett area, where the Baldwins reside, and Wolff frequently visits when he’s in town. They desperately try to duck the power couple.

“It’s a small place and Alec is out and about a lot,” Starr-Tambor said. “We always hide. Who knows what he could do.”

But one day, when they were both at Hampton Chutney for lunch, Starr-Tambor said Hilaria spotted Wolff and made a beeline for him.

“Hilaria recognized him and proceeded to rant about how he traumatized her,” Starr-Tambor recalled. “Spencer said, ‘But I was the one who was hurt. I’m the one with the leg that still hurts.’ She went on, ‘But yes you traumatized me, the experience was so terrible.’

“It was a similar doubling down to what she’s doing now,” he said.