Howie Mandel says he understands how Howard Hughes ended up holed up in hotel rooms, urinating in bottles and terrified of catching germs.

The Canadian-born comic famously suffers from obsessive-compulsive disorder, as did the business magnate — who, despite his extreme wealth, died in 1976 emaciated, isolated and practically unrecognizable.

Mandel, 65, recently told Page Six that he spends “every moment of my existence knowing that Howard Hughes ended up alone in a room naked peeing in bottles.”

“I can’t tell you how many times and how close I am to that,” he said. “Humor has been a great bridge for me to somewhat sanity and productivity but I teeter on that so that makes it really tough. I get it, I understand how he got to where he was easier than I understand how other humans are functioning and touching and doing.”

Mandel — who suffers from mysophobia, a pathological fear of germs and contamination — told Page Six last year that he was “moving my therapist into a whole new tax bracket on the phone” during the pandemic and was also “on medication.”

He also joked about feeling responsible for the shortage of PPE because “I’d been hoarding gloves and masks and hazmat suits for the last 50 years,” adding that he’d given them all away.

The “AGT” judge revealed that his best coping mechanism is identifying when he’s feeling wobbly.

“It’s really easy to fall into that dark hole and just fall,” he explained. “But if you are aware that you’re falling or teetering, that’s the first step. And the next thing is distraction, which is why I love working so much.” 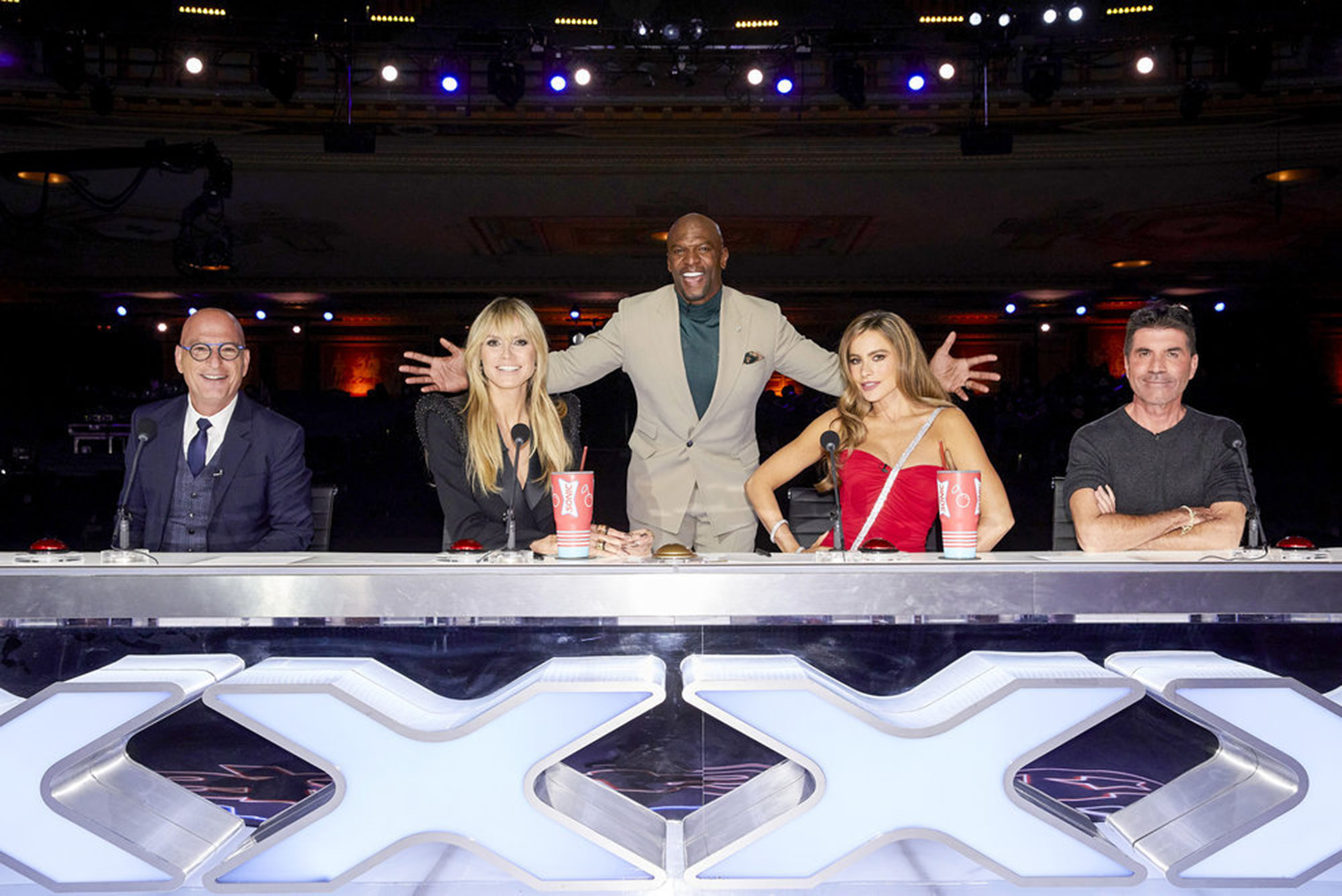 Last year during lockdown, Mandel said that his three grown children with Terry, his wife of 41 years, wouldn’t allow him to come over and he was forced to wave at his grandchildren through windows. But he did spend hours every day on the phone with daughter Jackie Schultz making prank calls, calling pals and being silly. When Terry heard their shenanigans she suggested they record it — and that’s how the podcast “Howie Mandel Does Stuff” was born.

No subject is off limits, and they clearly share a similar sense of humor. Growing up was a different story, as Mandel describes himself as an “old-school” dad who was strict.

“My daughter hated me from about 14 to 20,” the “Bobby’s World” creator admitted. “Hated me! And I can’t tell you how many parties I found her at and physically dragged her out of because that’s not where she said she would be. I’m very proud of my kids, Jackie ended up getting her master’s in urban education and taught till she had her second kid.”