Low-emissions fuels for aircraft and cargo ships are targets of a new federal government initiative to harness organic waste for bioenergy, sparking calls for a ban on the use of native forest timber to fuel furnaces for power generation. 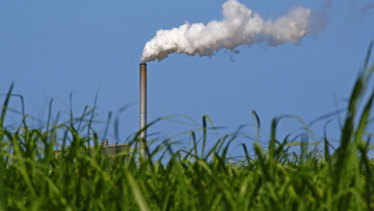 Bioenergy is produced from organic waste in forestry, agriculture, landfill or sewage and turned into energy in the form of heat, electricity, biogas and liquid fuels. It already generates about 50 per cent of the renewable energy consumed in Australia, largely through the burning of sugarcane waste, known as bagasse, to generate electricity to power sugar mills NSW and Queensland.

ARENA’s road map said if bioenergy achieved its growth potential, it could add $10 billion to gross domestic product by sometime in the 2030s and create 26,000 jobs while reducing emissions by nearly 10 per cent and using 6 per cent more landfill waste than it did now. The government’s green tech finance agency is responsible for supporting low-emissions technologies as the nation transitions to a net zero economy by 2050.

It said waste from the forestry sector, created during milling and harvesting, represented 22 per cent of the total resource potential available to the sector, raising fears among conservation groups that logging of native forests could be spurred by increased demand for organic waste for biofuels.

The Australian Forests and Climate Alliance’s submission to ARENA said whole logs could be “defined as ‘residue’ or ‘waste’, making this industry appear to simply be using leftovers” whereas a significant portion of a standing forest could be used for so-called waste recovery products such as woodchips or bioenergy.

Along with the Australian Conservation Foundation and the Wilderness Society, it has called for a ban on native forest timber being classified as renewable bioenergy.

But peak lobby group Australian Forest Products Association (AFPA) said timber products such as wood pellets, which are currently imported by Japan and the European Union, could make a significant contribution to Australia’s biofuel sector.

Carbon emissions from burning wood pellets were “captured by new plants as they regrow in a sustainable cycle”, its submission said.

Mr Taylor highlighted bioenergy’s “emissions reduction and economic opportunities”, which he said would be realised chiefly in regional communities surrounded by primary production.

ARENA selected aviation and shipping biofuel produced from food and agricultural waste as a near-term opportunity for clean energy.

International transport is a particularly difficult industry for emissions reductions, with scant alternatives to emissions-intensive fossil fuels. Aircraft and cargo ships could, potentially, be fuelled by zero-emissions hydrogen but this technology is further away from commercialisation.

ARENA said biofuels were more mature than other prospective clean aviation fuels, “with a growing number of pathways certified to industry standards, demonstration flights and fuel off-take agreements both in Australia and overseas”. Bioenergy could also be tapped to generate heat for industrial processes, gas to supply the electricity grid or fuel for road transport.

“The expected extremely low cost of wind and (solar) photovoltaics will likely out-compete most biomass options in the near future – decisions should be made with this fact in mind,” ANU’s submission said.

Fascinating answers to perplexing questions delivered to your inbox every week. Sign up to get our new Explainer newsletter here.