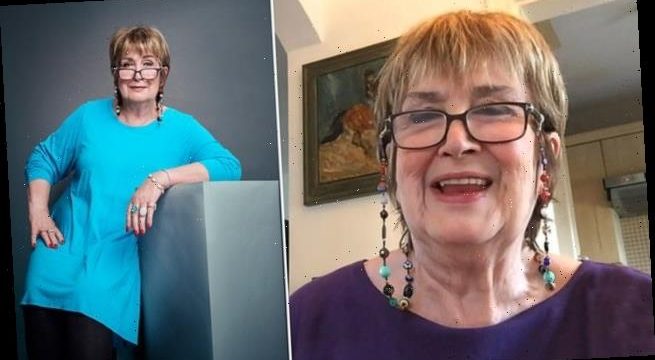 JENNI MURRAY: For women on TV, it’s not what you say… it’s still how you look

I have so much sympathy for Evan Davis, the presenter of Radio 4’s PM programme, who’s revealed how unhappy he was when he was asked to replace Jeremy Paxman on Newsnight in 2014. Evan suffered from stage fright and was concerned his head looked too small on TV.

It’s unusual for a man to feel anxious about his appearance on screen. Believe me, I’ve known plenty who would breeze into make-up, dot a bit of powder on their noses and swan into the studio, confident that the way they looked mattered not one jot.

Women tend to fall very much into the Evan camp, knowing, without a doubt, that their hair, their clothes, their size, their make-up were far more important to their bosses and the audience than what they actually had to say. 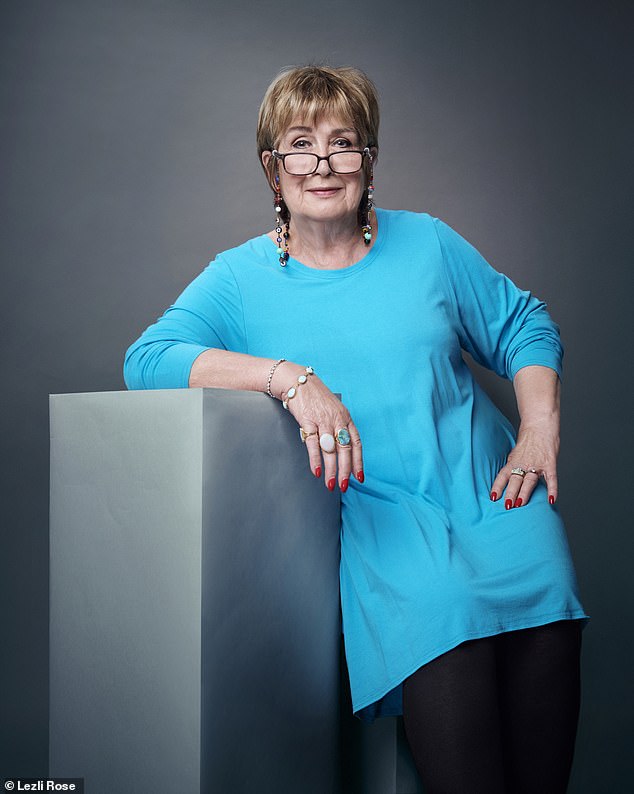 I used to be infuriated at having to spend so much more time in make-up than my male colleagues, when I would have preferred to be using that half-hour honing the quality of my script or preparing for my interviews. Even before social media, the audience never failed to make its views known.

In the 1980s, when I presented South Today in Southampton and worked through my first pregnancy, the abuse I received was horrible. It came through the post, of course, and consisted of ‘How dare you flaunt your revolting condition on my TV’, ‘Why are you working in that condition. Don’t you have a husband to keep you?’ and ‘Why are you taking a man’s job?’

When, like Evan, I moved to Newsnight in 1983, I’m afraid it was my mother who was the chief culprit.

She would phone every night after the programme. I would ask her what she’d thought of the interview I’d done, say, with Norman Tebbit.

Her response, invariably, went along the lines of: ‘Oh, sorry, love, I didn’t really hear what you were saying, but you know that red top you were wearing? A bit too bright, I think. And do get your fringe cut. Your eyes are your best feature and we can’t see them if your hair’s too long.’

So, just as it has for Evan, going to radio made a huge difference. No one could see me. They had no choice but to listen to what I was saying. No time was wasted fussing about the size of our heads or the length of our hair. 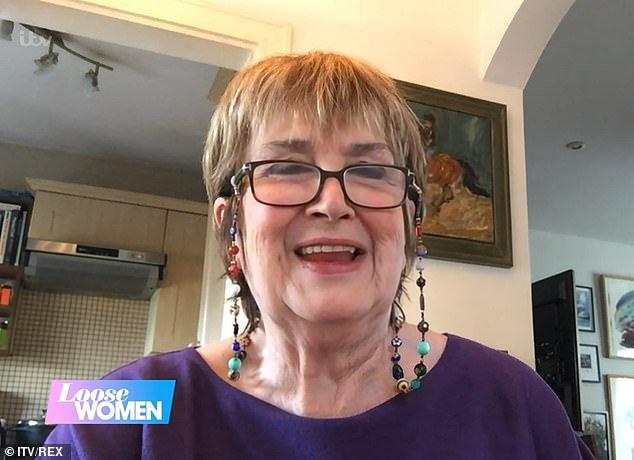 Jenni said her mother would phone every night to comment on her appearance while on Newsnight. Pictured: Jenni on ITV’s Loose Women

I worry about the new fashion for radio to have pictures attached through the latest technology. Radio should be about sound. The audience should be making its own pictures in its head.

I can’t, though, go along with Evan and his declared tendency to be more likely to burst into tears than his interviewees.

Yes, there are so many times when you have someone in front of you who is relating a heartbreaking story. You’d be an unfeeling monster not to be moved by the girl abducted and forced into prostitution, or the woman dying of cancer after a series of failures to give her an accurate diagnosis.

It is, though, the job of the professional to be detached from the other person’s agony and help them to relate their story.

In my 33 years on Woman’s Hour, I shed a tear only once. I was talking to Deborah Spungen about her book on life with her daughter, Nancy, the girlfriend of the punk rocker, Sid Vicious.

Deborah described how Nancy’s brain had been damaged because of a lack of oxygen at birth, how she’d been a nightmare to raise as she stole cars, ran away and would constantly ask for money. Why, I asked her, did she always give her money when she knew she would only use it to buy drugs? ‘Because,’ she replied, ‘she’s my child and I loved her.’ We both wept.

Surely my plastic fur is worse than the real thing 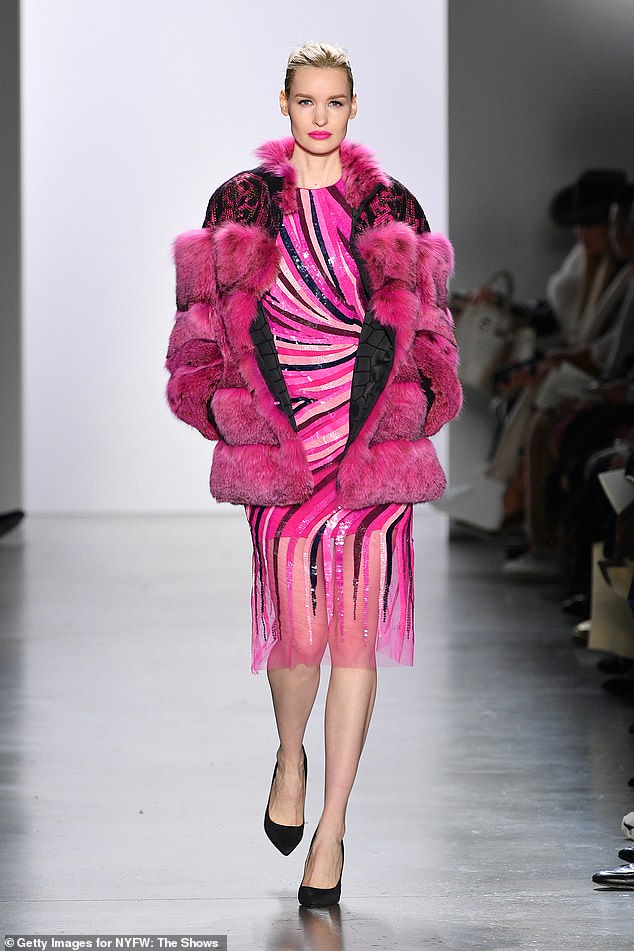 Jenni who owns two fake fur coats, questions if fur made from plastic is better for the environment than the real material. Pictured: A Dennis Basso 100 per cent real fur coat

Should I be ashamed that I once owned the most fabulous red fox fur coat which was my pride and joy?

I gave it away in the late 1980s when anti-fur campaigners started spitting at me in the street. I miss it. It was warm and beautiful.

Now leading designers such as Stella McCartney are demanding a ban on the sale of fur. I can’t see the point.

Lots of jobs will be lost in the industry. Why, if we’re prepared to kill animals for food, is it so reprehensible to kill them to keep us warm?

I now have two fur coats, one black and one which looks like a leopard. Both are fake fur, made of plastic.

How is that better for the environment?

I have never felt so angry and upset for so long as I have since I learned of the fate of Sarah Everard. There is a sense that violence against women has finally risen to the top of the political agenda.

I am encouraged by a cross-party collection of women pressing for a bill to cover Violence Against Women And Girls. They are the conservative former minister for Women and Equalities, Maria Miller, the Labour MP Jess Phillips and the Mother of the House, Harriet Harman.

Kerb crawling is only illegal if a man is seeking to buy the services of a prostitute. It is not an offence to kerb crawl a schoolgirl. Harman has a plan for how it should be punished. Make sure any girl who suffers takes down the registration number and reports it. Take the creep’s driving licence away from him. That’ll take some explaining to his wife and kids. 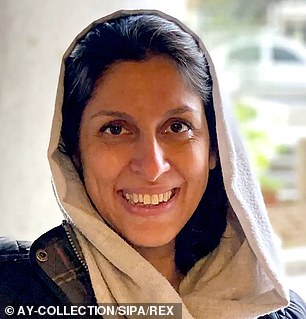 Just get Nazanin out now

Nazanin Zaghari-Ratcliffe waits for the result of her recent trial, accused of taking part in a demonstration 12 years ago and speaking to the BBC Persian service — allegedly spreading propaganda against the Iranian regime.

She has suffered five years of torture in prison while separated from her husband and daughter, and the British government has been of little help.

Now it seems she’s still a pawn in a nasty political game. For goodness sake, just do whatever it takes to get this poor woman home.