IF you're feeling the pinch and want to save some money, head to Farmfoods where you could get your hands on a whole chicken dinner for just 29p.

The ready meal, which is produced by The Kitchen Table Range includes chicken fillets in gravy, creamy mashed potato, vegetables, stuffing and even a Yorkshire pudding. 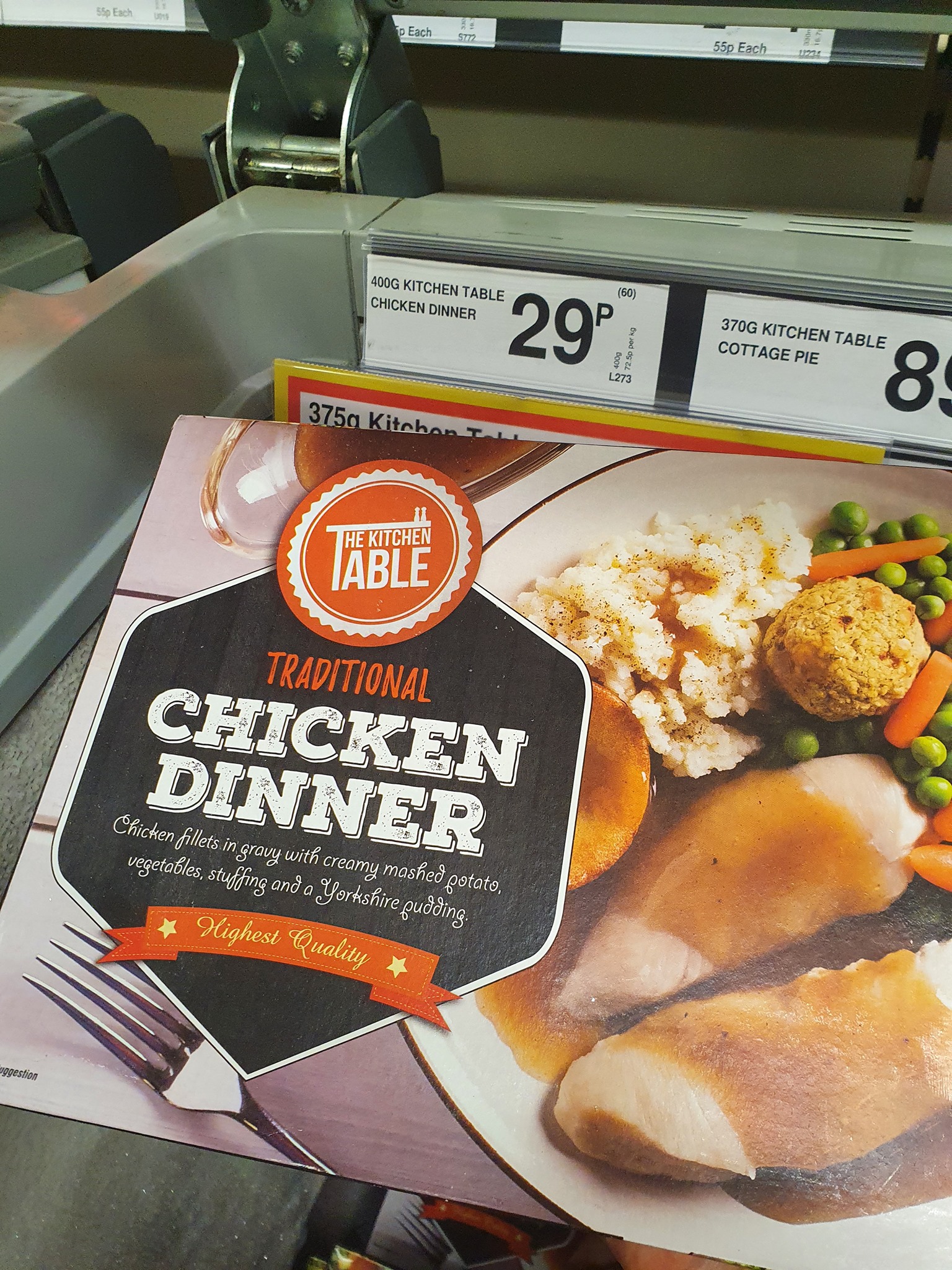 The Farmfoods bargain was spotted by an eagle-eyed shopper in the Extreme Couponing and Bargains UK Group.

The price is so cheap that some commenters are questioning what's actually in the dinner and how it can cost so little.

Sarah added: "We now need a pic of what it looked like, not a pic on box."

But plenty of others hit back, pointing out that the meals are perfect for anyone struggling on a low income or the elderly.

Amri said: "Some poor wee oldies have no one… It's quick cheap easy and filling and older people are not so good using the cooker anymore. I'm not ashamed to say I have eaten these types of meals before, and if I had a big freezer I'd be stocking up on them…"

Margaret added: "They actually taste nice and at that price who wouldn't?"

And Corinne said: "I bet this would be great for older people on a budget who want a hot meal. Traditional meal without any hassle."

One commentator said she stocks up on these dinners for her dad who has dementia and can no longer use the cooker.

The Sun has asked Farmfoods whether the deal is available in all the stores nationwide, or whether it is a pricing glitch or one-off sale.

You're unlikely to find such a good deal anywhere else though, as most supermarkets charge significantly more for a ready meal roast.

Iceland's chicken dinner came in at £1.79, which is over six times the cost of the Farmfoods equivalent.

It's not identical, as you get fried potatoes instead of mash, but the Asda version doesn't have a Yorkshire pudding.

Asda was one of the cheapest sells we could find. The supermarket has rolled its cheapest offering back to £1.25, but that's still a 331 per cent price increase over Farmfoods.

Asda also has a more luxury version with chicken breast, roast spuds, white wine gravy with garden veg, stuffing and a crispy Yorkshire pudding – all for £2.40.

The cheapest option we could find at Sainsbury's was a £1.75 option with chicken breast, roast potatoes, peas, carrots, stuffing and gravy.

Meanwhile Morrisons has priced its cheapest version at £1.73.

There are over 300 Farmfoods stores across the UK and you can find your nearest one using the store locator tool.

How to get £10 worth of Greggs for £5 including a free festive bake before Christmas.

KFC’s Christmas menu includes a new burger that you cover in gravy.