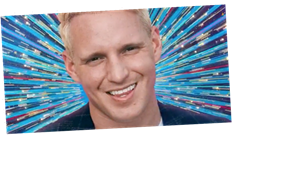 Made in Chelsea star Jamie Laing, 31, has just been announced as part of the 2020 celebrity line-up for Strictly Come Dancing.

He was also announced as part of last year's line up, however his dreams of winning the glitter ball trophy were sadly dashed when he was forced to quit the BBC One series after a foot injury left him unable to walk.

Fans were left "gutted" after his VT, professional dancer pairing and the group dance featuring the McVities heir was shown on the first episode of the series.

But this year he is back in full force, having explained on This Morning that: “I’m back, I’m really excited I'm over the moon I get to come back and dance again."

He also sweetly explained his motivation for returning to the show was "so my mum can see me dance.

“The reason I’m doing it, is to make my mum proud but all I did last year was make her even more disappointed.

But, there is much more to Jamie than his TV career. Here's everything you need to know about him, his family and his other work.

The Chelsea boy shot to fame in 2011 when he appeared on the second series of the E4 reality show, Made in Chelsea.

Jamie has been on the show for eight years, hanging out with a number of socialites and has dated a number of women on the show including Louise Thompson, Lucy Watson, Tara Keeney, Pheobe Lettice-Thompson, Riley Uggla, Naz Gharai, Jess Woodley, Frankie Gaff and Clemmie Cuthbertson.

Jamie is best mates with former MIC co-star Spencer Matthews, 32, who is now married to Vogue Williams. But, back in Spencer's bachelor days, Jamie was left heartbroken after Louise Thompson chose Spencer over him during the series.

This isn't the only time Jamie has been caught in a love triangle with his mates, as Jamie was said to be feuding with MIC cast mate Sam Thompson after he started dating Sam's ex Sophie Habboo, who he now in a happy relationship with.

The blond has also appeared on a number of shows including First Dates, Celebrity Juice, Through The Keyhole and Great British Bake Off for Stand Up to Cancer.

Jamie also appeared in Hollyoaks in 2017, as he cameoed as a doctor in the Channel 4 soap.

Away from the screens, Jamie is also the owner of confectionary company Candy Kittens, which sells a range of sweets. In 2015, the star landed a deal with Sainsbury's which meant his sweets would be stocked in their supermarkets.

Since then, Candy Kittens have gone from strength to strength and is now sold in a number of stores across the UK including Waitrose, Tesco and even Topshop and is also stocked online.

Jamie is the heir to McVities.

His Great grandfather is Alexander Grant, who invented the new much-loved recipe for the Digestive biscuit approximately 120 years ago after he was made chairman and managing director of United Biscuits, who own McVities.

Jamie’s great grandfather died in 1937, and his son-in-law Hector Laing, who is Jamie’s great uncle, took over the company.

The Laing family continued to run the McVities business.

Jamie has one brother, named Alexander, and a sister Emily who is an actress.

Emily has starred in a string of productions, including The Go-Between, Genius and Sydney. She lists her career projects on social media as “actor and sewer”.

Jamie’s father, Nicholas, is a huge role in the McVitie’s business. Nicholas – who is married to Jamie’s mother Penny Baines – reportedly remains as a silent shareholder in the company.

Jamie’s parent also has an input in his inheritance, although not directly.

The TV personality is reportedly worth around £2million, according to Spear's magazine, which includes fortune from his Candy Kittens business and TV appearances. Jamie is reported to not receive any money from his McVities fortune as of yet.

Jamie isn't the sole heir to the fortune, this is because the company went through a private equity takeover in 200, which means the inheritance has been shared out to a number of family members.