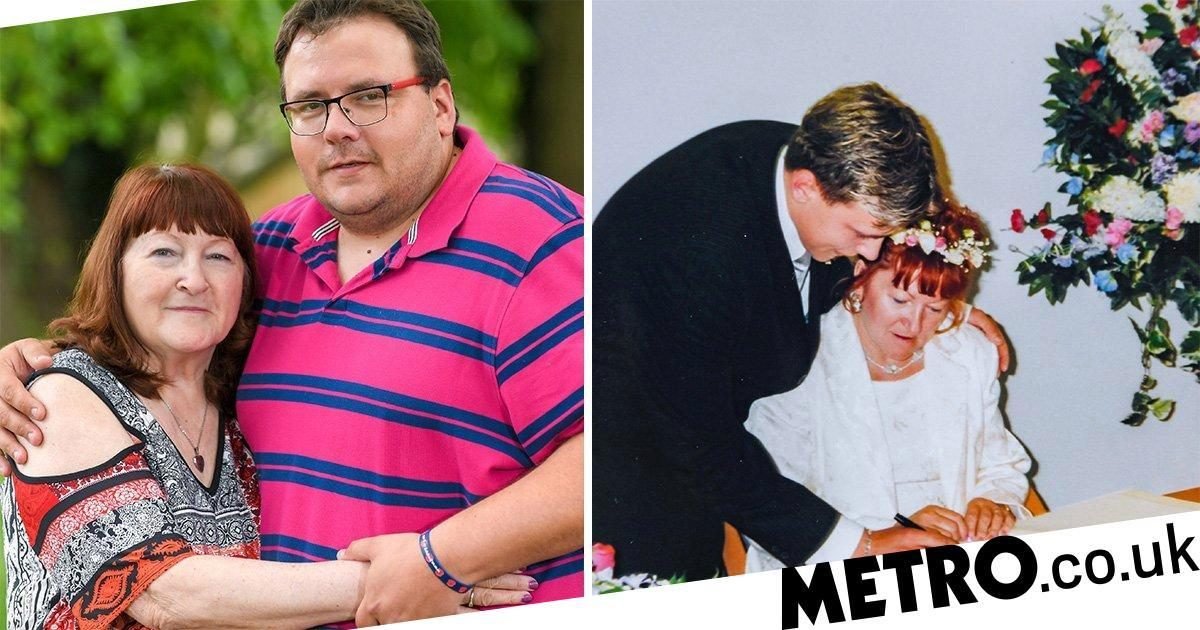 Jay and Linda are unbothered by people’s comments about their age gap.

‘The biggest positive about being married to an older woman is the civility, being able to speak about feelings and not pushing them under,’ said Jay.

‘We have adapted our lives [for Linda’s age] for example instead of walking ten miles we’ll go for a ride in the car.

‘People have said horrible things to us in the street. We just got on with it, even now people frown on it. Linda has been called a child snatcher, I’ve been called a granny basher.

‘We’ve been called names in the street, and sometimes people think she is my mum. But we don’t care what people say.

‘Our marriage has lasted a lot longer than many others and we are still very much in love.

‘I think the secret is spending so much time together, we love each other and we do everything together.

‘The only thing we argue about is the cat, and even then we never go to bed without sorting everything out.’

Linda thinks there is some hypocrisy in judging older woman more so than older men that have young partners.

‘We just love each other, we haven’t done this for fame or for money, we just love and think about each other.’

She had some reservations at first though.

‘But I was divorced for five years, my children were all grown up and knew that it just felt right.’

When the couple got married, Linda was still able to have children but Jay was never keen on being a parent.

He enjoys being a step-granddad to Linda’s seven grandchildren, who are aged between four weeks and 18 years old.

‘I never wanted to be a father, I’m one of those people that just keep the toys to myself.

‘I’m just not the parent type, I much prefer having grandchildren as you get to give them back.’

Jay also says he and Linda continue to have a great sex life. Jay wasn’t a virgin when he met Linda and had three serious girlfriends before her.

‘You don’t just stop having sex when you reach 65,’ he said.

‘She still has that drive, I don’t know why people think you die sexually at 50.’

Now that their families are well acquainted, they go on holidays together but some have mistaken Jay’s dad and Linda to be his parents.

They also get the occasional looks at home. People often think Linda is Jay’s mum.

The couple now looks back at their 19-year relationship and the wedding they had eight months after meeting.

A lot went wrong on the day including the car breaking down and the ring being too small, but they were just happy to be husband and wife.

MORE: Married couple with 32-year age gap say they don’t care about being mistaken for granddad-granddaughter

MORE: Couple met in a homeless shelter and fell in love – despite their 19-year age gap

The daily lifestyle email from Metro.co.uk.