WandaVision is quickly starting to click into place as more episodes drop. However, there are still a lot of questions that fans need answering, but it’s a fun ride to be on. Monica Rambeau, portrayed by Teyonah Parris, is a major player here, and the show just revealed a lot more about her. With that, it also connected a ton more back to Captain Marvel and a specific scene in Avengers: Endgame. [Spoiler alert: Spoilers ahead for WandaVision through Episode 4]. 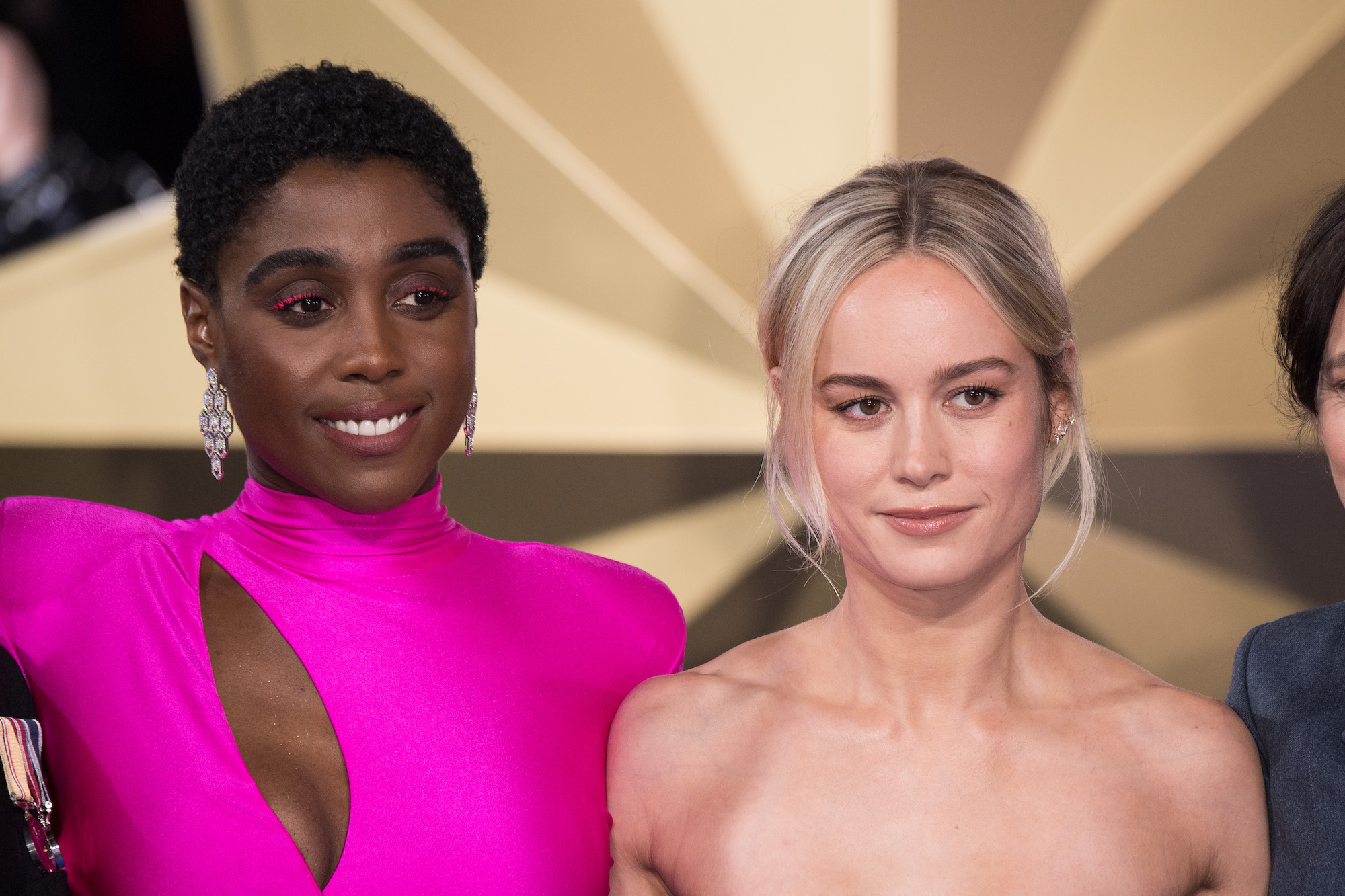 WandaVision has not only changed decades and styles from episode to episode, but more of the sitcom-style illusion has fallen from the show. And in Episode 4, “We Interrupt This Program,” it flipped the switch entirely on the show by showing the other side of the television screen, so to speak.

It started off with Monica Rambeau coming back from “The Blip,” which fans found out the world called Thanos’ snap. She re-materializes in a hospital chair and quickly looks for her mom. She, unfortunately, finds out that her mother, Maria Rambeau, who was played by Lashana Lynch in Captain Marvel, died in the five years she was gone.

To her, and everyone else snapped out of existence in Avengers: Infinity War, it doesn’t feel like time has passed. But it’s been years, and now she has to deal with that aftermath. As she comes to, she has a similar experience to the opening dream-like sequence of Captain Marvel, and she hears Carol Danvers’ voice calling her “Lieutenant Trouble,” hitting home just how close and important that bond was to her. On top of the connection she had with her mother.

So it’s safe to say that the beginning of this episode was a gut punch to fans. While everyone knows that the Blip happened by now, finding out such a story like that wasn’t really on the radar. And while Monica’s connection to Carol Danvers (Brie Larson) and Captain Marvel is evident, it wasn’t made in the present time until that moment.

And fans online were quick to connect it even more. One Tumblr user posted a screenshot on Jan. 29, after the episode aired, of Captain Marvel’s fight with Thanos in Avengers: Endgame. It’s the one at the very end, the epic fight sequence when all of the Avengers come together after the other half are snapped back into existence.

The image is specifically of the glare she gives Thanos as she’s holding his gauntlet-wearing hand while she’s powering up to take him down. It’s a really big moment, and one where she very nearly overpowers him; however he takes her by surprise by taking one of the stones, and overthrows her in the end. But there’s definitely a moment of unbridled rage on her end, and one of unforeseen fear on his.

And as the Tumblr user points out, “Thanks to WandaVision I’m seeing this death glare in a whole new context.” That “new context” being that Carol had to live five whole years not only thinking that Thanos snapped Nick Fury out of existence, but little Monica as well. All while seeing Maria battle her cancer alone a second time too.

It could also be the reason why Carol’s hair was shorter, due to Maria’s cancer 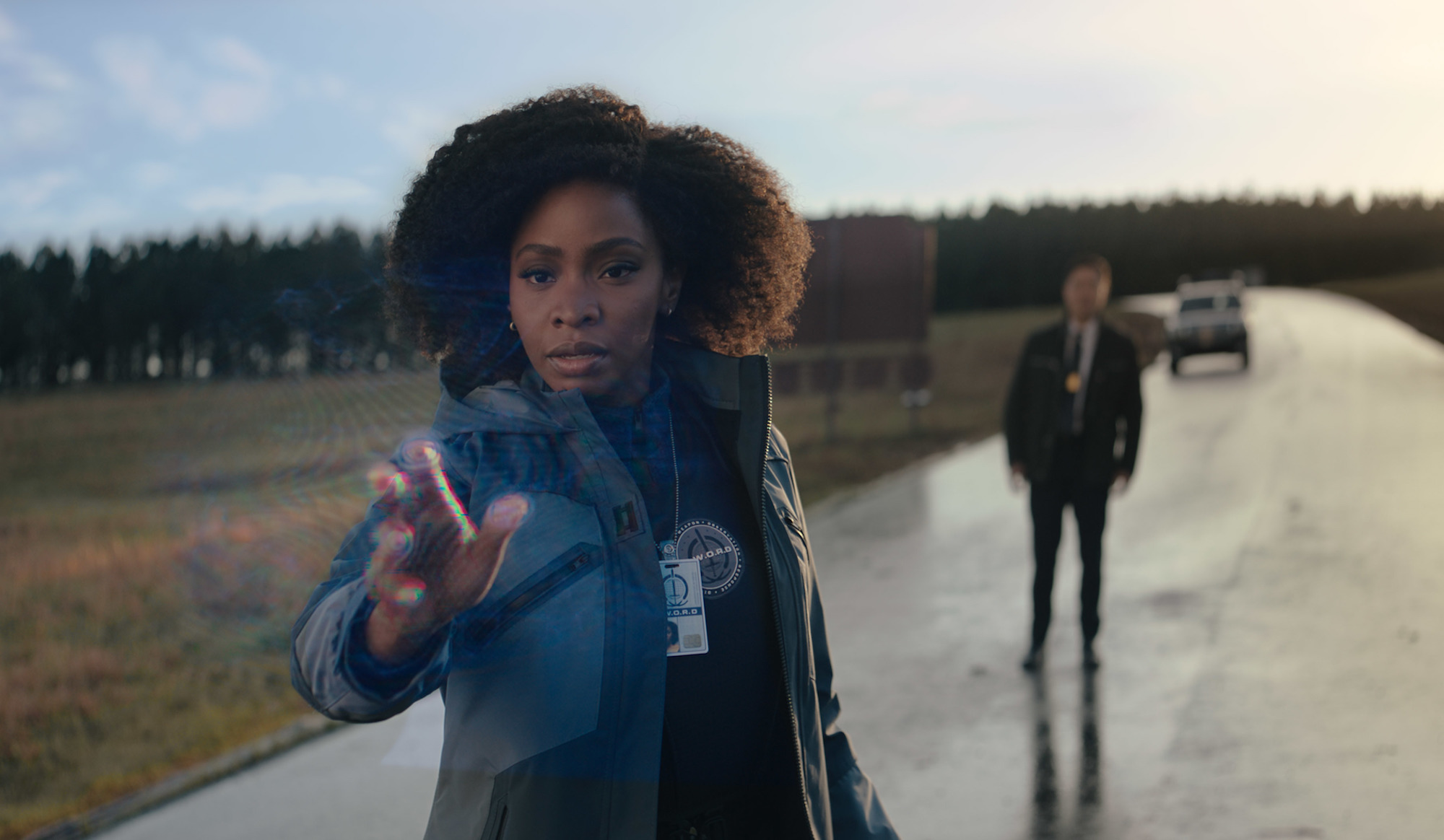 On top of the Monica Rambeau bombshell, fans also learned more about Westview and how it really is all Wanda’s doing. It seems like it’s a pocket of warped reality that she’s created in her grief. Of course, there’s still the question of “How will it all get fixed?” or even if it will. It also seems to point to the fact that Vision’s a dead corpse; literally, a shell of himself, not just a figment of Wanda’s imagination.

But going back to the Captain Marvel connection, there’s more that WandaVision revealed. For example, Maria Rambeau went on to build S.W.O.R.D. which helps keep Earth safe from extraterrestrial threats. No doubt, this is due to her involvement with Carol as well as her experience in the Air Force. She also went on to become known as Maria “Photon” Rambeau, which will come in handy if/when Monica gains powers in the MCU and takes on that name, as she does in the comics.

And one TikTok user went a step further and pointed out that maybe Maria’s cancer was the reason Carol Danvers cut her hair when she came back in Avengers: Endgame, possibly to show solidarity with her best friend. When Carol’s short do in Endgame is a nod to her style in the comics, it also could be a connection to Maria’s cancer.

Either way, Episode 4 gave some fans a lot more appreciation for Captain Marvel and reminded others just how much they love the Rambeau family and Carol Danvers.