All the celebrities in Rihanna’s Savage X Fenty fashion show

The model showed off her growing baby bump in an Instagram post Thursday — less than two weeks after it was reported she and husband Adam Levine were expecting their third child.

“Recent 🧚🏼‍♀️,” the 33-year-old mom of two captioned the photo reel, which included her posing in the reflection of a window. In the pic, Prinsloo rocked a pair of white cargo pants and a colorful graphic t-shirt.

She also included snaps of her and Levine’s puppy and billboards in New York City for their tequila company, Calirosa.

Following the debut of her belly, Prinsloo’s followers were quick to congratulate the happy couple.

“You are even more beautiful when pregnant 😍♥️♥️♥️♥️,” one of her 8.1 million followers commented.

While another joked the pair’s latest alcohol venture is to blame for their growing family, “It’s that tequila. Sent me my third kid too 🙃.” 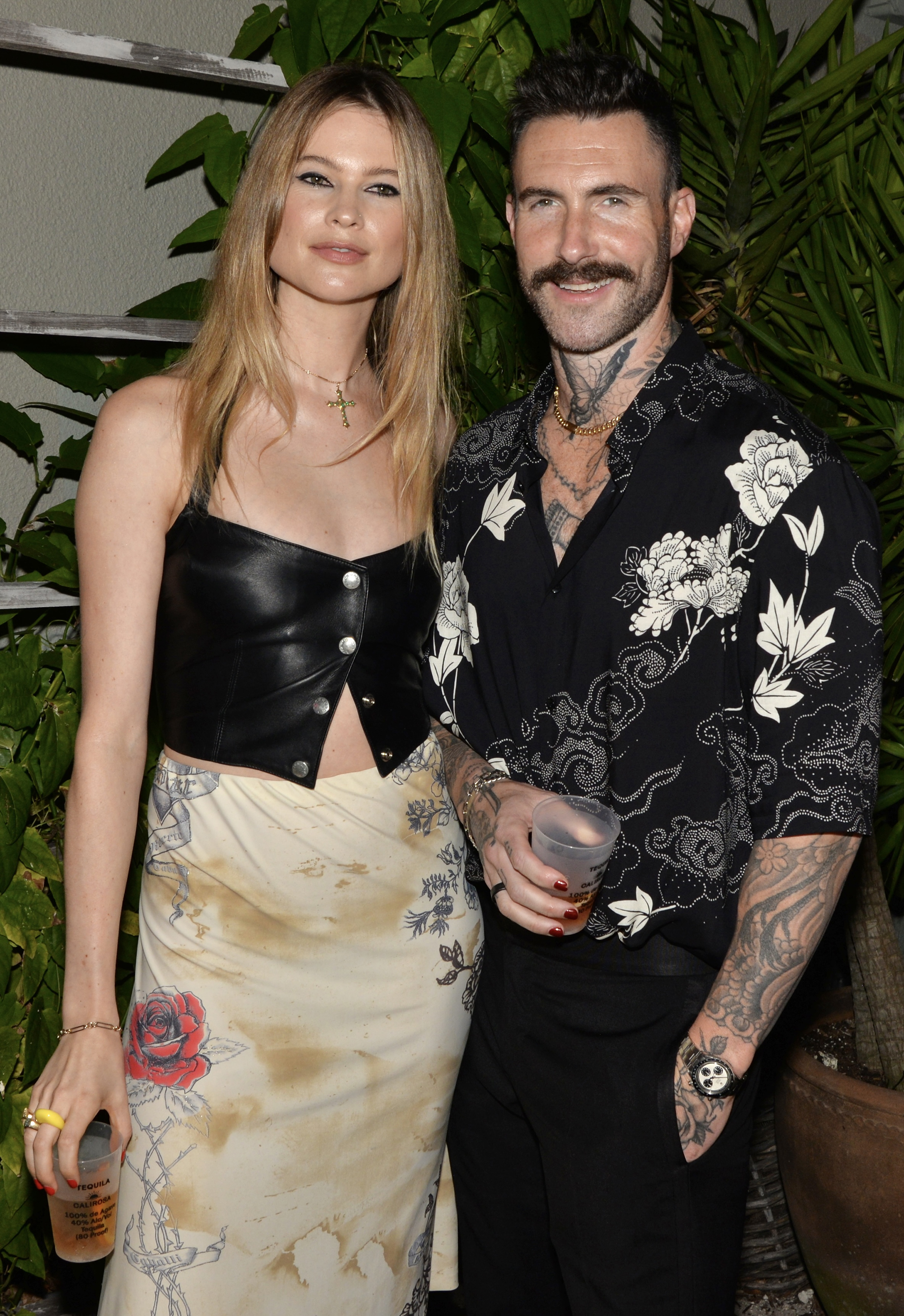 Although this was the first time Prinsloo showed off her bump online, the model bared it all while vacationing in Hawaii with her husband and two daughters earlier this month.

The Namibian model rocked a brown bucket hat, white sunglasses and navy blue bikini while relaxing on the beach alongside her daughters Dusty Rose, 5 and Gio Grace, 4.

Her belly was also in full display though she had yet to confirm the news. 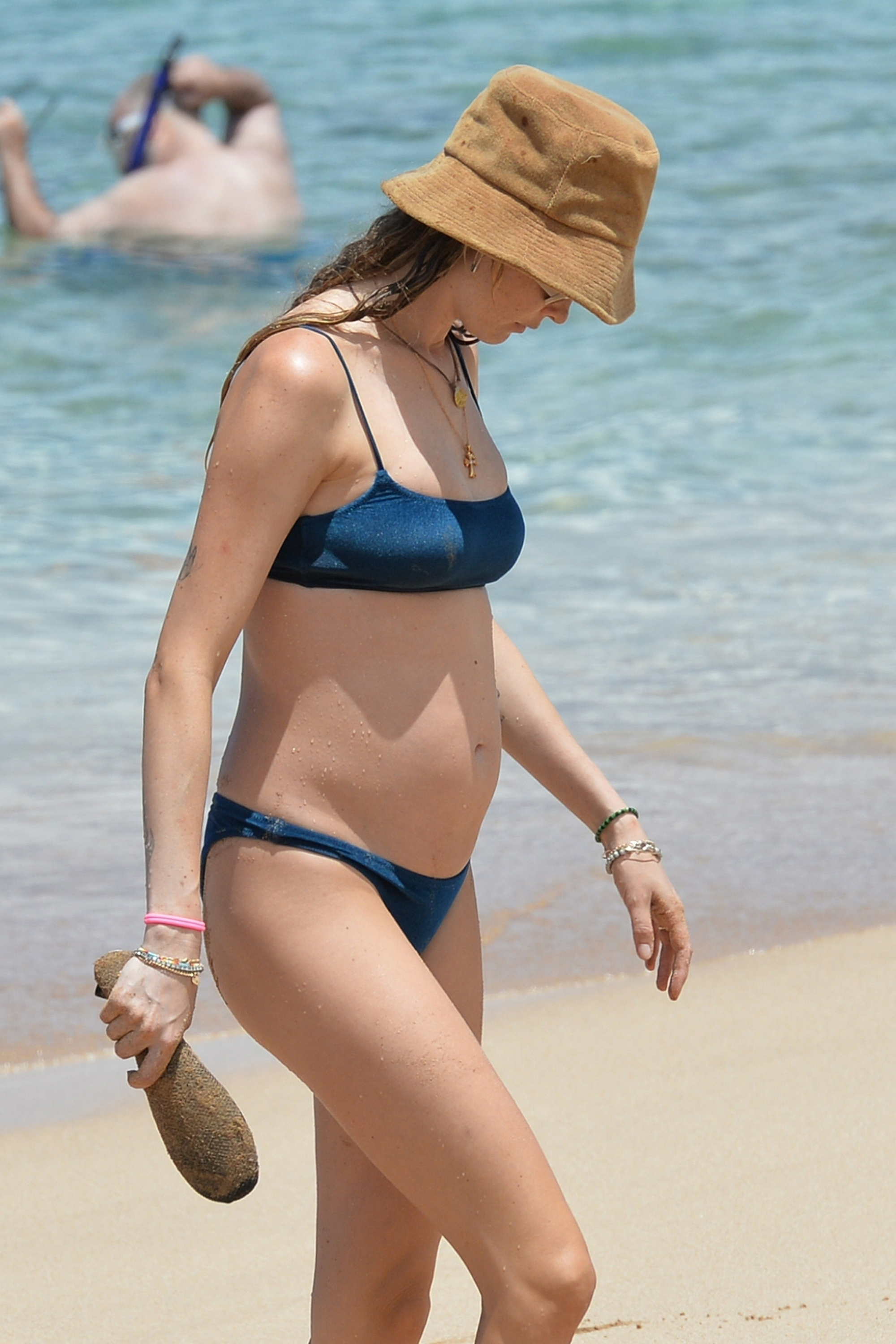 Prinsloo showed off her bump earlier this month while vacationing. 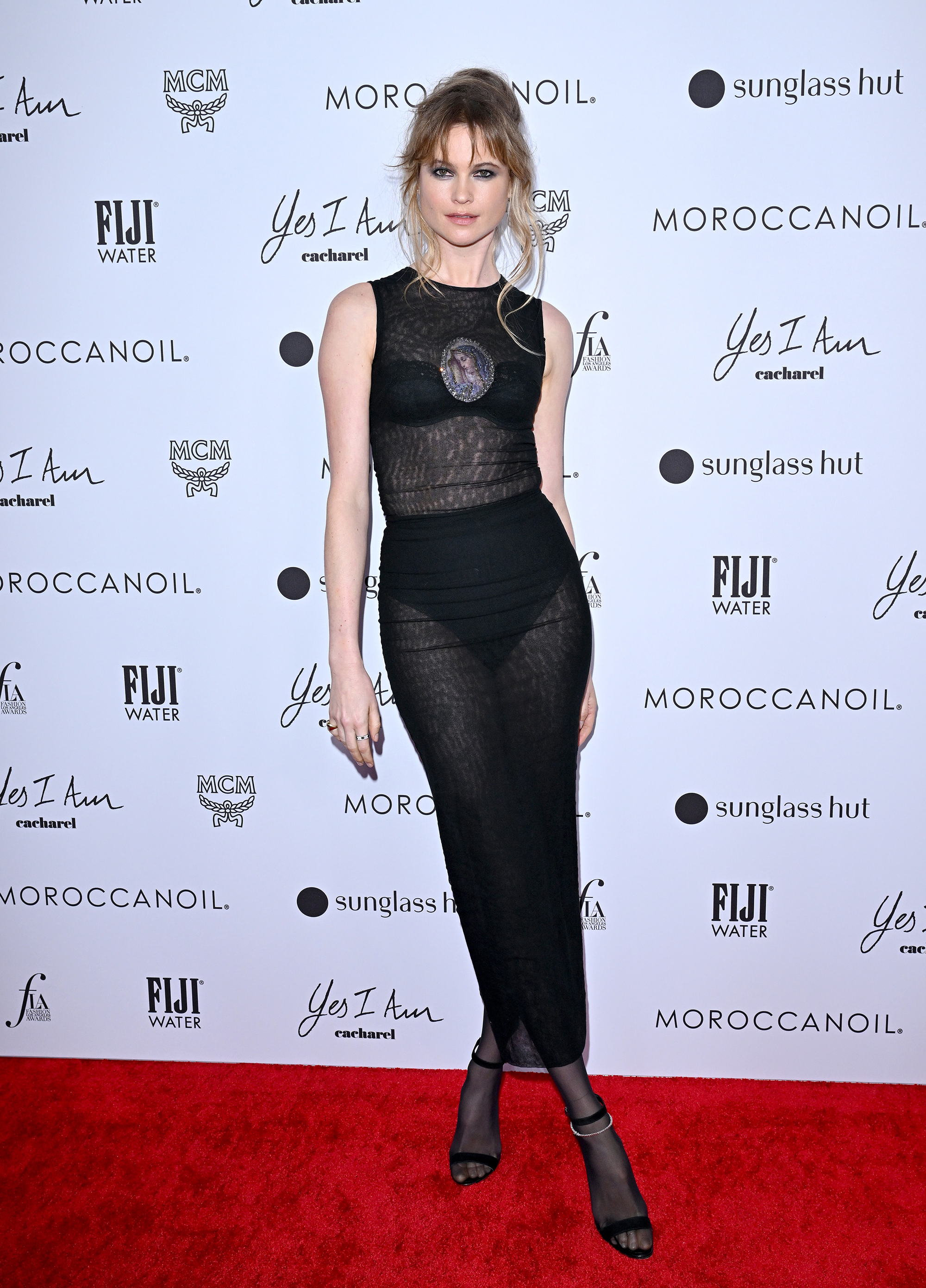 The model gushed about expanding their family earlier this year.