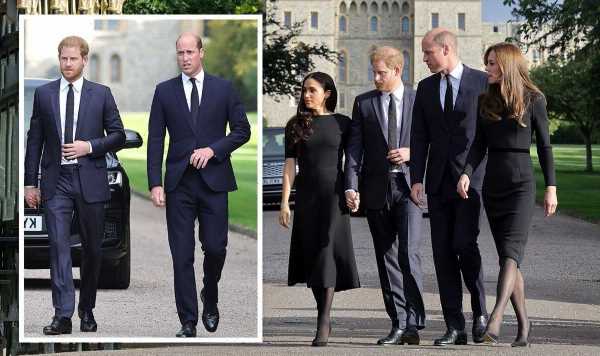 Prince William and Kate Middleton greet the public in Windsor

Black is considered to be the colour of mourning in the western world, a style tradition maintained by the Royal Family, whose members tend to wear the sombre colour throughout the entire period of mourning. However, Princes William and Harry have already broken this fashion rule in the days since the passing of their grandmother Queen Elizabeth II.

The first noticeable occasion William and Harry were spotted not wearing black during the period of mourning was while outside the gates of Windsor Castle where the brothers, along with their wives, met with well-wishing members of the public.

Although both Meghan Markle and Kate Middleton wore black, both brothers opted for navy blue suits with a black tie instead.

Speaking to Express.co.uk, Miranda Holder, a fashion coach who is known for her viral TikTok style videos posted under the username @themirandaholder “Your Feel Good Fashion Coach”, revealed the key reason why the two dukes veered away from black in favour of navy blue – and why they might do it again.

She explained: “The period of mourning lasts for a week after the funeral is a practice which has been in place in many cultures all over the world for centuries really. 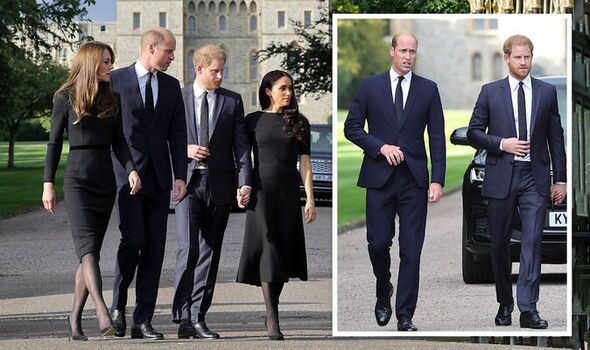 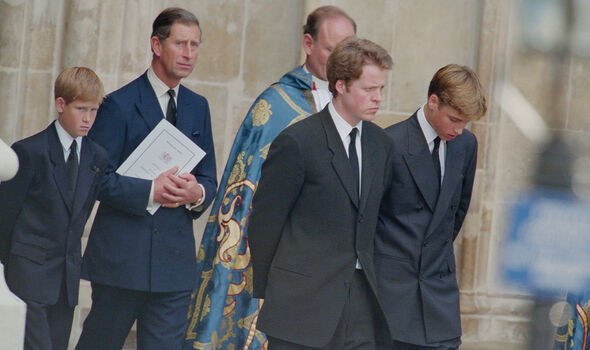 “We know that the Victorians were particularly into this. Queen Victoria herself lived in mourning dress, basically, after her beloved husband died Albert died until her death, so it’s very much ingrained into our royal culture.

“The reason that the royals do it is simply to pay their respects very publicly, as well as privately, to the Queen.

“In terms of what Prince William and Prince Harry chose to wear, the code for gentleman is actually a dark blue suit and a black tie.”

Indeed, it’s a fashion rule which has been honoured previously by King Charles III himself. In 1997, the then-Prince Charles opted to wear a navy blue suit and black tie to Princess Diana’s funeral. 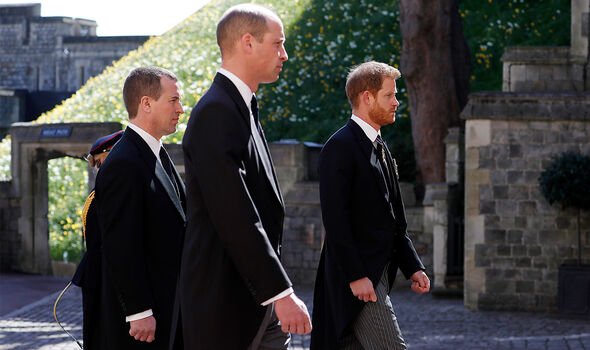 However, Miranda says it is likely Prince Harry and Prince William will opt for all-black ensembles before the funeral too.

She explained: “We will see them in all black because that’s just deemed to be the most respectful outfit they can wear.

“Even though we just saw William and Harry in navy blue when they did the walkabout at Windsor, on all official engagements they will be in either a black suit.” 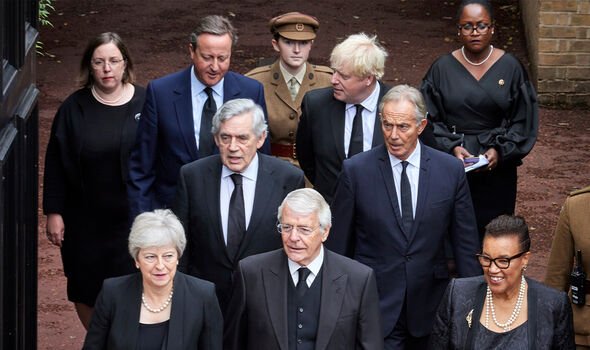 The only change to this will be on Monday, September 19, the day of the Monarch’s funeral, when most royal men will wear their military uniforms.

Miranda continued: “If it’s going to be a ceremony, a vigil, or some sort of official event, all the gentlemen will need to be in military uniform because they have their royal titles.”

The exception to this rule will be Prince Harry who, as a non-working royal, will likely opt for a black suit and tie.