SWEET photos have revealed life inside Harry and Meghan's Nottingham Cottage – as the couple slam it for being "small".

The pictures show the pair enjoying some downtime at their former UK home, with Meghan seen in a floppy hat with a large gardening fork, while Harry is spotted painting a wooden shed. 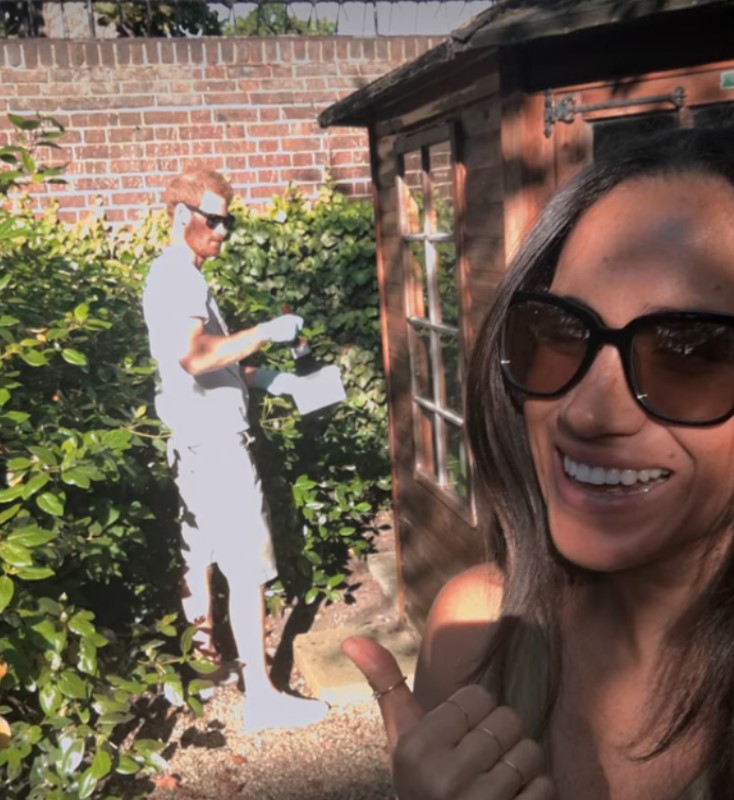 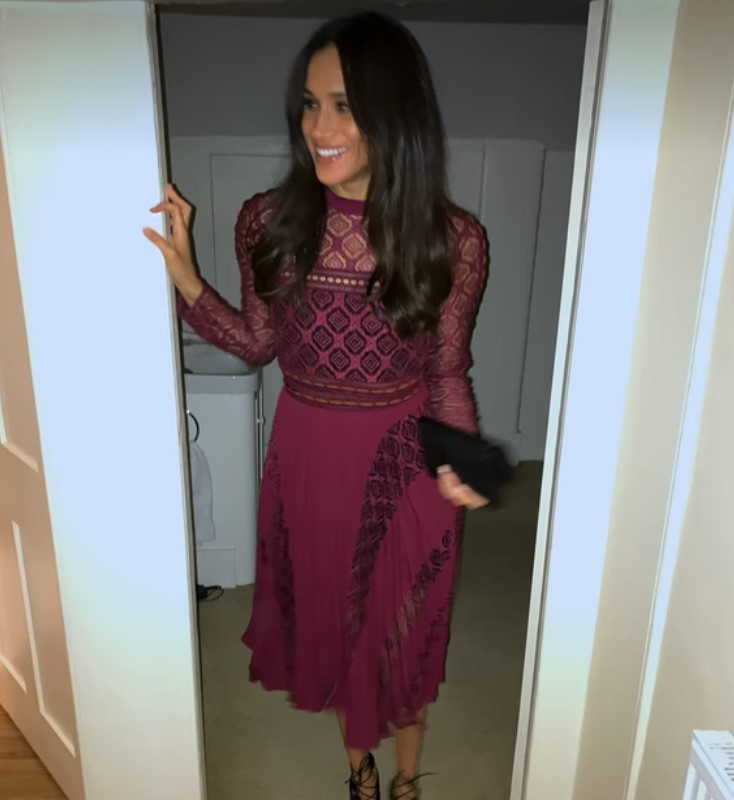 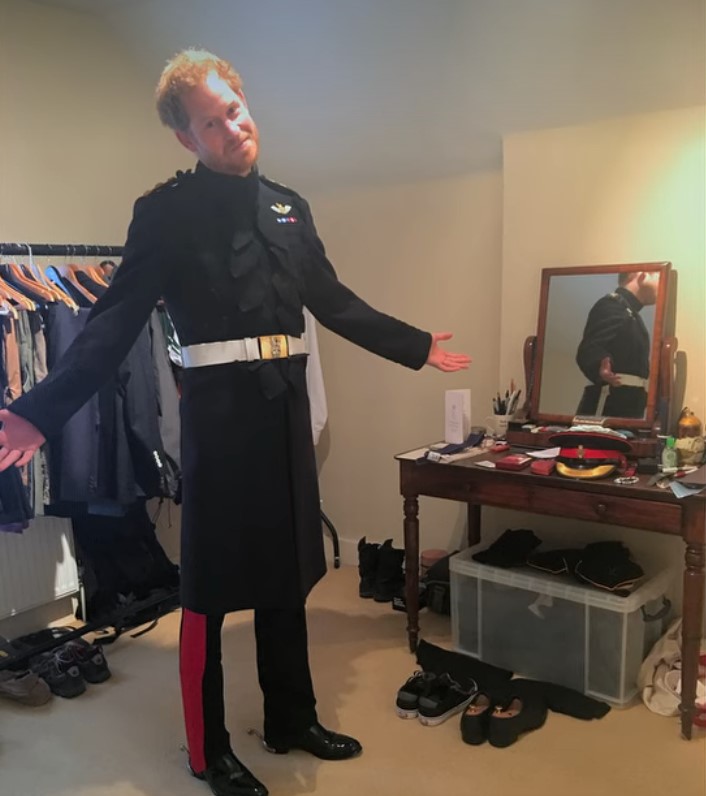 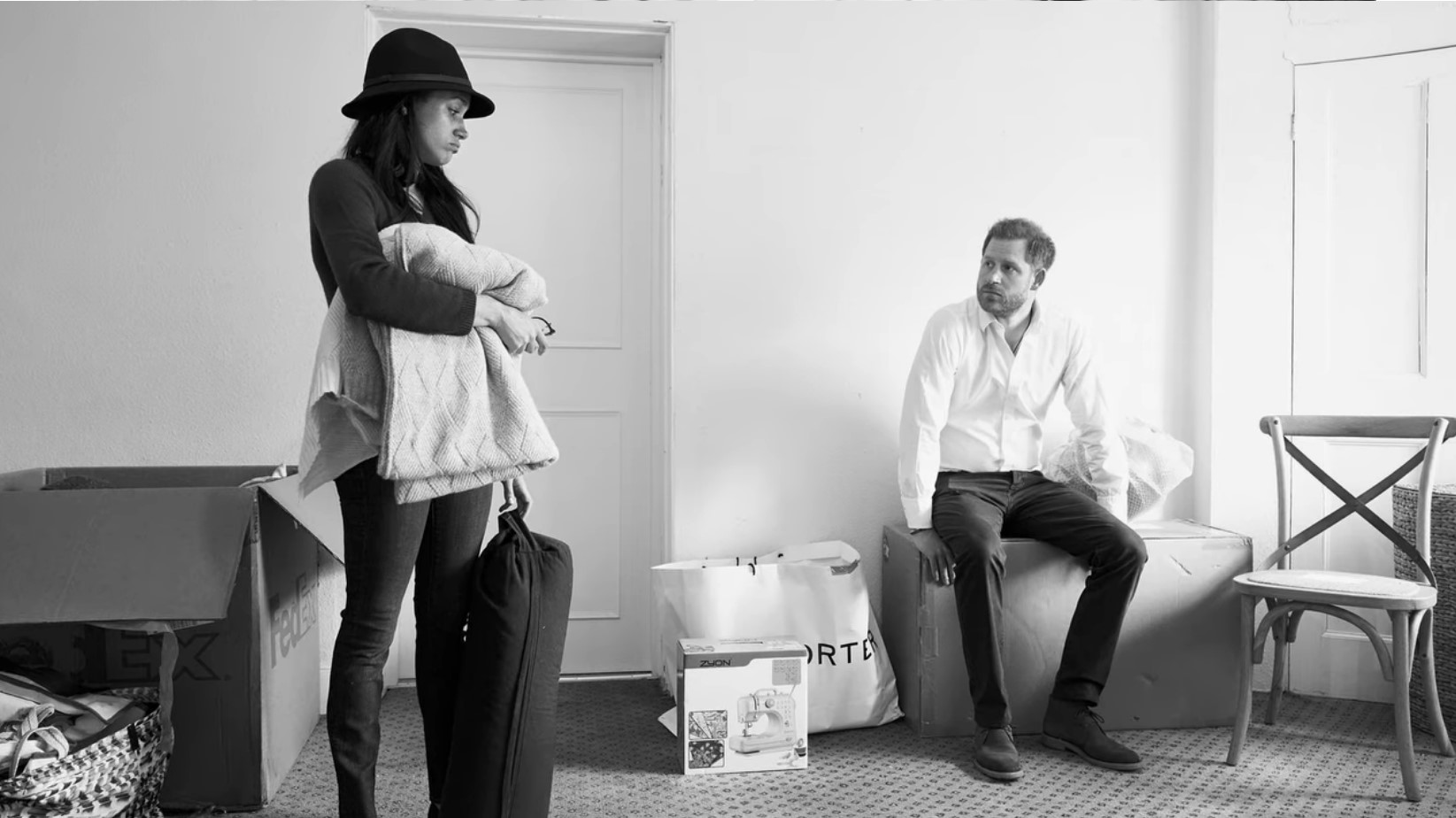 The Duke had used the cottage, in the grounds of Kensington Palace, as a bachelor pad since 2013, but his now-wife Meghan moved in in 2017 after they revealed their relationship, before they moved to Frogmore Cottage, Windsor in 2019.

One of the photos, revealed in episode four of the couple's bombshell new Netflix show, shows the prince posing in his ceremonial military uniform.

In others, though, he cuts a more relaxed figure, seen cuddling his dog and eating dinner in the sunny garden.

Meghan was also snapped decorating the house in some cosy home clothes, while in another she can be seen dressed to the nines in a stunning deep purple dress. 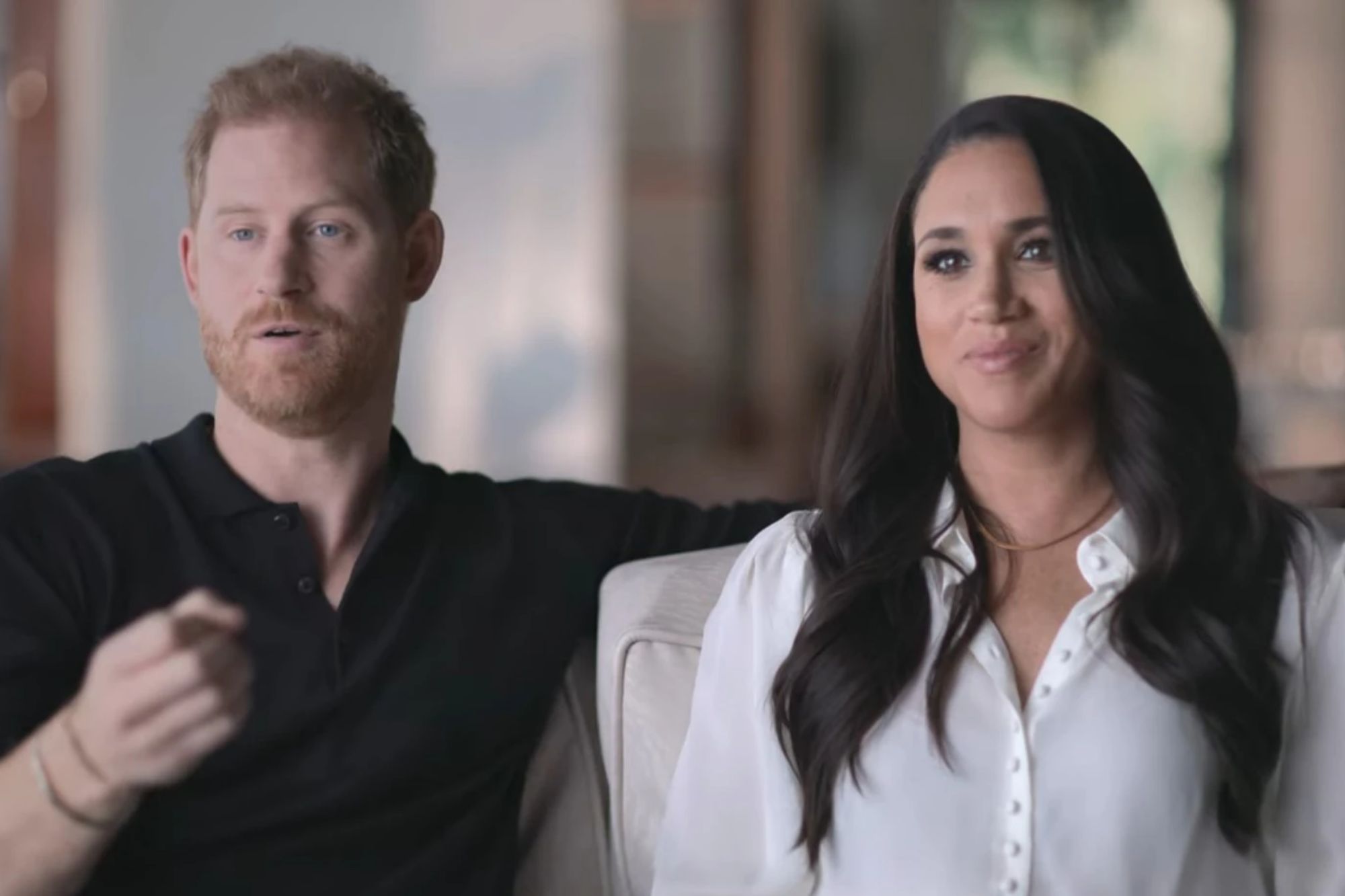 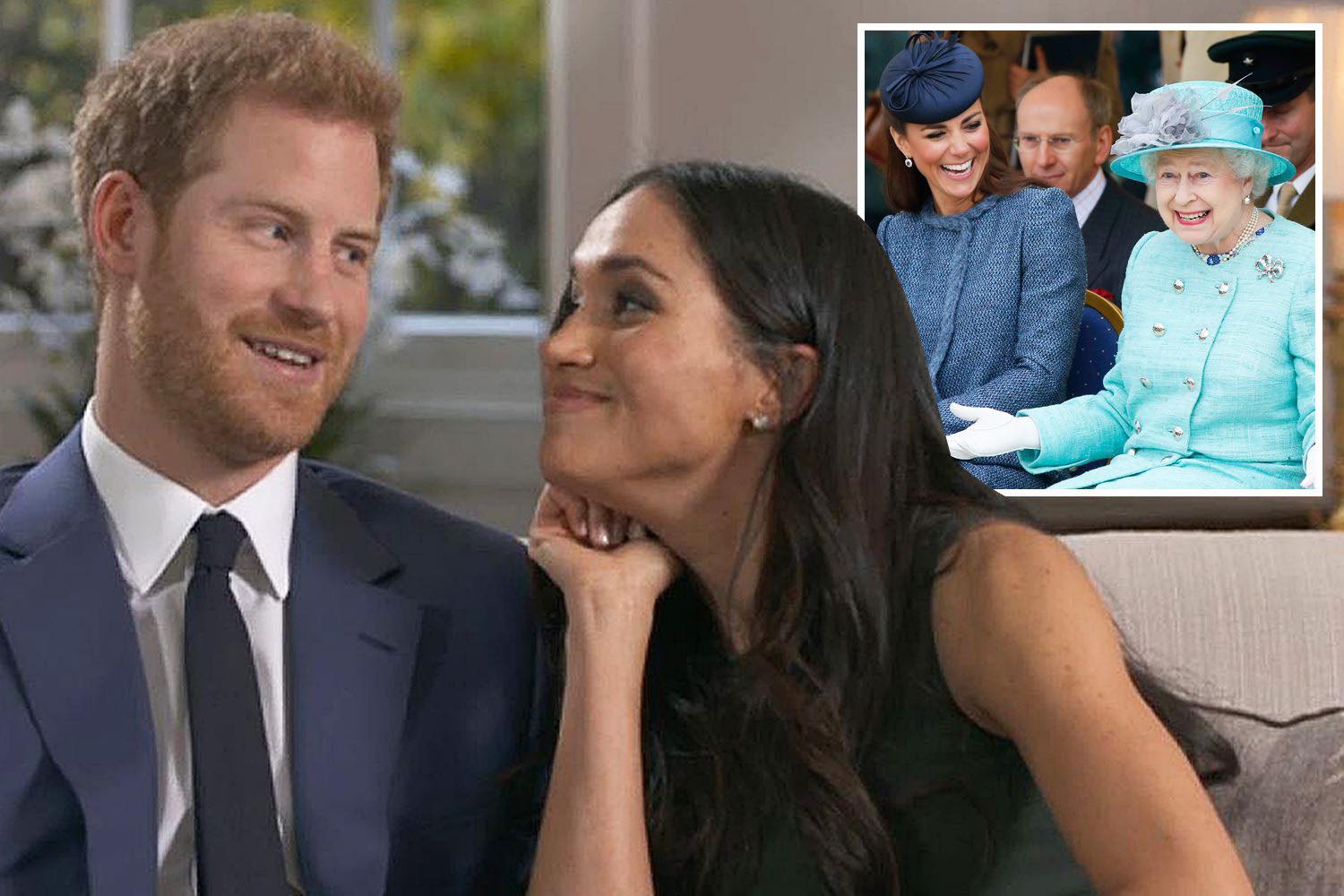 The cottage was also home to the now-Prince and Princess of Wales before they moved into their Kensington Palace flat.

The Sussexes were gifted the cottage by the late Queen.

However, despite the happy tone of the pictures, the couple have slammed the home for being too small in their new show.

In episode four, Meghan said: "It sounds very regal but Nottingham Cottage was so small."

I was dress-coded at work, HR said I was ‘pushing it,’ I can't help my curves

"Kensington Palace sounds very regal of course, it does say palace in the name. But Nottingham Cottage was small."

Their comments have outraged viewers on social media, who were quick to share their displeasure.

One commenter wrote: "Meghan & Harry complain about Nottingham Cottage? The very same building that once upon a time been Prince William and Princess Catherine's home?

"Who do they think they are?"

It comes as the release of the second half of the pair's six-part doc has seen Meghan accused of peddling conspiracy theories in an attempt to smear the Royal Family.

However, in one clip, Prince Harry did admit to missing the UK and "weird family gatherings".

He said: "I mean I miss the weird family gatherings when we're all under the same roof for certain times of the year.

"That I miss being part of the institution I miss the UK, I miss my friends.

"I've lost a few friends in the process as well, I came here because I changed, I had outgrown my engenderment.

"This [America] was the most obvious place to come this is where I think my mum was going to end up living potentially." 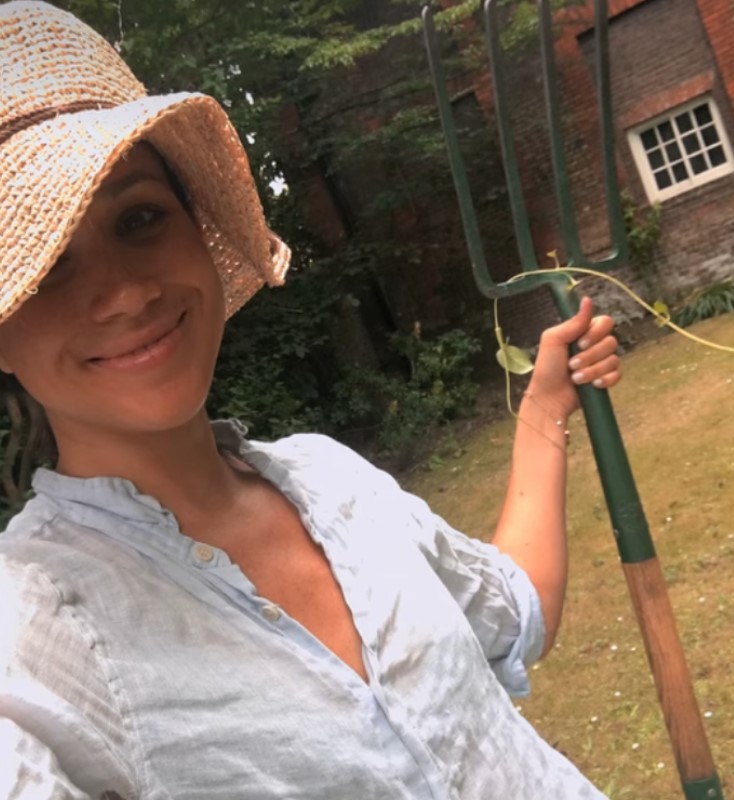 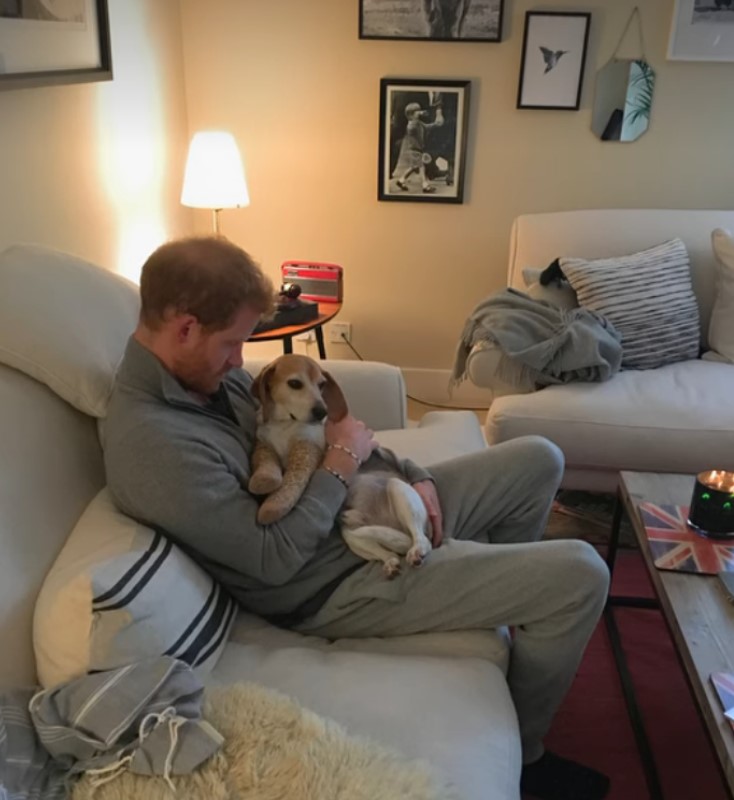 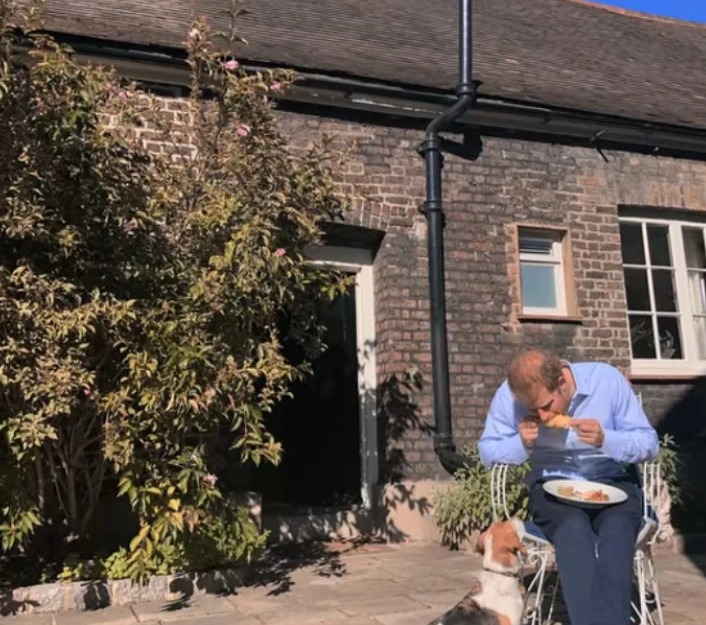 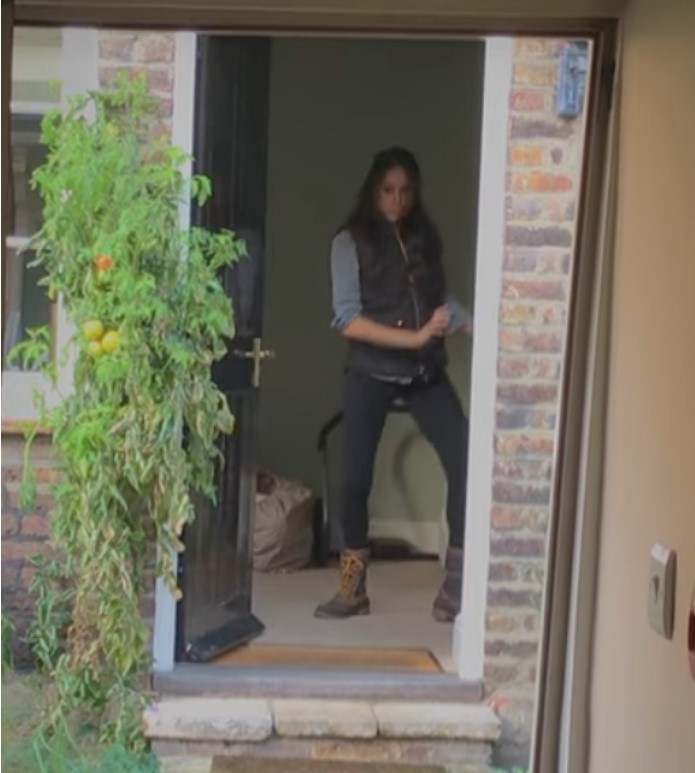