THERE are plenty of perks to having a video doorbell installed by your front door.

For example, they allow you to see who is ringing the bell from your phone and even speak to visitors when you're not home. 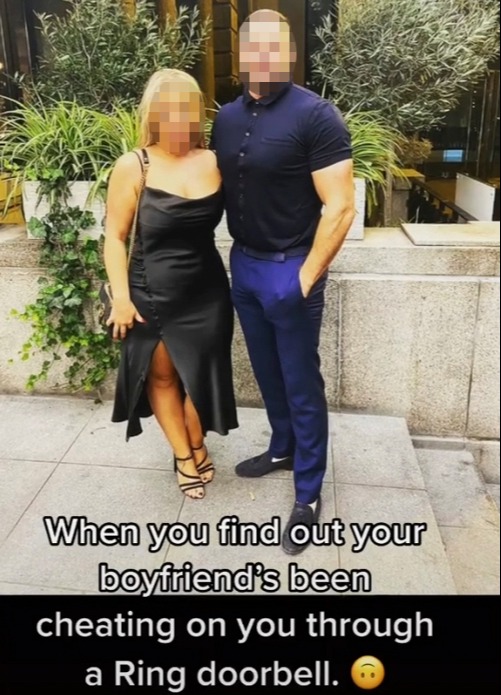 But in rare instances, they might just help you catch a cheater too.

Earlier this week, a TikTok user revealed how she discovered her boyfriend had been unfaithful when she saw a Ring doorbell recording of him visiting his other woman's house.

The viral video – which was been viewed by almost 600,000 people – starts off innocently enough, with the bloke lingering in the doorway and holding a water bottle in one hand.

However, he then goes in for a quick kiss before heading up the road. 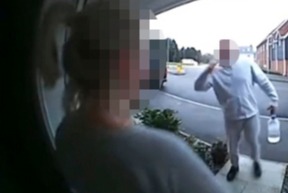 Not satisfied with his lacklustre goodbye, the woman he'd been cheating with then chases him down the path and jumps on his back for a cuddle.

The woman captioned the clip: "When you find out your boyfriends been cheating through a ring doorbell!"

In the comments, she went on to explain how she found the video on her boyfriend's phone after the woman sent him the footage because it was "funny".

After revealing the bloke was "long gone" out of her life, other users said she had a lucky escape.

"You're too good for him anyway," one replied. "Hope you left!"

Another added: "You deserve better hun than that."

For more relationship horror stories, this woman no idea her man was cheating – it wasn’t until she confronted him that he revealed he had eight affairs.

And this woman claimed her in-laws hate her – they all wore black funeral dresses to our wedding like they were mourning her husband.

Plus Nadia Essex revealed she caught boyfriend cheating after spotting he’d ‘burnt 500 calories at 2am’ on synced FitBits.