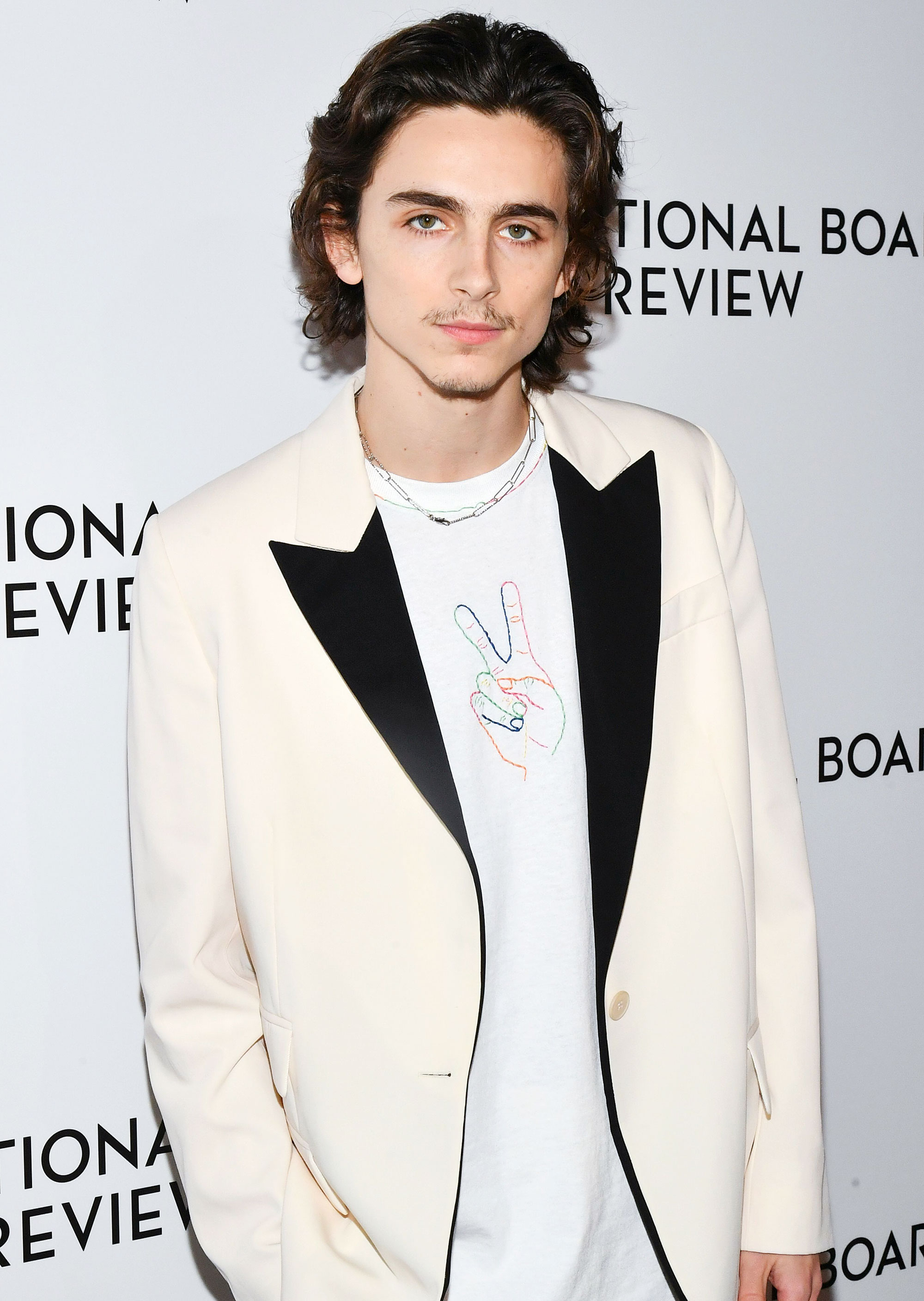 Dreams really do come true! Timothée Chalamet made a fan’s day when he wore a shirt she made him to the National Board of Review Annual Awards Gala, held on Wednesday, January 8.

The actor showed up to Cipriani 42nd street for a celeb-studded affair wearing a cream Stella McCartney suit and sporting a tiny mustache that has many fans up in arms. But underneath the sharp two-piece, he wore a white T-shirt featuring a rainbow outline of a peace sign.

Now, an ensemble like this isn’t necessarily game changing for the 24-year-old, as he has a knack for taking over the red carpet with bold, unique styles. But what is extra special is that a fan gifted him the now Internet-famous top. 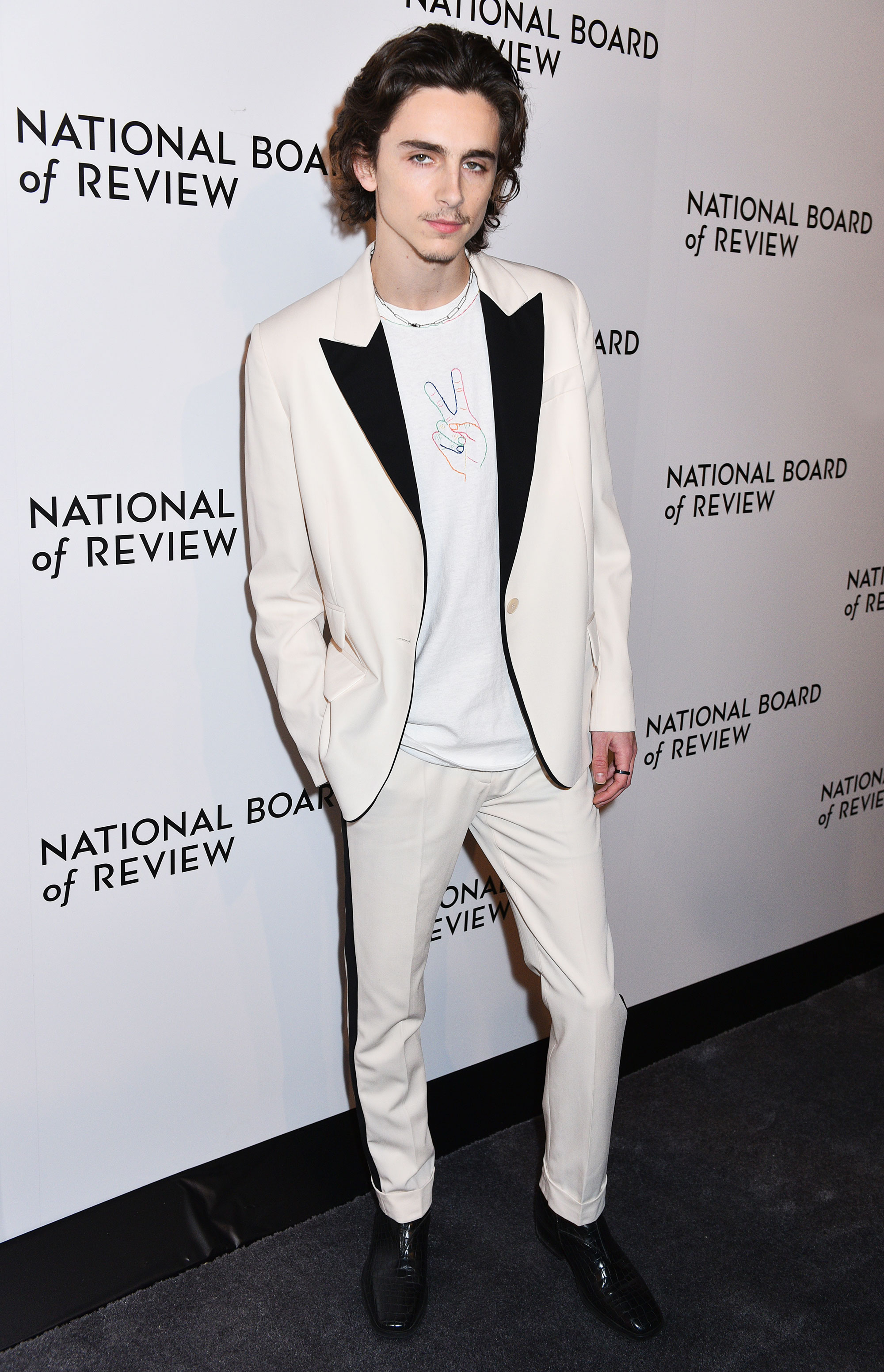 Avery Warsaw, the designer, saw a photo of the look and took to Twitter to tell the world. She tweeted, “@RealChalamet I MADE THIS SHIRT😭❤️❤️SO GLAD TO SEE YOU WEARING IT AHH LOOKS SO GOOD.”

In an email interview with Harper’s Bazaar, Warsaw revealed that she basically hand-delivered the special item to Chalamet. “I attended a Little Women screening this December and was lucky enough to see him, the cast and Greta [Gerwig] in person,” she explained. “I gave the shirt to his agent, Brian [Swardstrom], as they were leaving the theatre.”

“Seeing him wear it was so exciting and surreal for me,” she continued in the email interview. “I couldn’t believe it and still can’t believe it. His style inspires me so much, so it’s very cool to see him wear a shirt that I designed and made.”

Chalamet’s style is truly iconic and many of his looks make headlines. For example, he slayed the low-key-yet-fancy game in a sequined Louis Vuitton hoodie to the U.K. premiere of The King in October. And a month prior, Twitter exploded when the star hit the Venice Film Festival in a Haider Ackermann in a modern, belted satin suit with heeled boots.