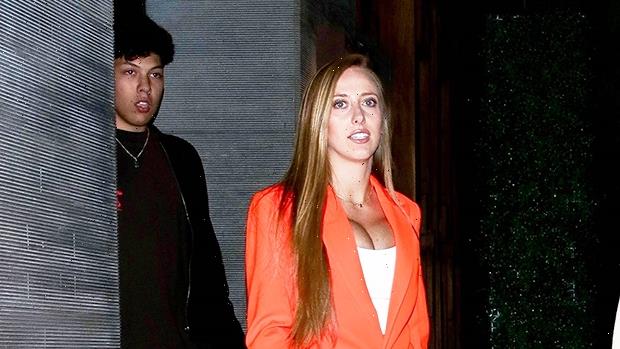 Brittany Matthews came to slay in an orange blazer and mini skirt during a night out at Nobu. The new mama showed off her legs for days just two months after giving birth.

Hot mama alert! Brittany Matthews got gussied up for a night on the town in West Hollywood, and her post-baby style is sizzling. Just two months after giving birth to daughter Sterling Skye Mahomes, Brittany rocked a mini skirt and fitted blazer that showed off her already slim figure. The bright orange skirt suit, paired with a white tank top and ankle boots, gave off major mod vibes. 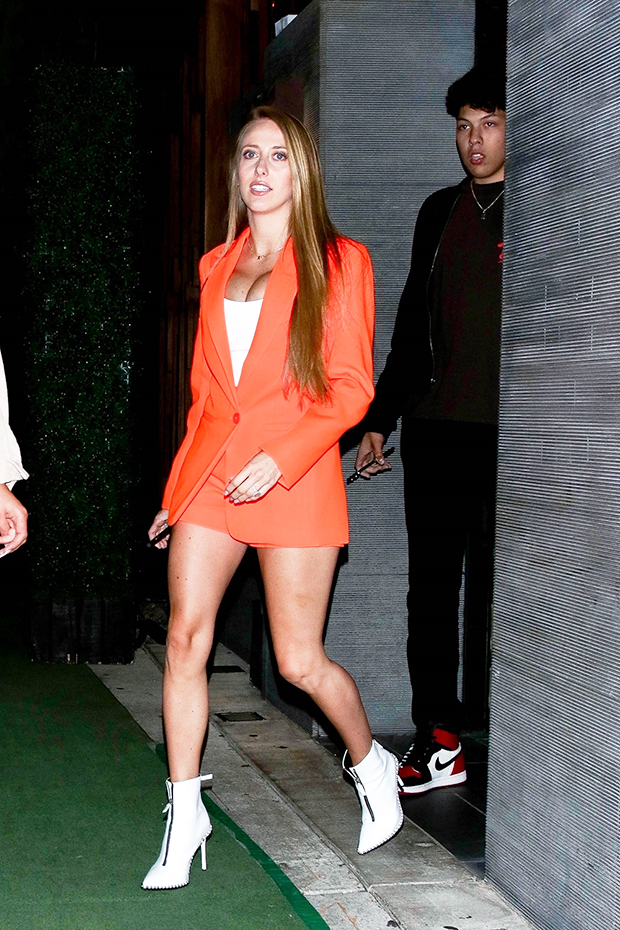 The new mom, 25, definitely deserved her April 15 dinner at Nobu. Accompanied by future brother-in-law Jackson Mahomes, she looked like she was having a blast. Brittany and her fiancé, NFL star Patrick Mahomes, 25, welcomed their baby girl into the world on February 21. They announced the joyous news on Instagram with a photo showing a tiny hand clutching Brittany’s finger in the hospital. The new mama wore a sparkly “Sterling” necklace.

The happy couple have shared plenty of adorable photos and videos of their first child on Instagram over the past two months. In early March, Brittany shared a cool video showing her baby bump progression during her trips to the gym. At the end, she’s cradling little Sterling on her flattened stomach. So cute! 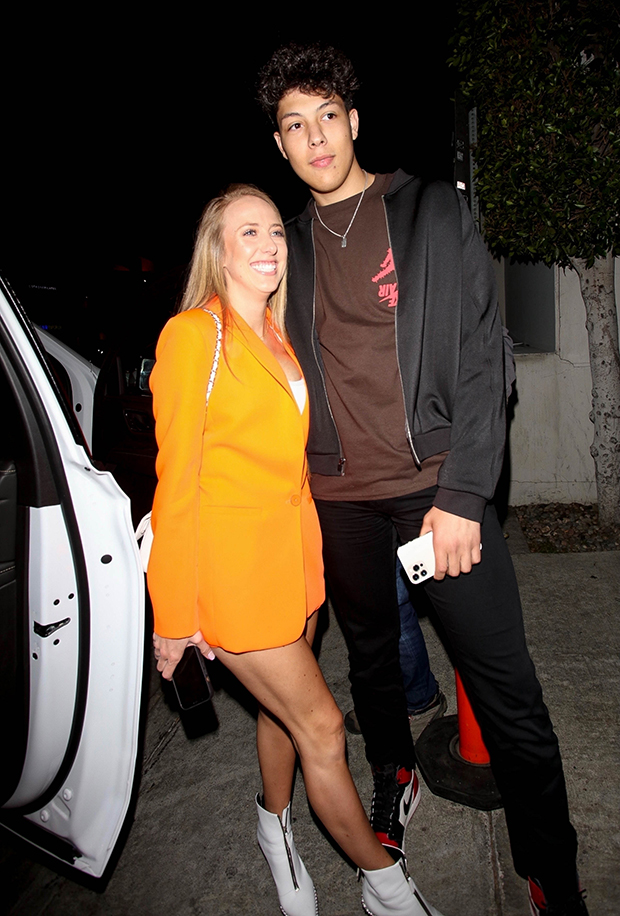 Patrick was over the moon about becoming a first-time father. Just two weeks before Brittany gave birth, he expressed his joy in an interview with 610 Sports Radio Kansas City. “I mean really, anytime, I could be having a baby girl, and I’m super excited about that. It’s gonna be something special, and I’m excited for the journey of trying to find ways to better myself and become the best dad that I can be,” he said.