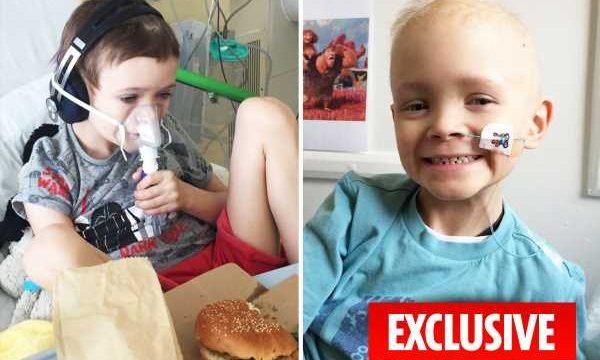 BRAVE Harry Banks will fly to Spain today for life-saving cancer treatment — thanks to The Sun on Sunday readers.

Harry, ten, has been struck by neuroblastoma twice in four years. 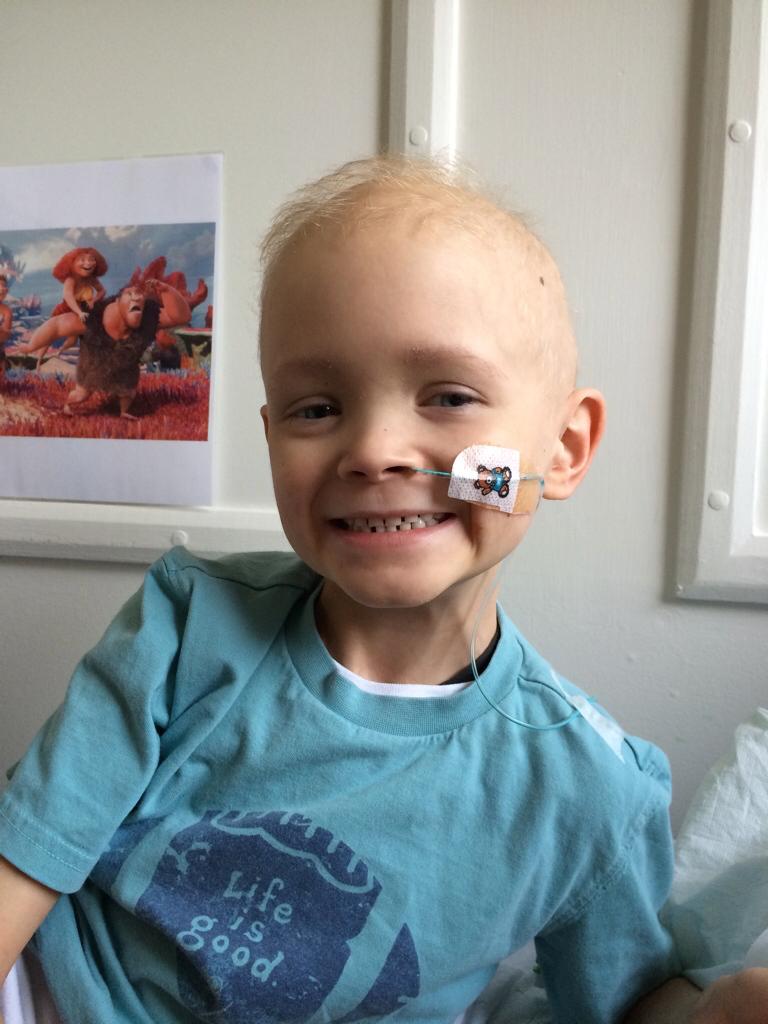 But thanks partly to the generosity of our readers, the figure raised now stands at more than £800,000.

It means Harry, who has an aggressive stage 4 of the rare form of children’s cancer, can head to Barcelona for the gruelling seven-month stint.

The sports-mad lad will start tests tomorrow before being fitted with an Ommaya reservoir placement — a tube that will feed an antibody to his brain. His treatment starts fully on June 12.

Nina, of Woburn Sands, Bucks, said: “This is really just the start for Harry and we can’t get carried away, but we know you are all behind us.

The Sun on Sunday says

So much so that Sun on Sunday readers helped towards the staggering £800,000 raised so that the 10-year-old could get pioneering treatment abroad.

Thanks to your generosity, the sports-mad boy and his family fly out to Spain today to try out ground-breaking new drugs that could save his life.

Harry’s courage and spirit have been an inspiration. We wish him well.

“It’s great that Harry has a date for treatment but daunting as it means we will be away for up to seven months.”

When we first reported on the fund for Harry, who is supported by England rugby aces Danny Cipriani and Dylan Hartley, it stood at £260,000. 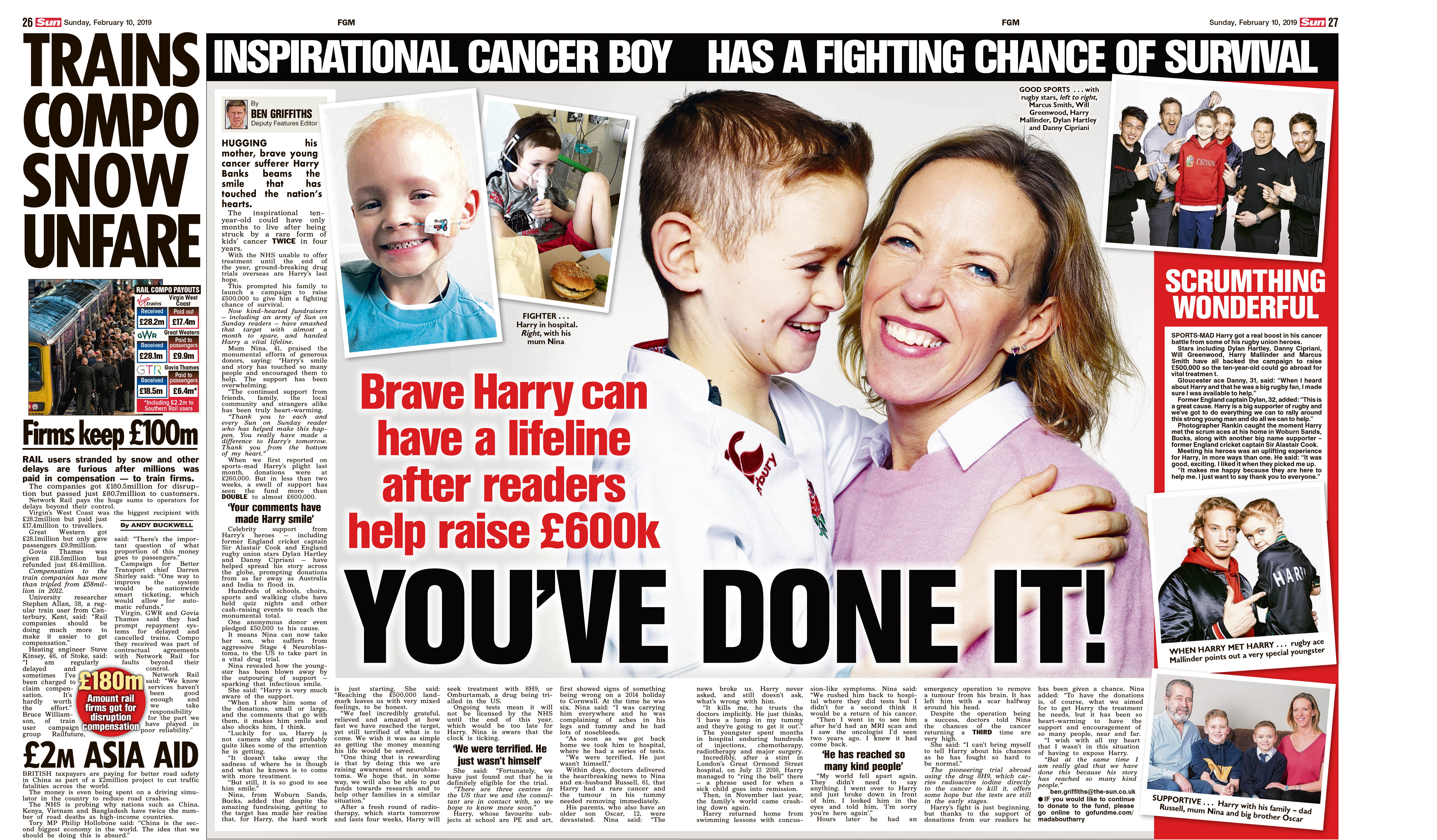 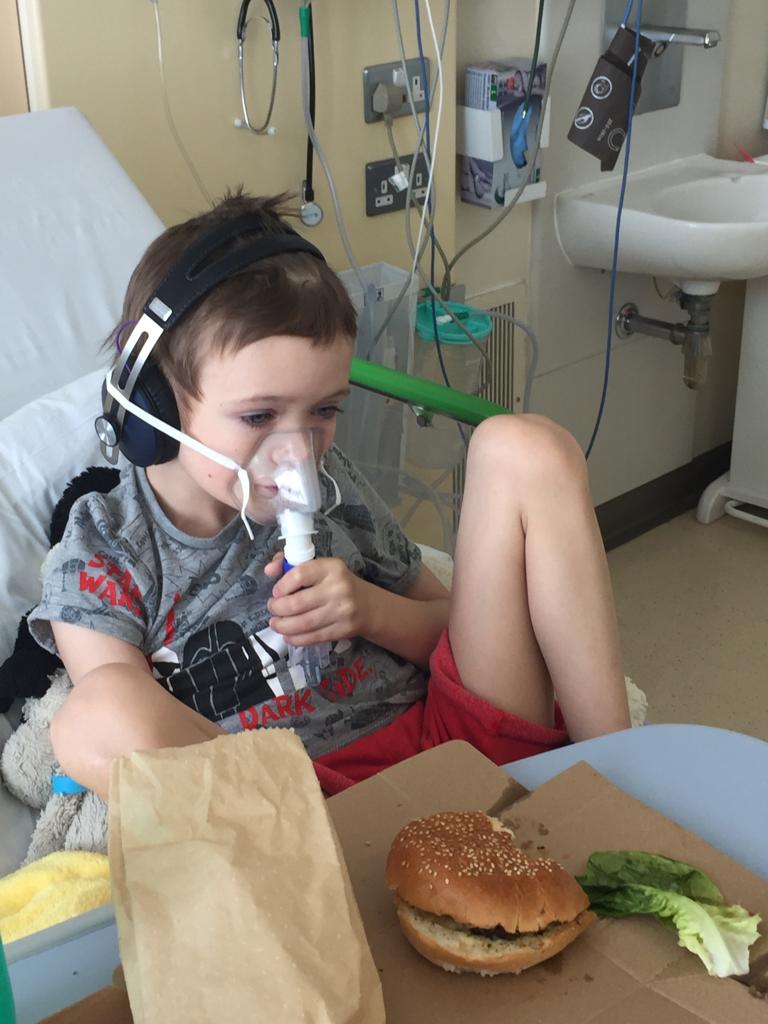 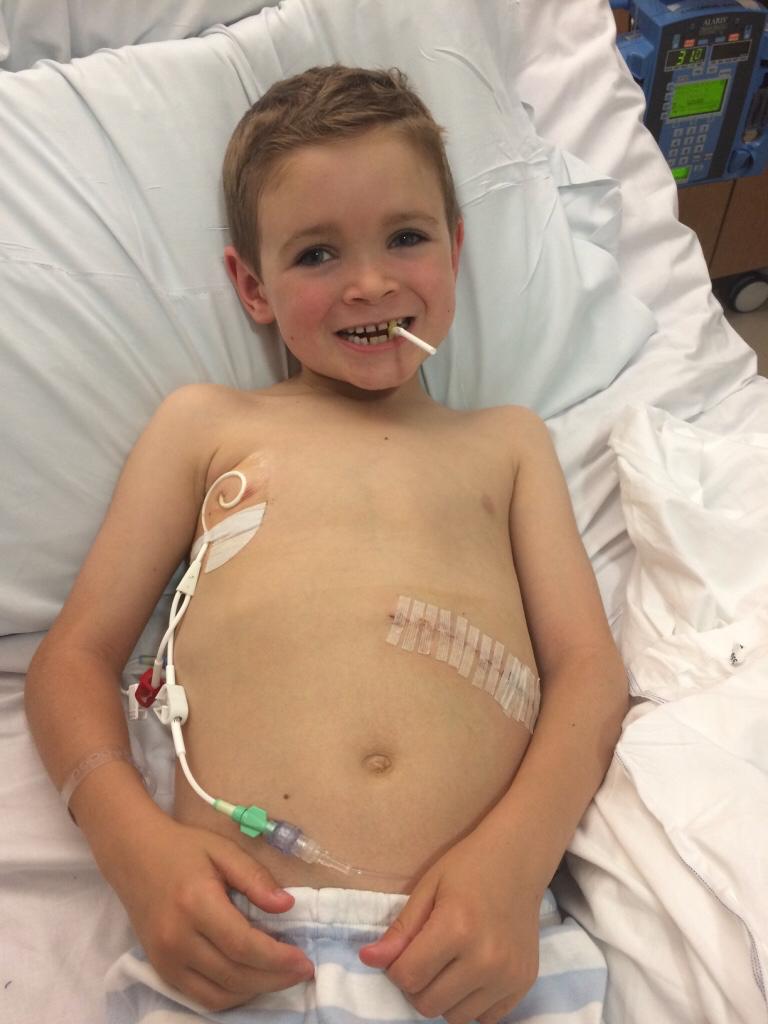 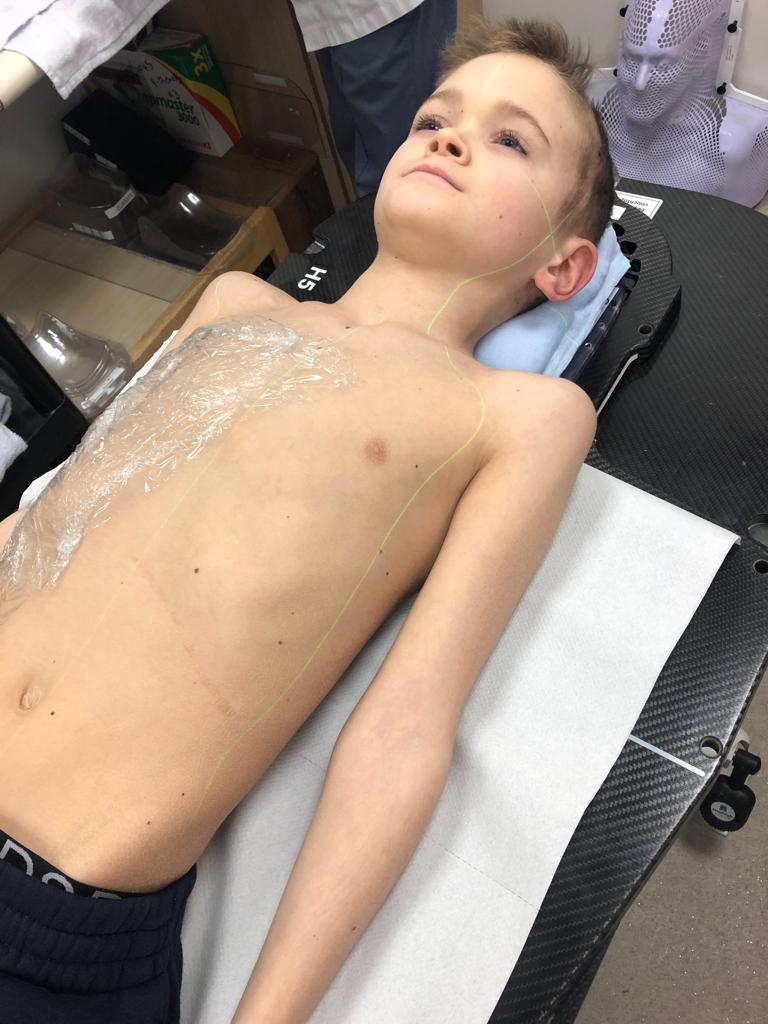